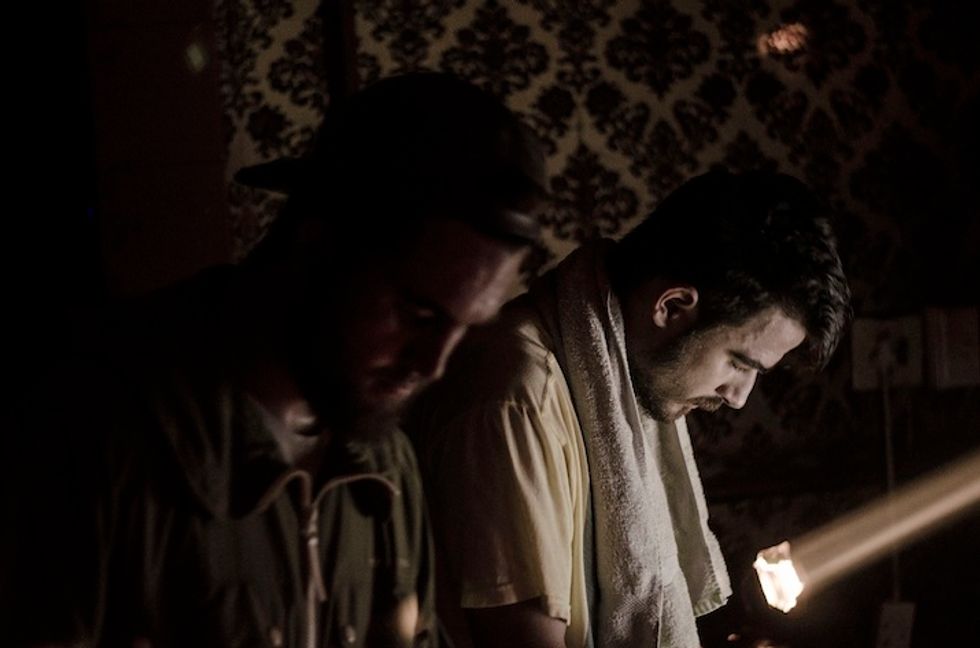 We caught up with Christian Tiger School at their Johannesburg launch party for "Chrome Tapes."

Christian Tiger School, the Cape Town-based production duo of Sebastiano Zanasi and Luc Vemeer, made a trek up north to Johannesburg where they launched their sophomore album Chrome Tapes (part of a series of four releases). The producers were supported by friends such as Jab A Jaw and Felix Laband, the South African electronic music legend who's recently scored music for the gritty Cape Flats biopic Four Corners. We got to hang out with CTS during the launch, learning a couple of things about their upcoming projects.

Christian Tiger School dwell at the confluence of where mainstream hipsters go to retire and full-out creative hippies are born. None of the music on Chrome Tapes will be available on-line until the fourth and final installment gets released — that's worth about three lifetimes of hipsterdom and roughly nine months on Earth time.

During the making of Chrome Trapes Seb was listening to a lot of house and techno, while Luc simply listened to "like, four house songs regularly throughout the past year." Producer Jon Hopkins is one of the names he dropped. Besides studying jazz guitar at the South African College of Music, Seb is also a member of Fever Trails (Nick Van Reenen of Bateleur's electronic music project) and plays with his own outfit Yes In French. Meanwhile Luc continues to expand his subversive beat exploits as Desert Head. His music is featured on two recently-released compilations, the production collective Gravy's Gravy002 and naasMusic's naasMUSIC Presents: Slip Slop. He's also got a possible collaboration with Damascus in the works. On top of all that, the two producers are also working on a film to be released on VHS (chalk up another hipster point).

Hot on the heels of their Player Xchange collaboration with Bilal and World's Fair, CTS will be making an appearance at our Okayplayer x Soulection SXSW Showcase tonight. Although, never ones to get overwhelmed, Seb and Luc and pretty chill about it all.