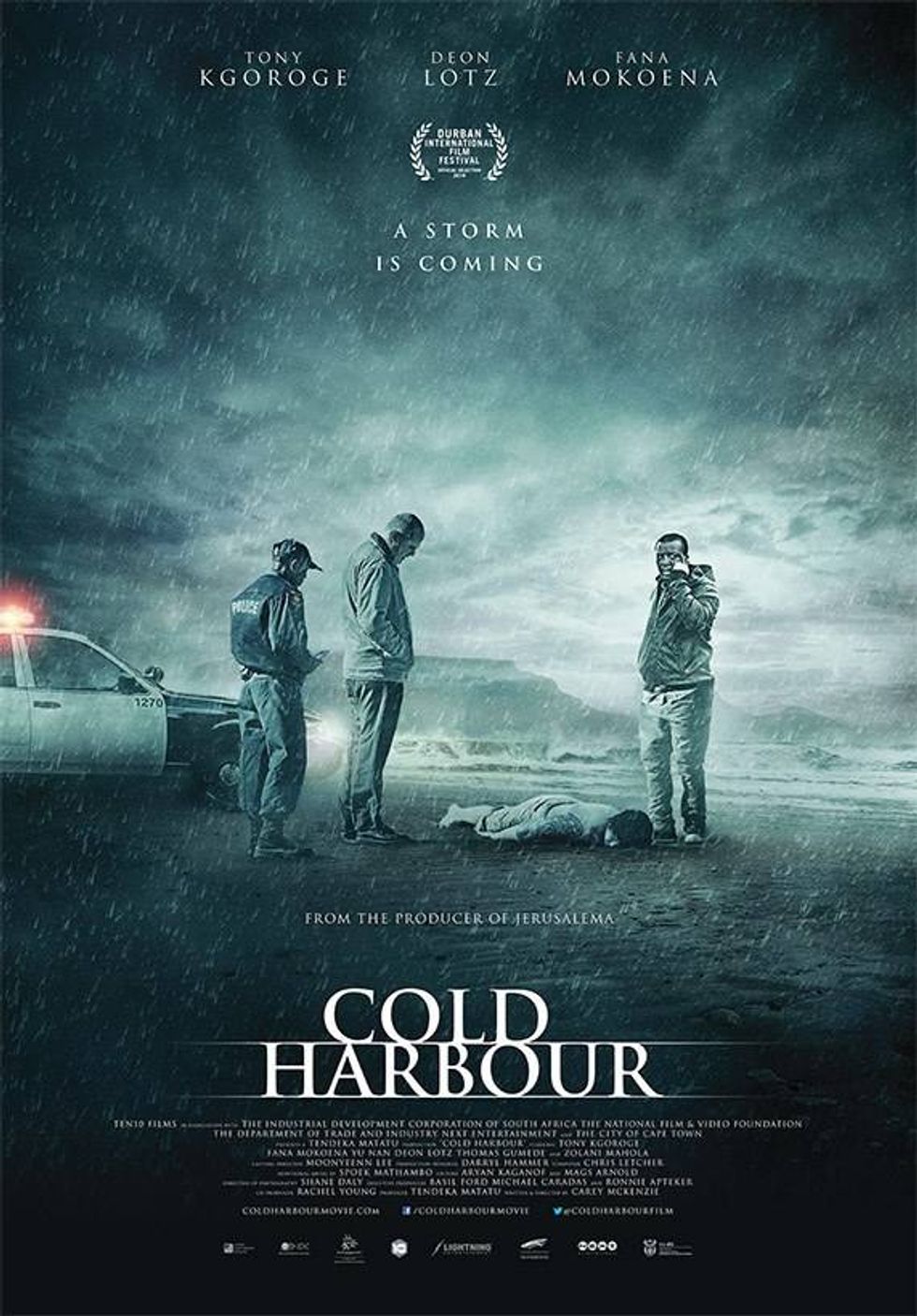 The trailer for Carey Mckenzie's South African noir action/thriller Cold Harbour has surfaced online, and with it comes the announcement that SA's own Spoek Mathambo helmed the film's original soundtrack alongside composer Chris Letcher with contributions from CHLLNGR, Theo Tuge and more. Actor Tony Kgoroge, fresh off his turn as ANC General Walter Sisulu in Mandela: A Long Walk To Freedom (which we had reservations about), stars in the lead role as township cop Sizwe Miya, who succumbs to corruption within the police force while investigating a turf war between abalone smuggling rings. Fana Mokoena, Yu Nan, Deon Lotz, Thomas Gumede and Zolani Mahola round up the cast in the project produced by Tendeka Matatu'sTen10 Films. The film, an official selection at the 35th Durban International Film Festival, is due to hit South African theaters on July 25th. Watch its shadowy trailer and read the full synopsis below.

"The mutilated body of a Chinese man washes up on a Cape Town beach. For township cop Sizwe Miya , this is an opportunity to prove himself and earn the promotion he desperately needs. His boss and mentor, Venkse (Lotz), gives Sizwe the case but assigns a rookie cop, Legama (Gumede), to keep an eye on him.

Sizwe discovers that the homicide is linked to the Triad perlemoen smuggling in Cape Town. A Chinese shipping executive, Soong Mei (Nan), tries to seduce him into giving her information about the case.

Sizwe seeks advice from his former comrade Specialist (Mokoena), now a local crime boss. A tip from Specialist leads to a major abalone bust, but within hours the seized perlemoen is stolen.

Sizwe is promoted to detective on the back of the bust, but it's a bitter triumph; he's being played and he knows it. In a world where self-interest and corruption have overtaken loyalty and honour, Sizwe is left with no-one to trust. Integrity demands that he take the law into his own hands."