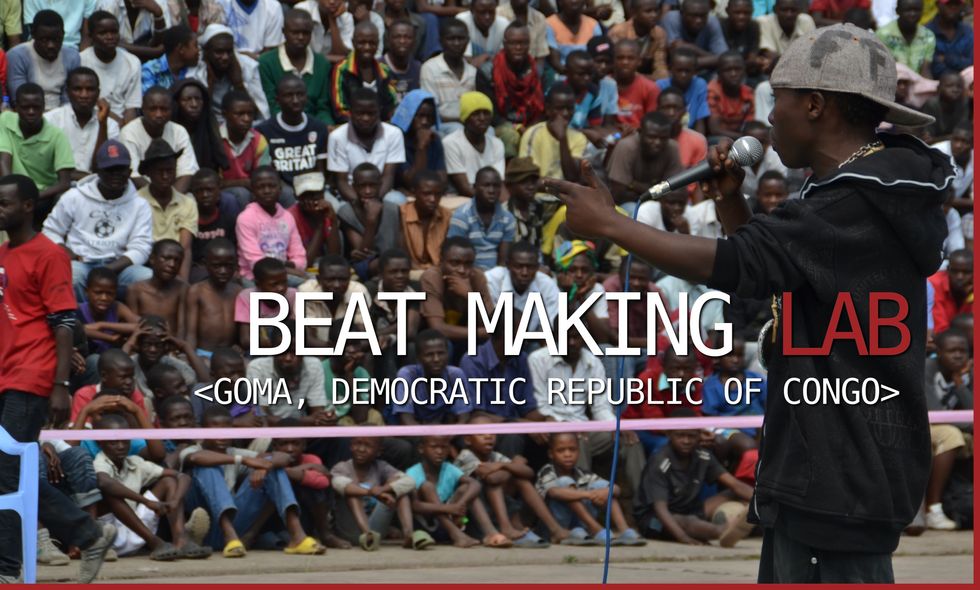 We previously broke you off with the preview, now view the first short documentary following UNC Chapel Hill professors Apple Juice Kid (producer/DJ/drummer) and Pierce Freelon's (professor/MC) project in the Democratic Republic of Congo — in which the two brought their Beat Making Lab curriculum to Goma in partnership with local non-profit Yole!Africa. This short documentary is the initial release among many including a full song and video created by the youth of Goma, as well as more songs and videos crafted in DRC.

In addition to co-teaching Beat Making Lab, Apple Juice Kid and Freelon founded ARTVSM— a company that is in the process of developing an open source beat making software for implementation in similar Beat Making Labs across Africa and the global south. Watch the short documentart video above and stay tuned for more from Congo Beat Making Lab.