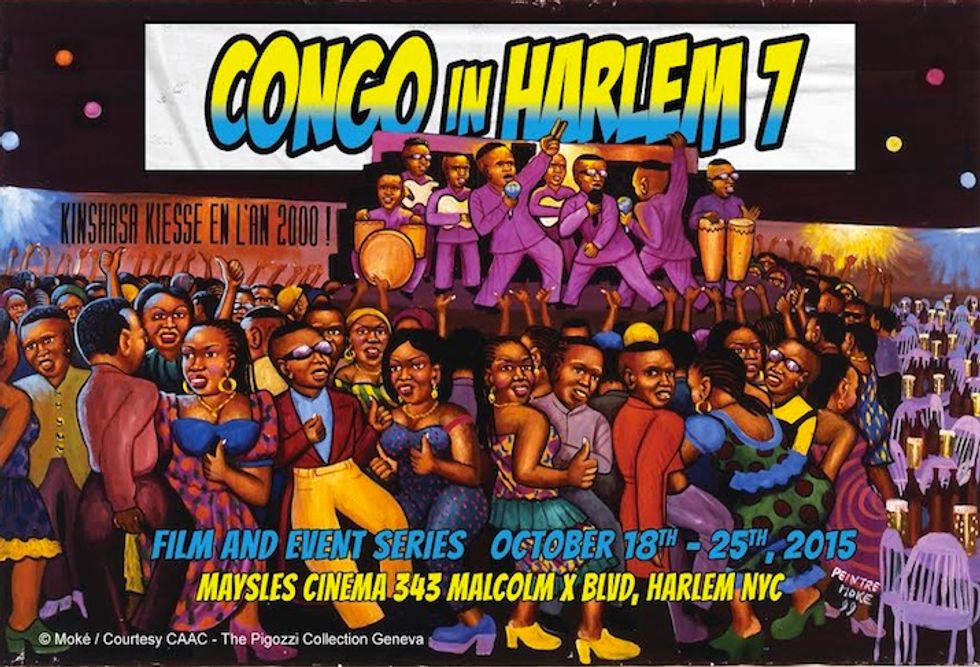 For the next week, an iconic Harlem movie theater will shine a spotlight on Congolese cinema with a series of films, exhibits, panel discussions and events centered on the DRC's history, culture and politics. Now in its seventh year, Congo In Harlem kicked off last night at Maysles Cinema with a screening of Roger Jamar's 1950s stop-motion cartoon The Palavers of Mboloko followed by Congolese animator Jean-Michel Kibushi's short documentary about Jamar, "the pioneer of African animated film."

"As the global community becomes increasingly aware of the tragedy in the Congo, it is paramount that they also be exposed to Congo's rich and vibrant culture," Friends of the Congo's Carrie Crawford and Maurice Carney write. "Congo in Harlem taps into Congo's greatest resource and potential; its people and culture, and offers the Harlem community in particular and the global community in general the opportunity to experience the depth, diversity and wonder of Congolese life and culture."

Some other highlights this year include screenings of Kristof Bilsen's Elephant's Dreams documentary on public sector workers in Kinshasa, the U.S. premiere of emerging Congolese filmmaker Wendy Bashi's Rumors of the Lake, Angèle Diabang's documentary on Congolese surgeon Denis Mukwege and Bram Van Paesschen's Empire of Dust doc on the relationship between the head of logistics for a Chinese rail company and his Congolese translator.

Congo In Harlem runs through October 25 at Maysles Cinema in New York City (343 Malcolm X Blvd). Head here for a full schedule of events. Keep up with Congo In Harlem on Twitter, Facebook and their official website.