Internet Shut Down in Democratic Republic of Congo Continues 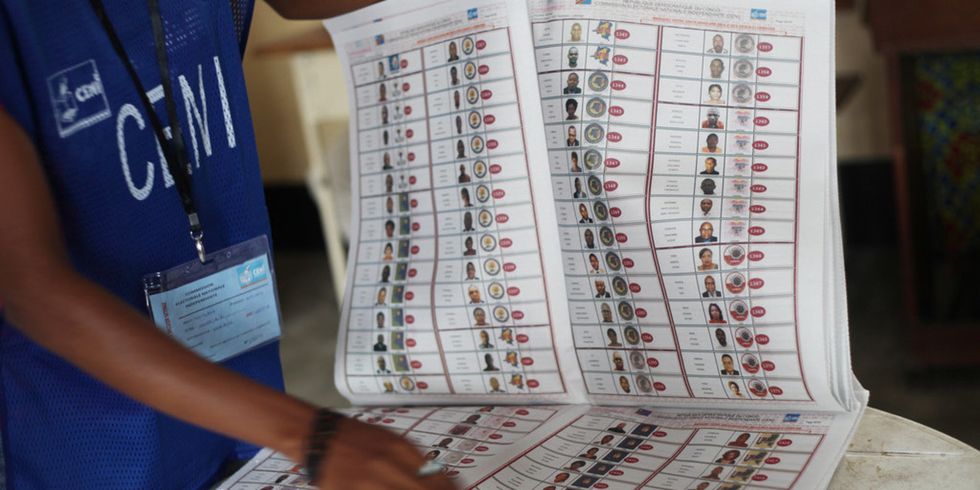 image of Congolese ballot via Monusco

Here are some updates on the contested election

The internet has been down in the Democratic Republic of Congo for three days now following a controversial voting process.

This year, President Joseph Kabila will be stepping down from office after 18 years in power. The presidential race between the new candidates Martin Fayulu and Felix Tshisekedi has been filled with controversy from the fire that destroyed voting machines earlier on in the elections. Following that incidence, BBCreports that 1.26 million voters were excluded from the voting process because of the ebola outbreak and logistical reasons, 20% of polling stations opened late, and the military was reported to be intimidating voters.

As Internet is shut down in Congo since few hours, any news of our dear RDC let us know, what a sad way to end the… https://t.co/cpuIIFYXN0
— Noëlla Coursaris (@Noëlla Coursaris) 1546264503.0

Commenting on why this internet shutdown was necessary, the senior adviser to President Kabila, Barnabé Kikaya bin Karubisaid that the government wanted to stop any fake results from circulating and inciting unrest. "That could lead us straight toward chaos," he concluded.

Alongside an internet shutdown, text messaging has been difficult for most people and the censorship against the media has escalated. The signal for Radio France Internationale (R.F.I.), a news source that was tracking the election, is also down. On Monday, the government had banned the main correspondent for RFI Florence Morice from commenting on the election after accusing her of putting out fake results. The ongoing censorship has caused many people to doubt the credibility of the elections.

The results of the election are scheduled to be revealed on January 6.

The People of the Democratic Republic of Congo have been divided over the years by very powerful forces to take adv… https://t.co/dicpWa6D6R
— john kyalo mulinge (@john kyalo mulinge) 1546268030.0