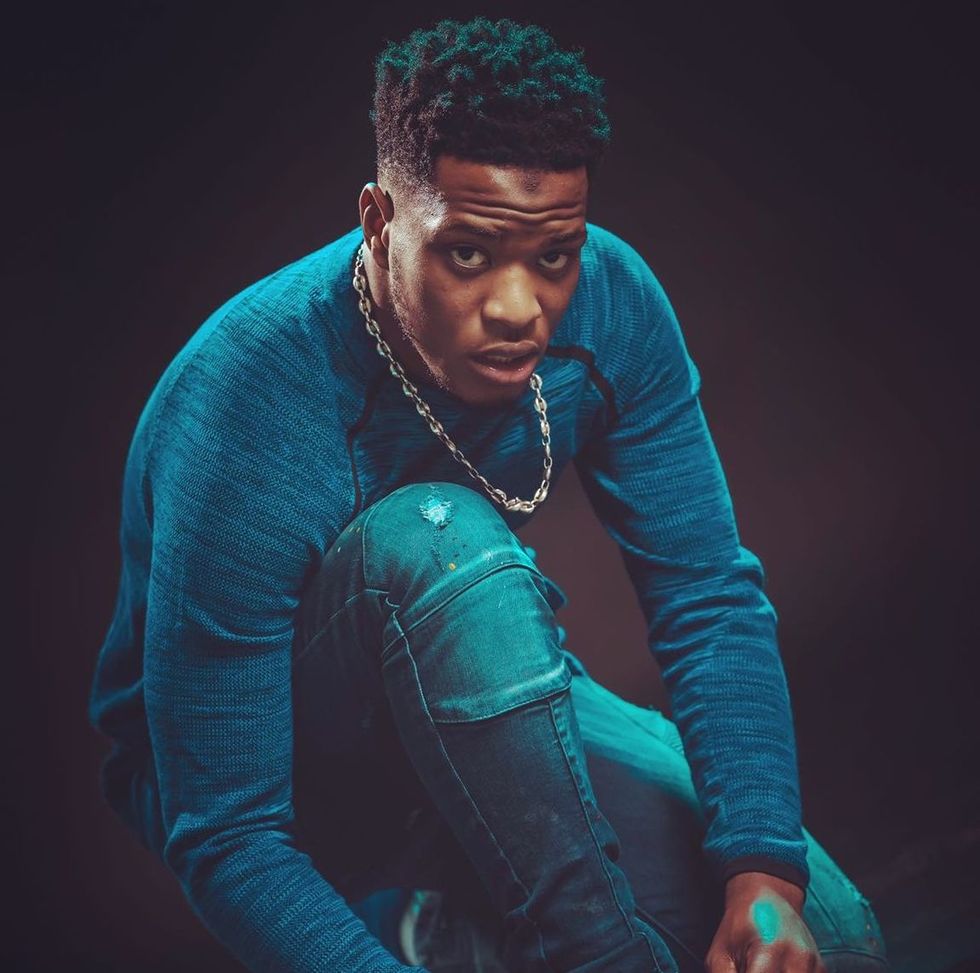 Get to know these 10 Congolese musicians making major waves across the world.

For decades, Congolese musicians have made major waves throughout the world with rumba, soukous, ballads, and ndombolo.

Today's Congolese artists serve as ambassadors much like the greats that came before them: Koffi Olomide, Papa Wemba, Pépé Kallé, Zaiko Langa Langa, Awilo Longomba, Madilu System, and Ferre Gola to name a few. Music is a critical export for both the Congo and the Democratic Republic of Congo.

The Congolese diaspora has migrated to the West but has not forgotten its roots. In Europe, Congolese musicians fills their raps with calls to home. Today's French rap is filled with lyrics in lingala, rumba guitar riffs and first hand stories of what it's like to deal with day-to-day life as an immigrant. French music has undergone a "Congolization".

Explore the list of musicians pushing this movement forward below:

Gandhi Djuna, better known as, Maître Gims, is a 31-year-old Franco-Congolese musician whose career spans 15 years. Born in Kinshasa, Democratic Republic of the Congo but raised in France, he's paved the way for the majority of the men on this list. The superstar got his start rapping in college with the hip-hop group Sexion d'Assaut, which was comprised of 8 rappers from all over Paris. The apple doesn't far from the tree as his father, Djuna Djanana, was a vocalist for Papa Wemba and many of his siblings have pursued careers as musicians. In 2013, it was reported that he was one of the highest paid musicians in France. His solo albums, Subliminal (2013) and Mon cœur avait raison (2015) topped French charts. His newest album, Ceinture noire, coming out later this year is highly-anticipated. Maître Gims' star shines so bright it's no wonder he never takes off his sunglasses!

Bedaya Singuila N'Garo or Singuila is a French R&b singer of Congolese and Central African descent who's been serenading audiences since 1998. He has released four albums and shows no signs of stopping with recent singles, "Retour de flamme" and "Ay Mama," as well as a seat as a "The Voice Africa" coach.

Dadju Djuna Tsungula is Maitre Gims 26-year-old little brother. It comes as no surprise that he's musically inclined, with large shoes to fill with regards to his father and brother. Dadju's childhood was filled with sounds of Congolese religious music, rumba, rap and R&B. He signed to his brother's label Wati B as a member of the duo The Shin Sekai, the other member being Abou Tall, and from 2012 through 2016 the two made a few great songs, namely "Mes Epaules" and "Aime Moi Demain." His big break would come with the start of his solo career, the song "Reine" and the release of his first album Gentlemen 2.0 at the end of last year. Dadju just wrapped an African tour and is set to tour Europe this spring. He's already sold out Paris' notable Olympia Music Hall two times over in less than 10 minutes each time! Although his brother's success offers him visibility, he's well on his way to carving his own path with his infamous adlib, Oh Oh Ah.

Two years ago, William Kalubi was unknown. Today, he's the unique Belgian-Congolese rapper, Damso, with a millions followers and a record deal with 92i. Damso's noted for ambitiously never reproducing a flow from one track to the next. His second 3x platinum album, Ipséité, catapulted his career. In it, he discusses his fears, problems, his home country of the Democratic Republic of the Congo, and attempts to find himself. He recounts leaving the DRC due to civil war and the issues ravaging his country. His body of work is as eclectic as it is dark and violent. His writing is pictorial and full of obscene images. Fans yearn for more confessions from the artist.

The hooded rapper/producer Siboy was born in Brazzaville, leaving during his youth to live in France. He recounts being homeless with his family sleeping in both metro stations and state housing. He'd find refuge in trap music and accidentally happened upon his current career after playing with a friend's studio equipment. As you would expect, his trials and tribulations can be heard in most of his work. Last June, his first album Special, comprised of trap and afrobeats, made a bang. His platinum single "Mobali" was lighter than the slew of aggressive tracks found on his debut. The hood he dawns to hide his identity hasn't stopped him from being a part of the new school of French rap.

Stan Dinga Pinto aka Niska's three albums Charo Life, Zifukoro, and Commando have all topped France's charts. His electrifying music calls on his fans to dance and bob their heads to every track. He's further hypnotized audiences with the phrases he has them chanting along to, "Bendo," "baye," and "hello". The Universal Music France and Barclays Records signee also commands via his accessible social media presence.

In today's day and age, many young men and women are making name's for themselves using the internet. KeBlack is no different. This French singer got his start on Youtube recording himself both singing and freestyling. During the Euro 2016, French soccer stars Patrice Evra and Paul Pogba recorded themselves dancing to his chart-topping track, "J'ai déconné." The publicity this stunt afforded him and the videos he already had up went viral and led to the release of his first album Premier étage in January of 2017. With musical talent rooted on a love of Papa Wemba and French rapper Kerry James, this artist is sure to go far.

The ex leader of Congolese dance troupe, Bana C4, released his first solo album De la haine à l'amour in late 2017. It was a natural progression brought on by the success of his 2016 singles, "Aveugle" and "Mayday." The artist, who's signed to Bomaye Musik, produced a gem and even features a collab with soukous great, Koffi Olomide.

Deogracias 'Gracias' Masomi is a Congolese-born, Finnish rapper fusing his African roots with an upbringing in a country that's overwhelmingly Caucasian. With two English albums under his belt, Globe (2012) and Elengi (2014), and his work on a third, he's breaking boundaries in a country that lacks representation by people like him. This music video above, in particular, screams black boy joy. It was directed by a collective of young people of color, Gracias and Congolese football player, Nosh A Lody and styled by Congolese stylist Patisse A Lody. It even features clothes from the Congolese brand Kasaï Finland.

Mawikiya Ngara Van or Naza is a Franco-Congolese rapper who very evidently draws influence from his home. His atypical voice is unlike any other in the industry. His music is as much rap as it is neo-rumba. It's great for festive occasions, as well. The release of his first album, Incroyable, had fans buzzing last year. Naza's got millions of views under his belt and is making a second album.