Converting My Mom to a New Religion: Thrifting 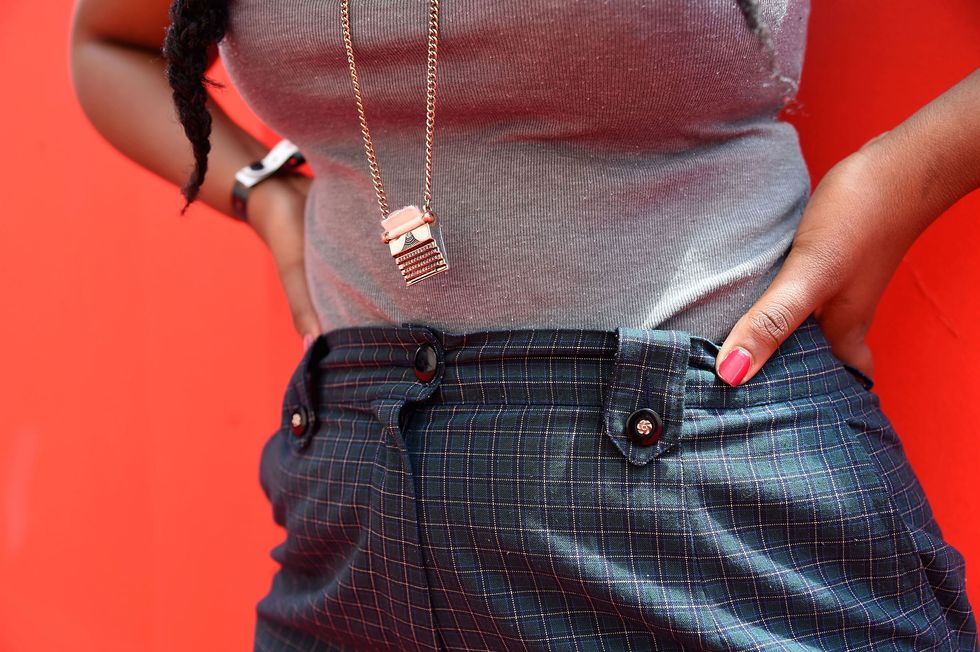 Growing up in Soweto, second-hand clothes were always frowned upon in Lerato Mbangeni's family.

My mother never knew of thrifting before I mentioned the word to her a few weeks ago. Even then, I’m sure it slipped into her ear and straight into the discard box of her brain. But she knows about those heaps of clothes on the side of the road in the CBD and when she found out that I sometimes dig through those she laugh-yelled and clapped her hands in disbelief.

“You bought that e-Dunusa?” she asked gasping through a grin.

Dunusa, the isiZulu word for bend over, characteristic of the action you complete when reaching down to sort through a pile of second-hand clothes to buy for dirt cheap. Not a glamourous action in any instance.

My mom has always been a savvy shopper with closet shelves full of style. Her expensively-dressed and well-off friends at work were always asking her where she got her clothes. It was always a tiny, cheap shop in the CBD with no-brand items stacked to the ceiling. But her stuff was always brand new.

In my family, a Soweto-based lower class group of people, second-hand clothes were frowned upon unless an item was directly from a relative. The people that thrifted did it in secret, washing or dry-cleaning the clothes and telling everyone they bought it somewhere they didn’t. I don’t know if it’s because it’s seen as an obvious sign of poverty or whether it was the idea that it might be a dead stranger’s clothes. Whatever the reason, thrifting was only a concept I encountered in my adult life. And one my mom only started living a few weeks ago.

Courtesy of the author.

When I was a little girl she dressed me very well (based on my #TBT pics). But when I hit puberty we began to clash. I was bordering on the tomboy aesthetic and she wanted a girly-girl to dress up so I turned the feminine things she bought me into mismatched, confused outfits that were telling of my equally confused teenage self and she all-but disowned me.

Fast forward a few years to the newly out-of-varsity me with a miniscule budget and a more actualised understanding of what style is. I remember walking into my first thrift shop. It was on the not-so-pretty side of town that I was living in. My boyfriend, an actor and writer, was looking for a costume for some performance and we walked in on a whim after something caught his eye.

It was musty and dusty in most corners, but I was living. My eyes bulged at things priced at R10 and soon I had many items in my hand and my boyfriend was side-eyeing me.

So when the conversation finally happened with my parents about my new favourite pastime a few years later I had a lot to use as evidence to support my case for thrifting. I had a thrifting blog with great pictures to show them and a number of great outfits I could use to reference how awesome the clothes at Dunusas and S’godis* are. I explained my ethos over their cackles and disbelief and soon they believed in my schpiel.

Lerato's mom wears a coat she thrifted for her. Courtesy of the author.

Then after months of gifting my mom with random stylish items I thrifted for her, I finally took her along to a S’Godi. Her reactions were exactly the same as mine. We were just shopping for a jacket for her and we walked out with two black garbage bags stuffed with jackets, jerseys and coats for the whole family.

Now she’s always asking me when we’re going again and wants to get some for her friends at work. I’m marking it as a huge win in my book. Now on I march in my mission to convert everyone to thrifting.

*S’godi (S-Gho-dee): A store in the CBD where cheap clothes are sold. One usually doesn’t know what the shop is called is reluctant to share their cheap-buy spot with people who ask where they bought what they’re wearing (because can’t a girl have secrets). Also known as a “Ndawo”.

Lerato Mbangeni is a young black South African journalist with a thrilling love for the arts and an affinity for thrifting in dingy parts of Joburg. Keep up with her on Twitter @leratombangeni and her blog, S'Godi Glam.