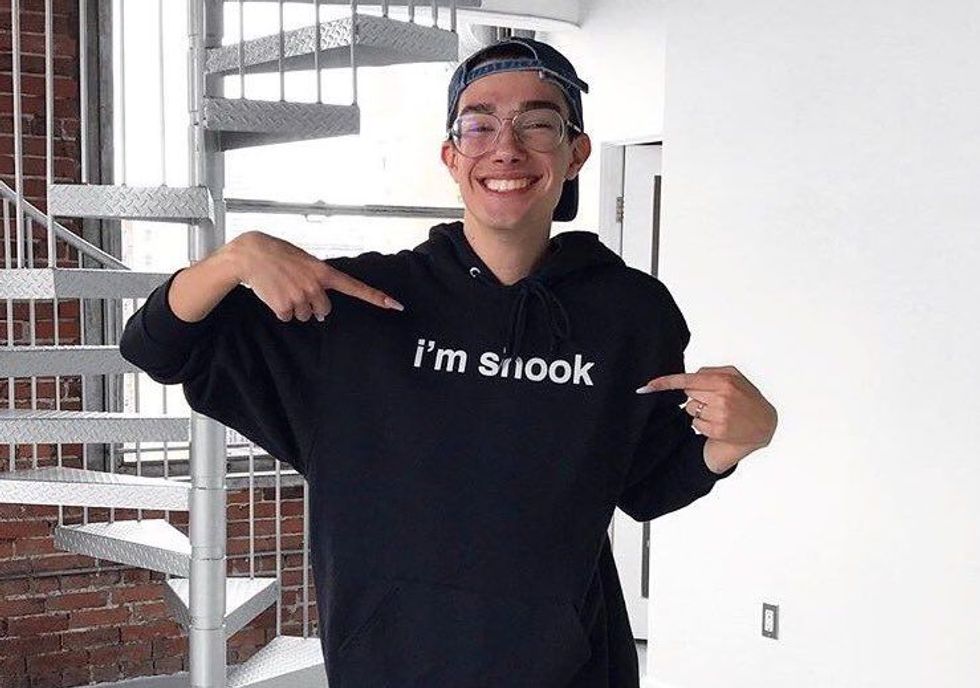 Covergirl's first "cover boy" shared a tweet about traveling to Africa that angered many of his supporters.

Yesterday, Covergirl's first-ever "cover boy," teen star James Charles sent out a jokey tweet about Ebola in Africa that ended up hurting many of his followers and supporters.

It should come as no surprise to anyone that just because a person is part of a marginalized group, or simply young and "liberal," it does not make them sensitive to the experience of others, in this case Africans who have felt the sting of stigma derived from the 2014 outbreak.

Despite every country on the continent being declared Ebola-free for over a year now, he remarked that he was afraid to travel to "Africa" because "what if we catch Ebola?"

I will no longer support your company as long as he's on the campaign. This was stereotypical & degrading to Africa. @COVERGIRL @COVERGIRL pic.twitter.com/RpgMp1lqfg

This is certainly not the first time someone in a visible position has minimized Africa to one not-so-funny Twitter joke. Back in 2015 PR rep, Justine Sacco tweeted: "going to Africa. Hope I don't get AIDS. Just kidding. I'm white!" Her degrading remark sent Twitter ablaze and she was eventually fired from her job as result.

In their attempts at edgy humor, Sacco and Charles trivialized an entire continent, making it the butt of their jokes in order for a little audience engagement. Needless to say, it backfired, as neither AIDS nor Ebola are funny, and neither is the privilege they exude with their ironic racism which they seem to believe does no harm. Young white people should know by now that a "woke" exterior is not a license to do shitty things.

All the Cover Girl make-up in the world can't hide that ignorance.