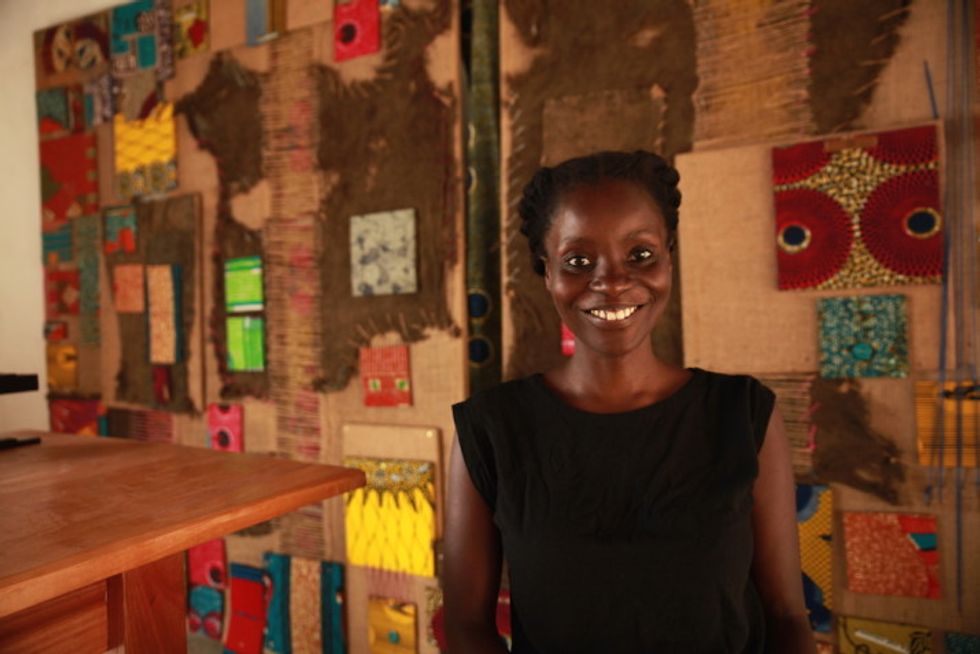 Ghanaian writer and art historian, Nana Oforiatta-Ayim, was a PhD student back in 2009,  when she first conceived the idea of creating a comprehensive archive of African art and culture.

“I would go to the underground library vaults, and I would find theses that were so brilliant and interesting, and yet no one was looking at it and it is so valuable, she tells The New York Times. "I would get completely sidetracked reading about things like the technology of kente cloth. And at the same time I was also thinking that the narrative that is told about Africa is still the backward narrative: no innovation, it’s ahistorical and stuck. Yet with everything I was reading, it was stories of innovation, of knowledge, of technology."

Now, Oforiatta-Ayim's idea is coming to life through her "Cultural Encyclopedia Project," which will chronicle art from each African country, hence its 54 separate volumes. The first volume will be an internet-based repository of historical and contemporary Ghanaian art, literature music and more, reports The New York Times.

The project, which received a $40,000 grant from the Los Angeles County Museum in 2015, aims to help preserve the creations of African artists and help build knowledge about the Continent's history.

Oforiatta-Ayim, who's previously worked with Sir David Adjaye—the architect behind the National Museum of African American History and Culture's building— has gathered a team of Ghanaian musicians, filmmakers, photographers, writers and more to help curate and edit the encyclopedia's first volume.

It's an immense undertaking, and each countries entry will likely take a couple of years to complete, but Oforiatta-Ayim has already created a plan on how to roll out future volumes. "So if other countries are going to take it on, then we are going to have a manual like, ‘this is how we collect things, this is what we did wrong and this is what we did right.' There is no reason that, once we have the manual, there can’t be five countries at the same time working. So what I am doing is building teams in different countries," she says.

There will also be art exhibits to accompany the online encyclopedia, the first of which premiered last week at Oforiatta-Ayim's ANO gallery and research institution, in conjunction with Ghana's 60th independence day.

The significance of the groundbreaking project is certainly not lost on those involved in its production. “What makes up the culture itself? And that is why it is open-ended and it is widespread in music, arts, language, dance. Every possible aspect is used and usable. It’s trying to tell your own stories and taking hold of your narrative," said Nigerian musician Kezia Jones, who's one of the encyclopedia's contributors.