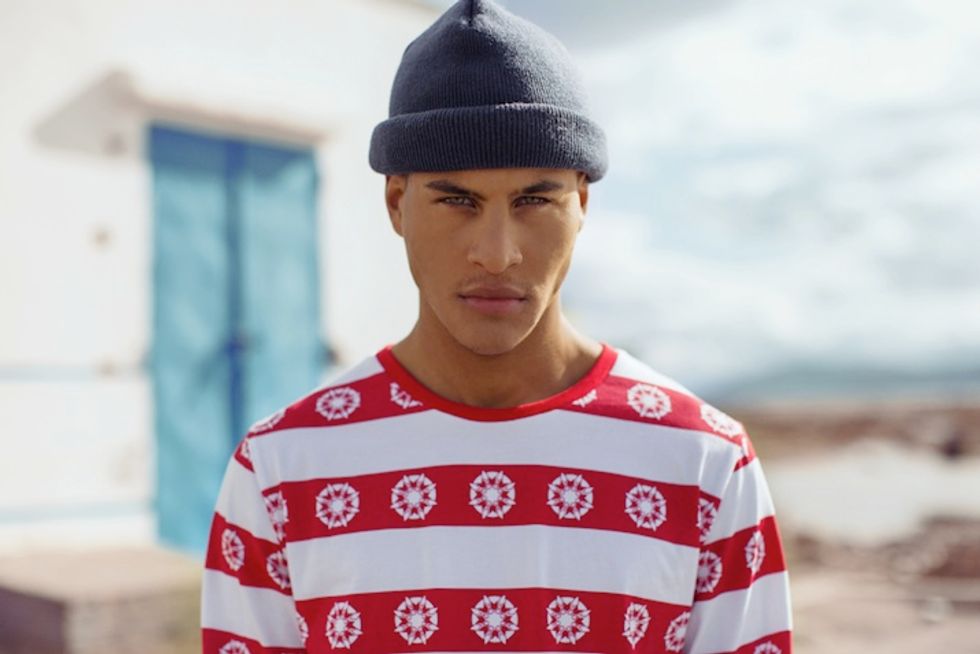 Amsterdam-based menswear brand Daily Paper have been known to blend African cultures with modern design. Their Spring/Summer 2014 lookbook, which featured a short clip with music by Flying Lotus, was inspired by the ancient Kuba kingdom of tribes that settled in the Kasai region of what is now the DRC. This year they've turned their focus to Morocco. "After travelling to Morocco for a photo-shoot in early 2014, the design team of Daily Paper got inspired by the culture, colours and fabrics of the Moroccan people," the brand says on their website. The result is a two-part North African-inspired SS15 collection of print tees, nylon vests, bomber jackets, rain coats and jogger pants.

The first part of the collection focused mainly on Moroccan color palettes and fabrics. In part two, which was revealed this month, Daily Paper looks to the ancient and modern Berber tribe otherwise known as the Imazighen (descendants of the pre-Arab inhabitants of North Africa). For the look book they traveled to the city of Chefchaouen, the Moroccan region that inspired the collection.

The second part of the SS15 collection is available for purchase as of April 18th through Daily Paper’s online store and selected retailers. See photos from the look book, shot by Sharon Jane D, in the gallery above.