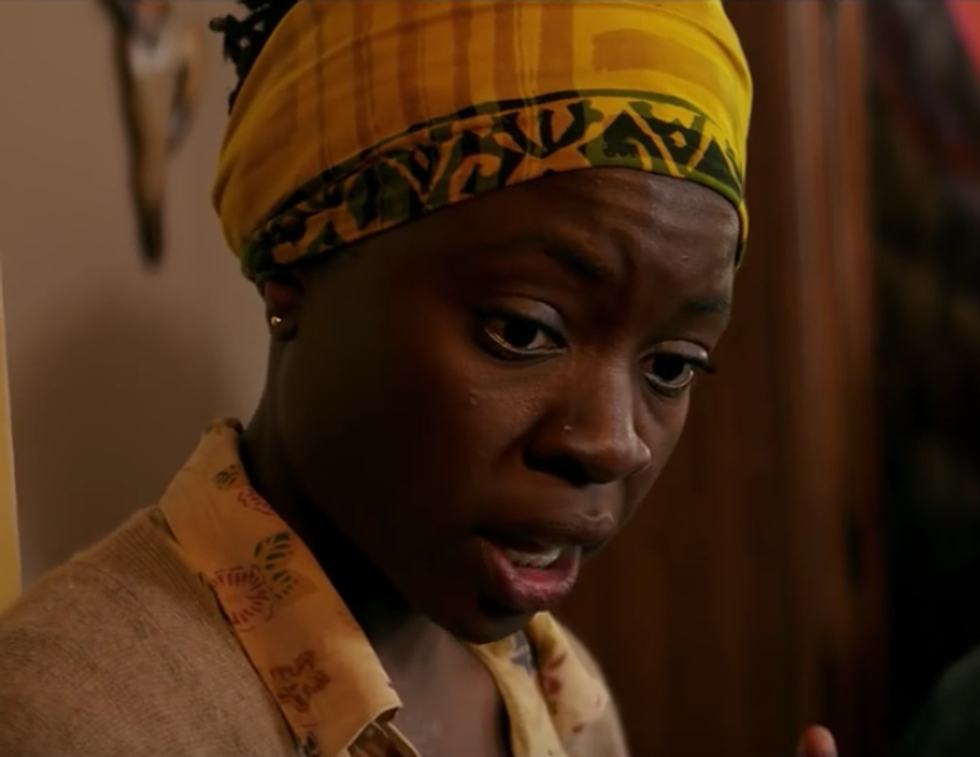 Like all Black leaders, you have a bulls-eye on your back.”

Zimbabwean actress-playwright Danai Gurira makes an appearance in the new trailer of upcoming Tupac biopic All Eyez on Me, portraying the late Afeni Shakur—Tupac Shakur’s mother, former Black Panther and protector of Tupac's legacy and estate.

The timing of the teaser's drop is apt as September 13 marks the 20th anniversary since Tupac’s drive-by murder on the Las Vegas strip in 1996.

In a previous version of the trailer, we could only hear Gurira narrate. In this version, she appears at the 0:27 mark, wearing a yellow wax print head wrap, advising her son, played by Demetrius Shipp Jr., who actually strongly resembles Tupac.

“Like all Black leaders, you have a bulls-eye in your back,” she warns before Tupac stubbornly responds, “I ain’t no Black leader.”

“They are going to come after you with everything you owe. They are going to give you the tools that you need to destroy yourself,” Gurira as Afeni continues as scenes of Tupac in the studio, walking off a private jet, and meeting with Suge Knight, co-founder of Tupac’s music label Death Row Records who was in the car when the iconic rapper was barraged by bullets.

“To thy own self be true. I love you and I know you are going to survive all of this,” Gurira lovingly says, amid scenes depicting the final moments of Tupac’s life.

Afeni served as an executive producer on the Benny Boom-directed film before her death in May.

The second teaser runs 1:42 and offers insight into the flavor fans can expect from the film.

Watch the trailer below, and see Danai Gurira as Afeni Shakur when the biopic hits theaters November 11.