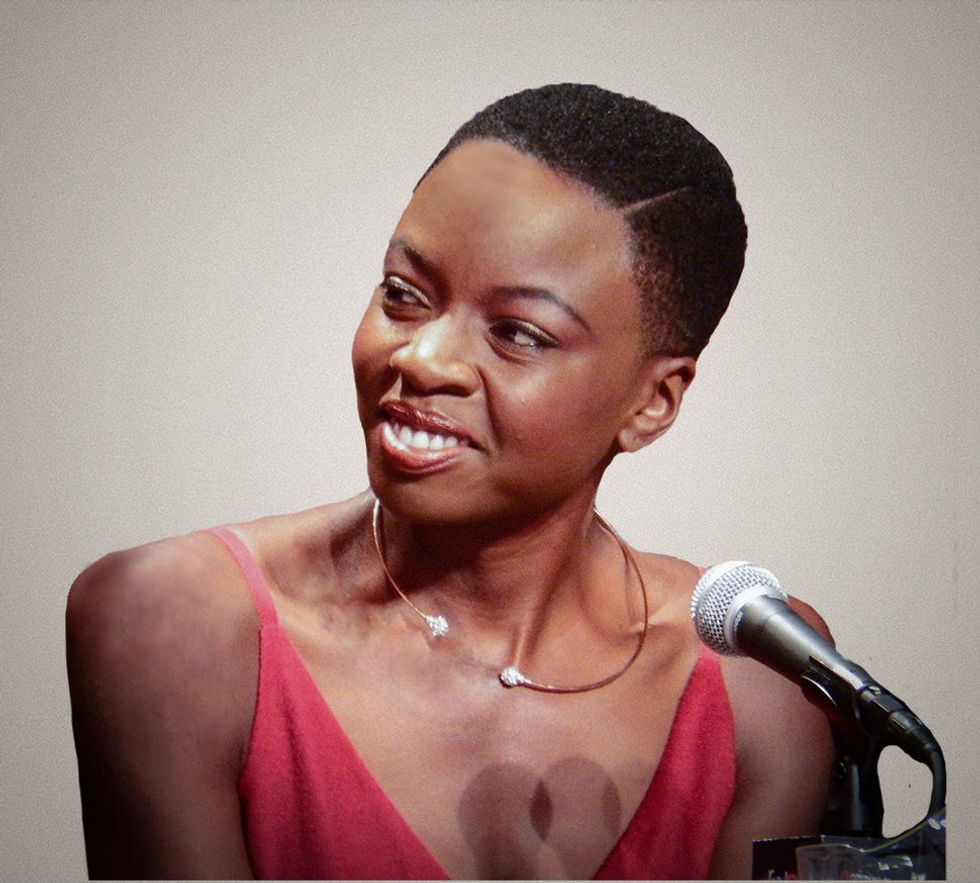 I first noticed actress Danai Gurira, the “Zimerican” actress, as the katana swinging, zombie slaying, always keeping it 100 with Rick Grimes, goddess called Michonne in The Walking Dead. Then I fell in love with her all over again in Mother of George, a Nigerian movie about a couple in NYC who are desperately trying to get pregnant. She delivered a poignant, unforgettable performance that made me feel blessed to have my brother’s Netflix password.

In 2015, her play Eclipsed, starring Lupita Nyong'o, made a stunning debut in NYC. It tells the story of five Liberian women during the end of the second Liberian Civil War. Eclipsed is the first all black, all women cast and team to premiere on Broadway. She has also written the play, Familiar, about the oldest daughter of Zimbabwean parents who wants to wed a white man. I’m sure it is an interesting observation on interracial dating, immigrant parents and everything in between.

Gurira has said that she was inspired to become a playwright to strengthen her talents as an actress and to tell empowering stories about the eclectic women she identifies with. Based on her record so far, she is definitely broadening the possibilities of storytelling.