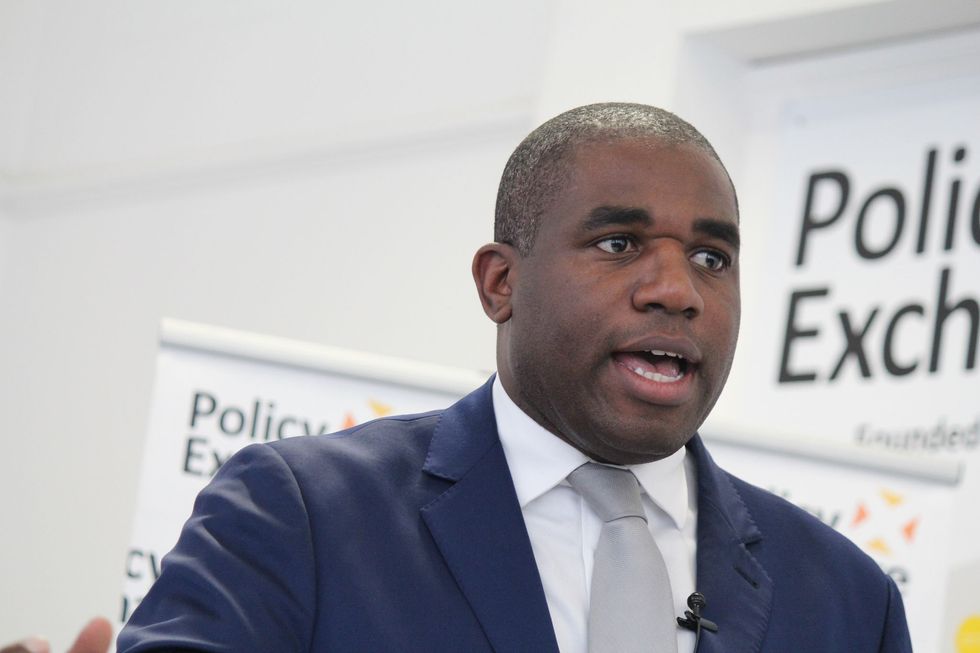 This report by Rt Hon David Lammy reveal the disparities black, Asian and other minorities are up against in the UK.

The Rt Hon David Lammy, Member of Parliament for Tottenham in North London and member of the Labour Party, has now published his report on the welfare of black, Asian and other minorities in the UK’s criminal justice system.

The main purpose of the Lammy Review is to “make recommendations for improvement with the ultimate aim of reducing the proportion of BAME offenders in the criminal justice system.”

The proportion in question is staggering. Black, Asian and other minorities make up 14 percent of the total population of England and Wales, but constitute 25 percent of prisoners. At present, BME youths make up 40 percent of those in custody.

The names of 22,000 BME children have been added to the Police National Database for serious crimes, but also for police reprimands. This already blights the future of many young people as even if they later reform and become responsible adults, securing a job—whether as cleaners or as accountants—proves difficult, for nearly 50 percent of employers will not employ anyone with a criminal background. And when lawful jobs are out of reach, unlawful jobs present alternative means of livelihood.

One of Lammy’s proposed way of addressing this is to adopt a system used in prisons in the U.S. where offenders could apply for their criminal records to be sealed from checks, after they have prove themselves rehabilitated.

Some of Lammy's reforms are simply reasonable, if not expected. They include setting targets for more BME staff as decision makers—prison officers, governors, magistrates and the judiciary—not in the far away future, but in the next 5 years.

His other recommendations are a little more radical. Rather than try young offenders in court, his proposal is for hearings to be heard in libraries and community centers. This will treat young offenders less like criminals intent on causing harm, and more like children who have lost their way and are in need of guidance, as well as reprimands.

What, to some, might seem like a humane approach to reducing reoffending rates, could seem all too forgiving to others.

Lammy’s other reforms go beyond crime and primary offender, and aims to indict adults higher up the criminal chain who coerce many young people into drug trafficking and provide them with weapons.

This could mean the arrest of more hardened criminals which could also give their young targets a better chance at succeeding their environments, many of which are already limited by low incomes or lone parentage, or both.

His research is not limited to the UK. He reveals similar racial disparities in the six countries and 12 cities he visited, mainly here in the West, to investigate how their own governments have tackled heavy bias in their criminal systems.

In France, Muslim people make up an estimated 8 percent of the population and between a quarter and a half of the prison population.

In America, one in 35 African-American men are incarcerated, compared with one in 214 white men.

In Australia, Aboriginal and Torres Strait Islander people make up 2 percent of the population, but 27 percent of prisoners.

What Lammy has not done is to explicitly link these biases to the enduring legacy of the transatlantic slave trade, white expansionism and colonial rule, or what today is termed “institutionalised racism�.”

The phrase “institutionalised racism”� is linked in the public consciousness to the MacPherson report on the death of Stephen Lawrence. It has since been used as a byword for endemic racism, and is unfortunately losing some of its power due to overuse in the public sphere, and like the phrase “affirmative action,”� could not possibly sustain its power against a way of life and thinking that has lasted for centuries.

If this was Lammy’s own intention, it is well-thought and presents his findings and recommendations free from other publicly debated cases of racism.

Doing this would make stronger the tide against prison reforms because the many educated, hard working and law abiding staff of the Crown Prosecution Service surely do not see themselves and their decision-making as heavily influenced by race. Not even prison wardens and others lower down the chain, I imagine, would see themselves as mere functionaries of a racist ideology. To some, these might just be jobs they go to in the morning and return from in the evening.

What heartens and surprises is that the Lammy Report was commissioned by Prime Minister David Cameron, and has been supported by his successor Prime Minister Theresa May, both of whom are from a Conservative party that is traditionally harder on crimes and immigration than the Labour Party which has a larger base among black and Asian people.

What must now be done is the implementation of Lammy’s recommendations, and the presentation of truly satisfying reasons for why some could not be put into practice.

Not yet another round of debates and nit-pickings as has proliferated on social media and news programs, done with all the seriousness in the world, but with little of its actions, for whether because of a lack of political will or insufficient empathy, the lives of children, women and men are being wasted with every passing day.