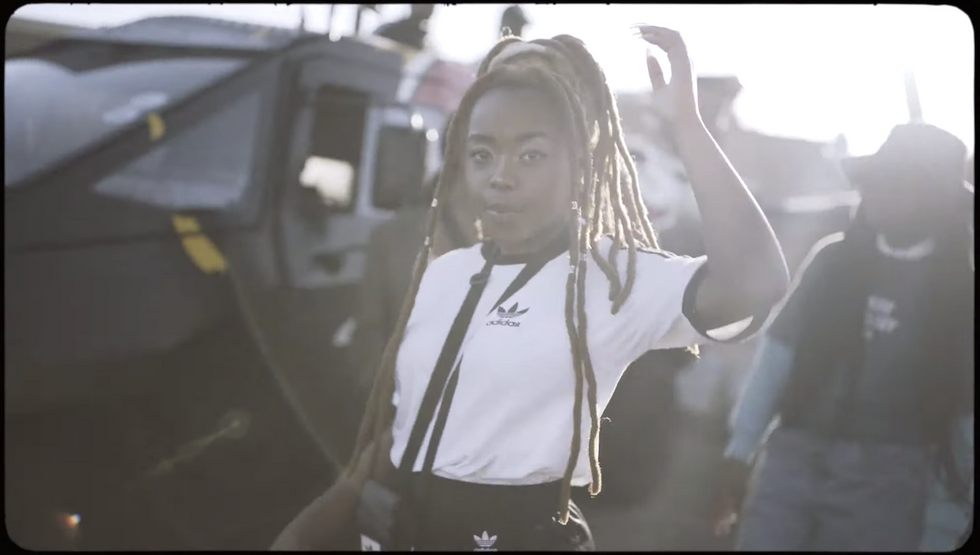 Dee Koala shares the visuals for her single 'Ndintswempu.'

Dee Koala's new music video, directed by Motion Billy, showcases the cool peeps from the streets of Cape Town just being, you know, cool. Nothing you wouldn't expect considering the accompanying song is titled "Ndintswempu" ("I'm dope," "I'm fly" or any variations).

Dee Koala and her collaborators, fellow Cape Town-based rappers Amilca Mezarati and SimulationRxps make their cases for the claim with a verse each. It would have been impossible to not sound compelling over producer Lay Lay's bass-laden instrumental.

Dee Koala has been teasing a new EP to be released sometime this year. While there hasn't been any release date or any concrete updates, the release of the video points in the right direction. "Ndintswempu" was released last year, and is one of the rapper's most streamed songs on her SoundCloud page.

Dee Koala is one of the country's most promising rappers, with potential to become the face of Cape Town hip-hop's new wave. She's just a few power moves away.

Watch the music video for "Ndintswempu" below and revisit our interview with Dee Koala here.