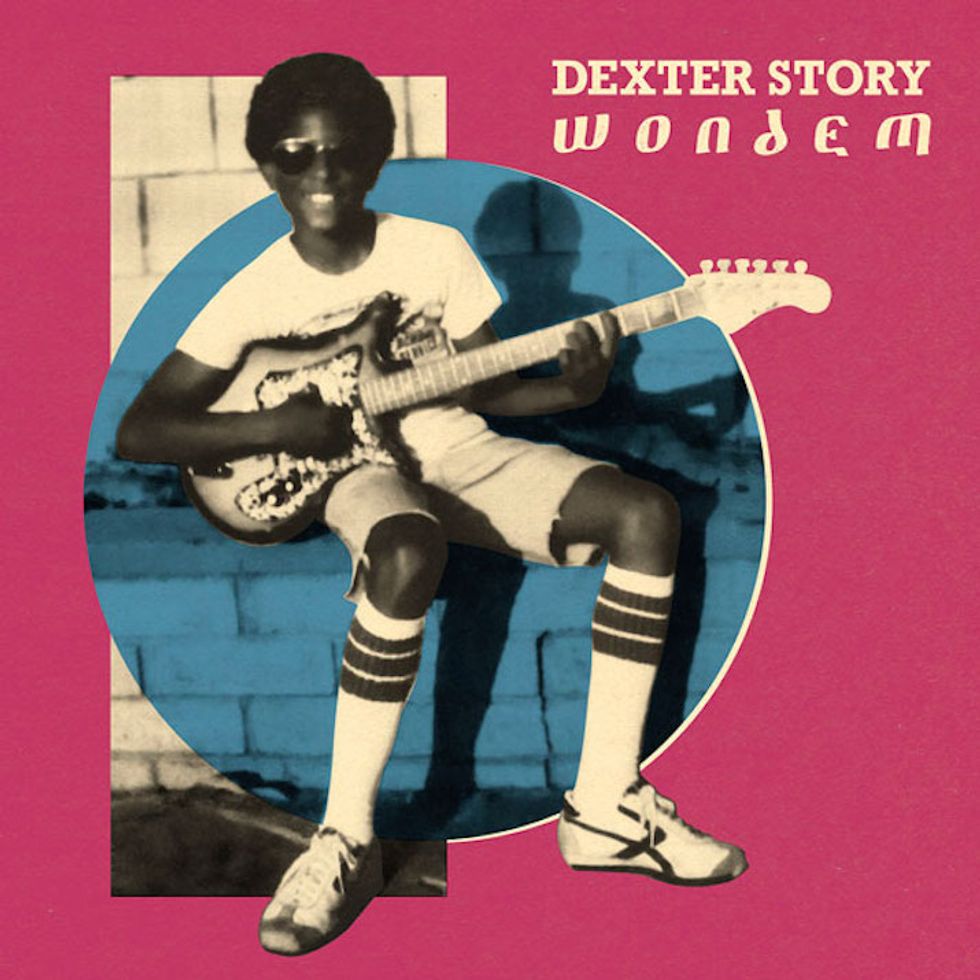 Earlier this year, producer Dexter Story had a life-affirming experience when he ventured from his home in Los Angeles halfway across the globe to Lalibela, Ethiopia. Inspired by the sounds of Ethio-jazz and East African soul and folk music, the multi-instrumentalist recorded his latest 12-song album Wondem—the rhythmic manifestation of his love for Ethiopian music.

The creation of the album led Story to immerse himself completely in the country’s history and culture. He documented this experience on his cellphone, crafting the footage into colorful videos to accompany two of the album’s singles. The visuals for “Lalibela” capture the grandeur of the city’s landscape and 12th century, rock-cut church buildings, while the music video for “Merkato Star” celebrates the liveliness and ingenuity of the country’s marketplaces.

We recently spoke with the musician about his trip and the creation of the album. He shared some of his travel experiences, including constantly being mistaken for a native. He also told us why he refers to his work as “explorational music” and he discussed how going to Ethiopia, for the first time, helped him gain perspective. Read our interview and check out the "8mm" cellphone videos for “Merkato Star” and “Lalibela” below.

Okayafrica: What inspired your trip to Ethiopia and what has the experience been like?

Dexter Story: The inspiration for my trip was my growing passion for East African music and culture. I hadn't been to Africa before and knew it was time to buy the ticket and embrace my heritage head-on. I had already completed the music for Wondem before going so I was also curious about whether I had done the diaspora justice. The trip was an immersive rite of passage and it was even more impactful that I went alone. I was having a conversation with Marie Daulne of Zap Mama recently and we were talking about how a trip like that can change one's genetic make-up and it did for me. I feel renewed and a new sense of belonging.

What is the meaning behind the album's title?

Wondem means brother in Amharic, Ethiopia's national language. I initially consulted my 'Habesha' friends to get ideas for the album title. They thought Wondem was authentic and timely for me. I also realized that there is a particular dynamic between African Americans and Africans, and Wondem spoke to me as a unifying concept, both personally and in a larger context. The title is an affirmation and aspiration all at once. (It's pronounced 'WIND-em.')

What are the Ethiopian musical influences on the album?

My album Wondem celebrates a few influences from within East Africa and the African diaspora. It is informed by centuries of musical development from the 6th century sacred music and Asmari tradition to 'Swinging Addis' & Ethio Jazz to today's techno-indigenous trailblazers. I was listening to a lot of Tlahoun Gessesse, Mahmoud Ahmed, Mulatu Astatke, Mohammad Wardi, Alemayu Asheté, Ali Birra, Asnaketch Worku, Hailu Mergia and Emahoy Tsegué-Maryam Guèbrou while composing the album. I was also immersed in the history of East Africa, its diverse ethnic groups, and the region's unique modes and rhythms. There are Amhara, Gondar, Gurage, Sudanese, Wolayitta and a couple of other ethnic representations present.

Can you tell us more about the album art, we're assuming that's a picture of you from when you were younger?

The picture on the cover is of me at around 14 with a Teisco E-110 Tulip electric guitar from Sears. It came with a plastic amp. My dad took the picture and it seemed like the best way to sum up the pan-Africanism in the project. My first instrument was guitar and the image choice speaks to my music beginnings and harkens back to classic African album artwork from the '60s and '70s. Soundway was instrumental in making the design work.

You describe your work as "explorational music" can you tell us more about this style of music?

I don't take for granted the rich legacy of vocalists, musicians, composers and producers who have paved the way for me to be able to put this Wondem record out. I feel like sort of a cultural archaeologist and as an African American, I bring a particular perspective to African music different from a European or Asian. I even consider producer Carlos Niño and Miles Cleret of Soundway as well as all of the brilliant musicians and vocalists on the record to be part of my excavation team so to speak. And the continent has so much music that my work feels like a never-ending journey and everlasting discovery. I also recognize that I am infusing my background in soul, funk, rock and jazz on the music. I would like to think that my songs explore my own growth and explore what's possible in African music. It's a humbling task.

Are you of Ethiopian heritage?

No but Habeshas and East Africans often mistake me for one of their own. This happened all throughout Ethiopia. I also took a DNA test and my cultural match circle is directly on top of the horn of Africa. So I guess I could say yes. But I didn't need the report in order to know my lineage and connection to that region of Africa. Truthfully, all of us are of Ethiopian heritage if you look at it through an ancient lens.