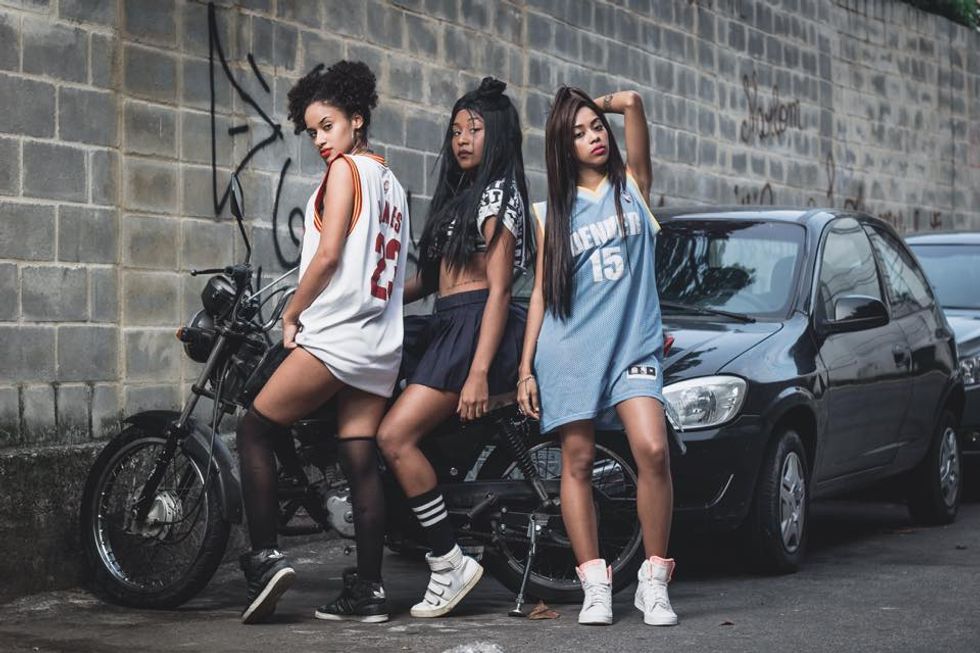 Diamond, formerly Pearls Negras, continue their outspoken criticism of Brazil’s government with the backdrop of the Olympic games.

We were first hooked on the high-octane sound of teenage rap trio Pearls Negras two years ago during Brazil’s World Cup, as the all-girl crew dropped unapologetic battle cries like “Guerreira.”

Now under the new name of Diamond, the trio of Alice, Jeni and Mari are continuing their outspoken criticism of Brazil’s government ahead another major sporting event: the Olympic games.

Like their previous work, it sees the trio repping the sounds and concerns of favelas like Rio de Janeiro’s Vidigal, where the group hails from.

Stream Diamond’s new single “Bad Girls” below and revisit last year's "Meu Bem" video underneath to get reacquainted with the crew.