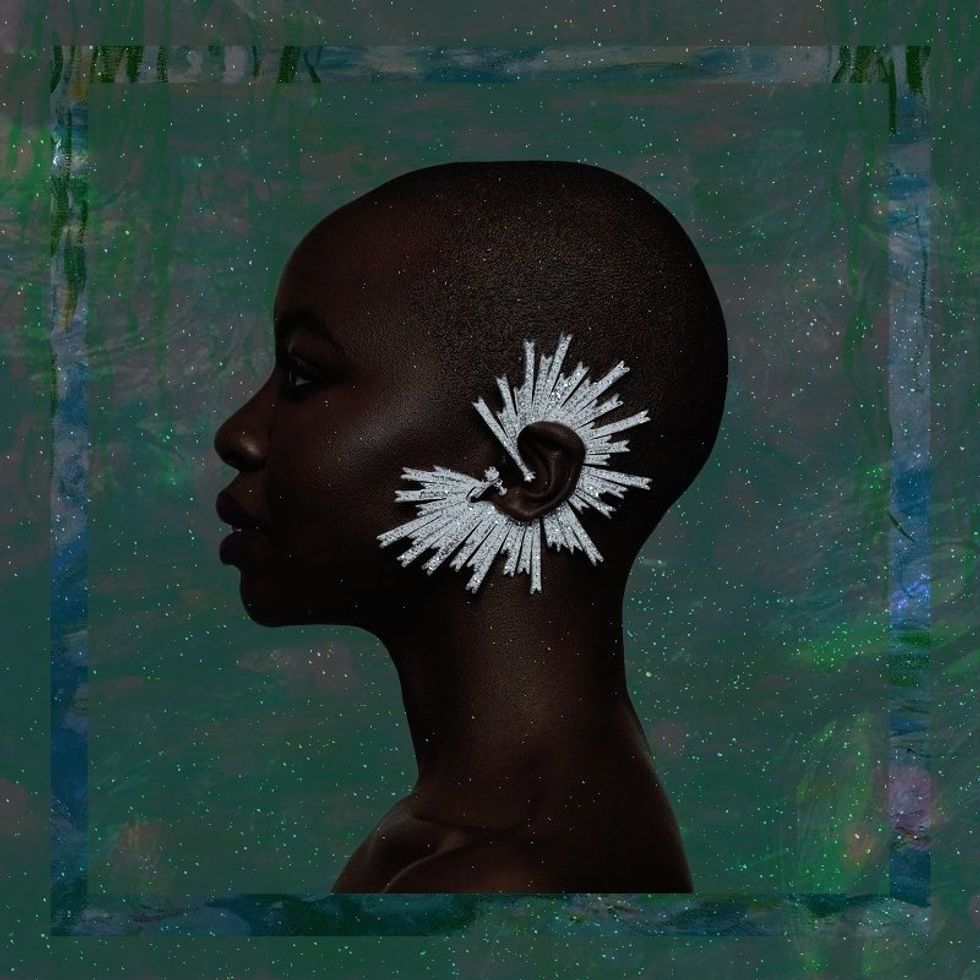 From the series 'I Am Not My Hair' by Aisha Mohamed. Photo courtesy of artist.

Somali-British digital artist Aisha Mohamed shows how black women's versatility goes beyond having hair in her newest series, "I Am Not My Hair."

Aisha Mohamed is a 22-year-old digital artist from South London who takes images of our favorite black beauties and places them in an ethereal, Afrofuturist realm.

Mohamed took interest in creating digital art since she was a teen, but she says she had to walk away from creating and take a break. "Back then it was mostly just about creating art from my favorite TV shows and films. After a while, I realized it wasn't really fulfilling me the way I needed," she says via email. "After taking a long hiatus, when I did return to creating digital pieces, I knew that it had to be in conjunction with something that resonated with me. Black women were the answer."

Her newest series, I Am Not My Hair, has already has made its rounds on the internet—not only because it's stunning, but also because of its message.

In this series, Mohamed remixes portraits of Danai Gurira, Aweng Chuol and Ataui Deng, placing their rich skin against muted colors that emulate the the different shades of the sky at night. A sea of textured stars layer the portraits, as if one is staring at a constellation. For Mohamed, I Am Not My Hair gives another perspective regarding the relationship a black woman can have with her hair.

"I did a piece a few months ago showcasing the versatility of black hair, which was really fun, but I wanted to flip it somehow," she says. "Our hair can be a very integral part of our culture and history, but I think a lot of the time people think black hair is part of our identity—at the end of the day, it's just hair and I wanted to reflect that in some way. My hair isn't the most important part of me."

With or without our versatile tresses, black women still command a presence many can only emulate at only a fraction—and this series proves that. Take a look at I Am Not My Hair below. To keep up with Aisha Mohamed, follow her on Instagram and Twitter.