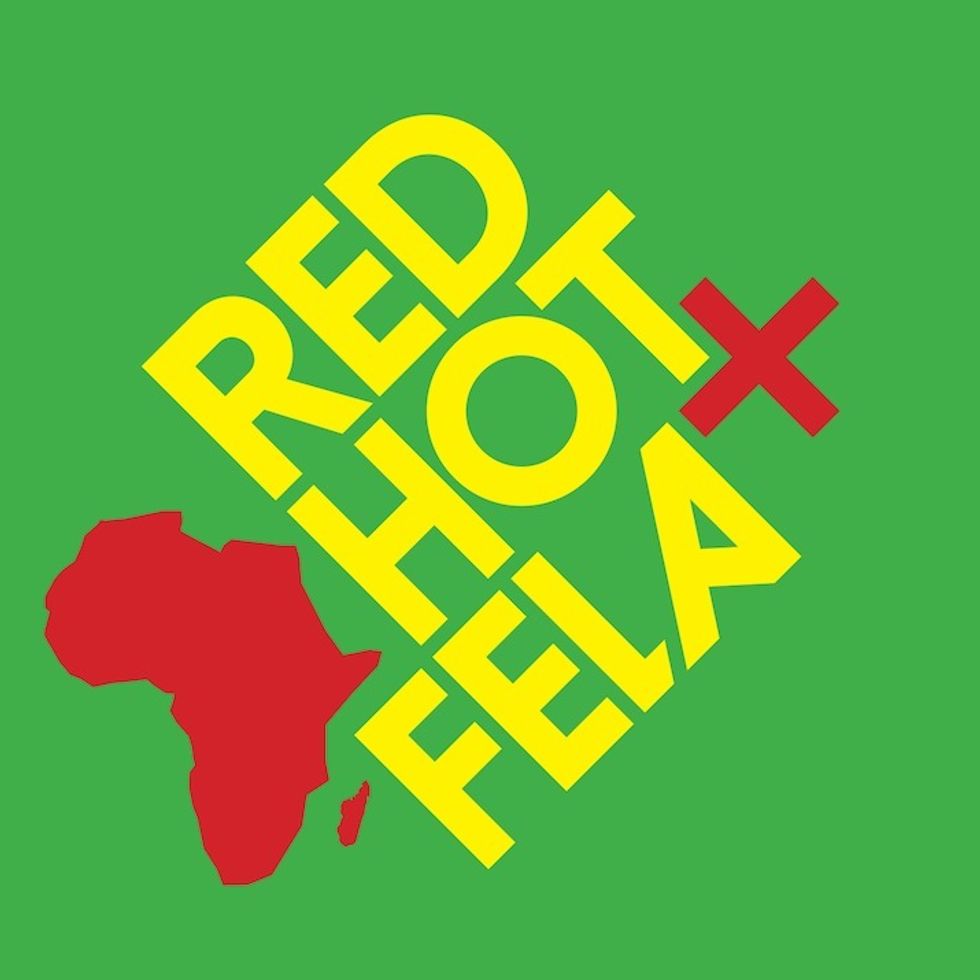 We review the new Red Hot Fela album, which features the likes of Questlove, Tune-Yards, My Morning Jacket and others covering Fela Kuti.

It's notable that of the 20 or so releases from the Red Hot series only about a quarter of them have been dedicated to a singular artist. With the release of the Red Hot + Fela album, two of them have now been dedicated to Fela Kuti. Of course, Fela died of AIDS-related complications and its the Red Hot Organization's sole mission to fight and raise awareness for the devastating disease. However, a strong statement is made with the inclusion of a second Fela volume.

The compilation pulls together over 30 artists of various musical backgrounds to resurrect the maestro's vision through their own interpretations. That should lead to a lack of focus with so many hands in the pot, but it works stunningly well (once again) with Kuti's music. The fact that My Morning Jacket (Kentucky), Merrill Garbus of tUnE-yArDs (Connecticut), and Brittany Howard of the Alabama Shakes (Alabama) can so elegantly pull off "Trouble Sleep Yanga Wake Am" is a testament to how they come together as a group to record a song outside of their wheelhouse. Over 14-minutes long, the group have plenty of time to screw the song up or make it suffer from repetition, but it's portrayed as both beautiful and epic. Surely, somewhere, Kuti is smiling down.

"No Buredi" is given an extensive makeover with a driving house rhythm behind it courtesy of Nneka, Sinkane, Amayo, and Superhuman Happiness. Amayo's vocals, which he's perfected with his time with current afrobeat heroes Antibalas, serve as a standing ground throughout the song, while the BPMs seemingly get faster. Using instrumentation not native to the genre is no deal breaker as the track plods along with a sense of urgency.

Hip-hop verses are combined with sung vocals and a more traditional beat on a reworking of "Lady." However, when you're being led by one of today's best drummers and producers — ?uestlove — and joined by the likes of Merrill Garbus, Angelique Kidjo and Akua Naru, positive things are typically on the horizon.

All involved with this project should be commended, from the performers to the compilers, for making a tightknit project with so many moving parts. While the main mission of the compilation is to raise awareness for AIDS, a close second is keeping the memory and spirit of Fela Kuti alive and well. We can't measure the first with this review, but the second is resoundingly accomplished.

The Red Hot + Fela album is out now on iTunes/Amazon via Knitting Factory Records.