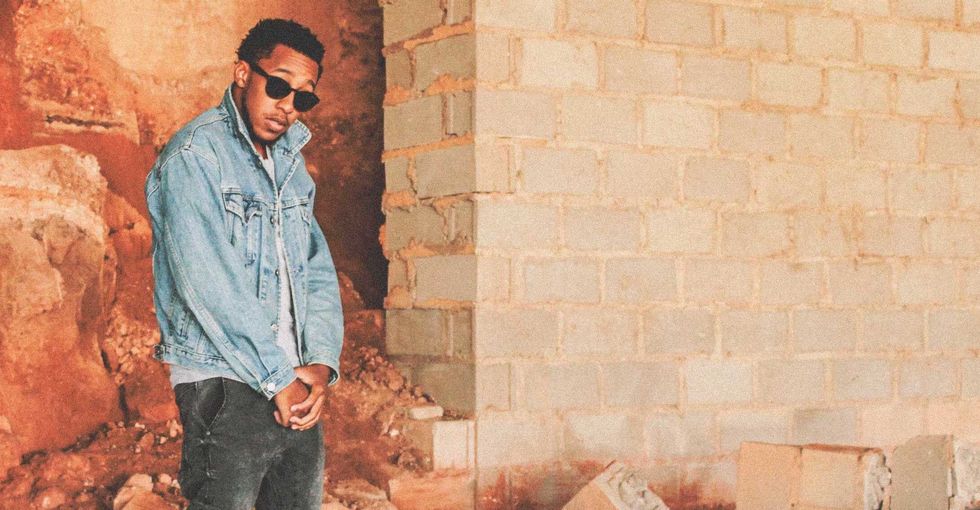 We talk to Swaziland's DJ Tendaness about his new single, collaboration and his future plans.

DJ Tendaness is one of Swaziland’s top DJs, having performed at the Hipnotik Festival, among other reputable events.

He has released several EPs and singles, collaborated with Swazi artists such as Velemseni, Bholoja, LO, and Smashis (South Africa), among others.

This year, the DJ seemed to have found his sound musically as he's been releasing genre-bending singles that, even though different, have a uniform sound that ties them together.

DJ Tendaness mixes genres such as jazz and folk with electronic elements, and the result is a sound that has potential to travel worldwide.

His latest single “Call On Me,” which we're premiere here, features one of Swaziland’s most respected singers, Nomalungelo. Her vocals float over a heavy electronic bass line, a tingling electric guitar and a selection of synthesizers.

Below, we talk to the Tendaness about the single, collaboration, his future plans and more.

How do you pick your collaborations.

I guess it depends of the song's vibe. Usually when I make a record I can almost hear the artist or artists that should be on the song. But a lot of the time, I actually get in studio with artists, we record then I completely recreate what was recorded. So a song recorded with one artist featuring “x” today could turn into a song featuring an artist “y” whom I recorded on a different occasion on another song. I'm a remixer at heart so that's why.

Tell us how “Call On Me” came about.

Nomalungelo is an amazing singer with a very powerful voice. We have tried to work with each other a couple of times before, but those attempts didn't really work out. So about a year later, I made  a new record that I thought she could fit well on. So we recorded, and that didn’t work, then I played her another tune I had made a long time ago, then she sang on that. But I didn't like it at that moment. So I gave it a day or two, then went back to the project and I listened to the vocal alone. It was actually pretty good. So I basically constructed the instrumental around her vocals. The same way I did with my other single “JIKA.”

Are you working towards an album?

So many people are asking me for an album. But currently I'm just dropping these singles. I have so much music to share with the fans and I’d like each of the songs to get the attention they deserve. Soon as I'm ready for an album, the fans will be the first to know!

What is your dream collaboration?

Man, I wanna collaborate with so many artists the list is super long. I really appreciate artists who have their own sound and stick with their sound all the way. Wizkid, Davido, AKA, Black Coffee and more. Internationally, Calvin Harris, Adele, Diplo, Beyoncé, Justin Bieber and more. I'm gonna continue working hard and make sure I make these collaborations to happen.

You are known as a hip-hop DJ, but your recent songs combine a lot of genres. What inspired that move?

I've always wanted to have my own sound. I've worked for a years trying to find a lane that I will be happy with. It excites me so much that this lane I'm in allows me to work with musicians that many would think I wouldn't be able to collaborate with. I can practically work with any musician, and I love that because I have such a diverse ear. I enjoy so many different genres of music not just hip-hop. My playlist would shock many.

What can we expect from you this year?

This year the fans can expect more music, videos, shows and much more. Just expect more and more content from Tendaness. I'm always at work, and it always makes me happy to see the fans happy. They are the most important thing to me.

Listen to "Call On Me" above and download it here.