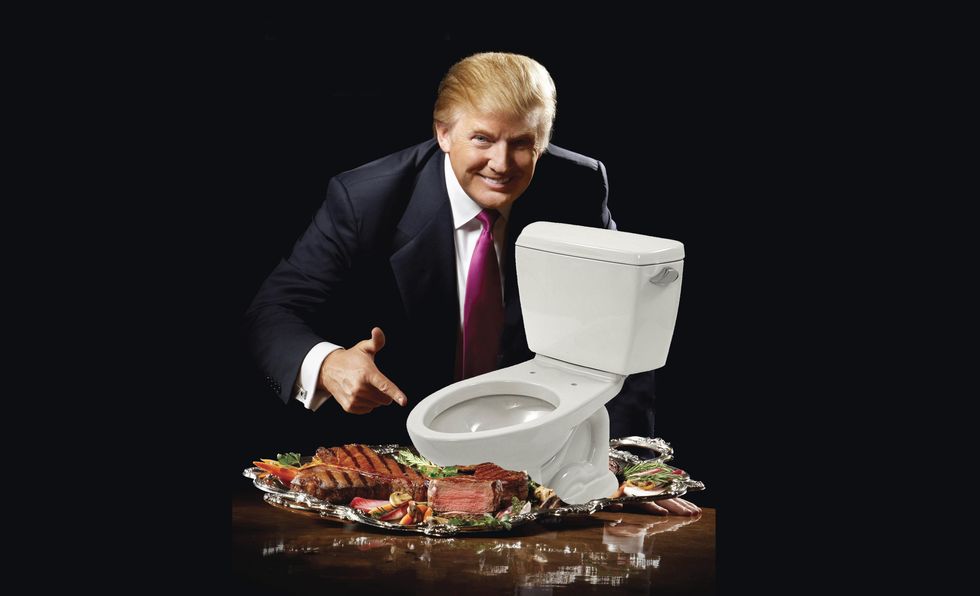 The president is shaping immigration policy based on his petty prejudices and shocking ignorance. He should focus on the stats instead.

I've always enjoyed returning to Africa. From the coasts of Kenya to the vibrant cultural-life of Johannesburg South Africa or my visits back to verdant Nigeria, the continent is a source of great pride and solace.

If only I had known I was visiting shitholes.

On Thursday, the President of the United States of America Donald Trump in rejection of a bipartisan deal on the Deferred Action for Childhood Arrivals program, which protects hundreds of thousands of undocumented immigrants from being deported, asked the question, "Why are we having all these people from shithole countries come here?" in reference specifically to immigrants from Haiti and Africa. This comes from somebody who thinks "Nambia" is an African nation.

The President's remarks established a new low for the country's highest office. He later attempted to retract his statements by suggesting that he never made them but admitting that his remarks were rather "tough." His words were not just tough, they were deplorable, divisive and most importantly they were racist!

The cornerstone of racism towards people of color is the belief in white superiority. By suggesting that the United States bring more people from countries such as Norway—as Trump did in the same meeting—and closing the door to immigrants from African nations he is saying that Norwegians are somehow superior to people from African nations.

While the reasoning for his statements seem baseless from the onset, let's look at the numbers anyway. We need to fight back with facts!

A close examination of the numbers proves that Africans are in fact not "shitty" contributors to American society. The Pew Research Center has conducted a number of studies on African immigrants and the results are pretty interesting.

Over 80 percent of black immigrants live in a family household, comparatively about 60 percent of all Americans. Among all US immigrants, 64 percent lived in a married couple household.

So let's get this straight, African immigrants are well educated, speak English, are typically employed and live in family units, and are more likely to pledge their allegiance to America yet somehow we are the product of "shithole" countries. "Shitholes" that just happen to produce stellar citizenry.

The words of President Trump aren't inconsequential to be dismissed as harmless banter or Trump just being Trump. These words promote Xenophobia which leads to the continued mistreatment of Africans not just in the US but around the world. They have impact on how policies are shaped.

Africans both in the US and abroad have long been mischaracterized and stereotyped by media resulting in African immigrants facing continued discrimination across the globe. In 2013 it came out that approximately 130,000 Ethiopian women immigrating to Israel were forcibly sterilized with injectable contraception.

African immigrants group in France are frequently treated to random ID checks and searches by the police, some of these checks result in African immigrants being taken in custody, often with fatal consequences.

African students in India have been repeatedly beaten and killed and these attacks show no sign of decreasing.

Notions like those expressed by the President continue to embolden groups that are determined to express their hatred and disdain for Africans with violence.

It is also noteworthy to highlight the fact that black people from "shithole" nations have contributed well over 300 years of free labor to the United States, building The White House, railroads, Wall Street and more, while contributing to the economic prosperity of America by working those cotton and sugar fields.

In his role as president, Donald Trump has managed to find ever-increasing ways to promote hatred and racism. The result is a disaster for everyone.