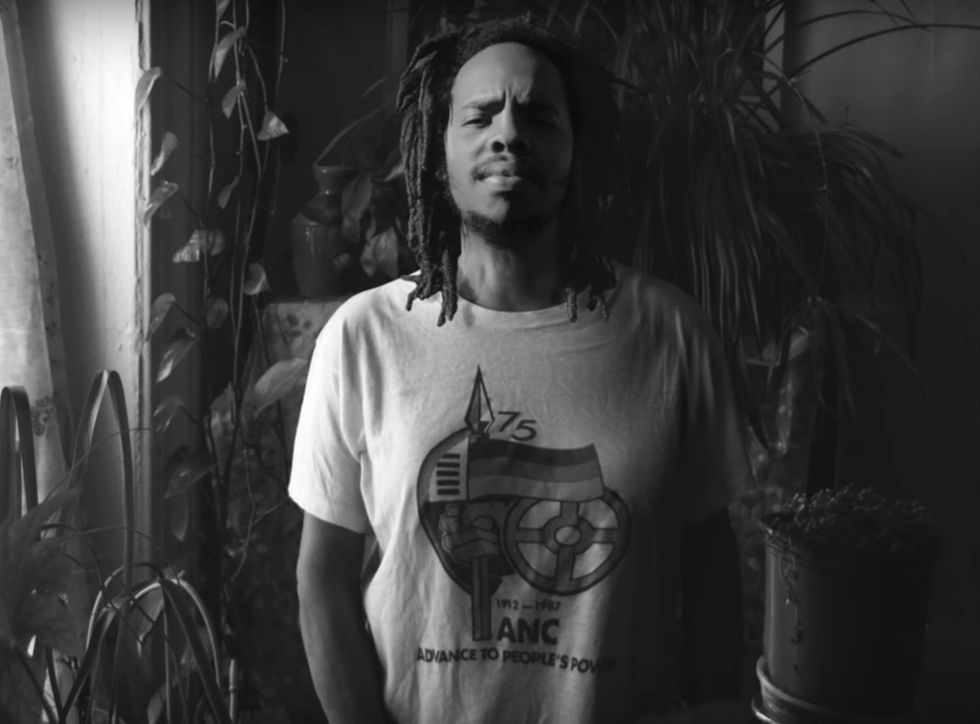 The influence of South African poet laureate Bra Willie on his U.S. rapper son is placed under a microscope.

At the beginning of this month a year ago, Thebe Kgositsile, better known as Earl Sweatshirt, lost his father, South African poet laureate Keorapetse Kgositsile. Still, at this time, his fans around the globe were becoming increasingly anxious for new music.

What followed ten months later was Some Rap Songs. Now, the internet's favourite rapper is augmenting his third album with a short film called Nowhere, Nobody.

The eight-minute film is written and directed by Random Acts of Flyness directors, Terence Nance and Naima Ramos-Chapman. Although it's based on music from Some Rap Songs, it's more of an art film than an extended music video. Nowhere, Nobody reflects the non sequitur skittishness of the album from which it borrows its music.

In all this, the central theme of idols and idolising remains consistent.

There's no question that Keorapetse Kgositsile's legacy is something that follows Earl Sweatshirt wherever he goes. As a staunch anti-apartheid activist, Kgositsile—or Bra Willie as he was affectionately known—made a name for himself through his work during exile in the US, bridging the gap between South African and African-American poetry. In 1996, he was inaugurated as South Africa's first National Poet Laureate and, in 2008, was honoured with the National Order of Ikhamanga for his contribution to the field of literature.

All of this matters, especially when your proximity to an icon is that of a son. But what can you actually do with any of this? In multiple scenes, the rapper can be seen attempting to engage with statues. In some cases, he even uses hands from a statue to try and connect, even with a human being painted as a statue, and sometimes as a woman (vocalist, LaDiamond Blue plays his female version).

Around the time Sweatshirt lost his father, he revealed to Rolling Stone that their relationship was a "non-perfect one" and that "talking to him is symbolic and non-symbolic, but it's literally closure for my childhood. Not getting to have that moment left me to figure out a lot with my damn self."

The quiet tension embedded in the quest for tangibility is how the film tries to depict this. You can only idolise so far until you can't anymore—until it's meant all it possibly can and you have to go and live your own life. But having said that, Bra Willie (as Kgositsile was affectionately known) will never die since he lives on through his legacy. The film's most striking image captures a casket filled with statue hands. It is only half open and the other half draped in the South African flag.

Among all this, additional themes of black fatherhood and the relationship black men have with black women are also explored which makes this film of less than 10 minutes just as jam-packed as the 15-song, 24-minute Some Rap Songs. Ultimately, it's the world's most ambitious promo spot for an album tour which Earl Sweatshirt is embarking on beginning March this year. So if you do nothing else today, clear ten minutes of your time to watch Nowhere, Nobody.