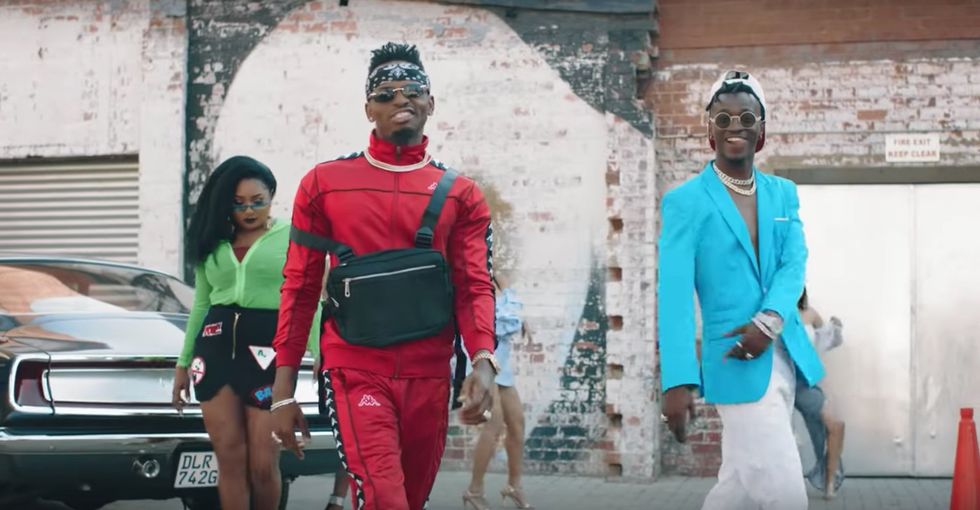 From rising rap kings to renowned veterans of the music scene, we have harvested for you the best East African songs of the month.

This month Ugandan artistsA Pass and Fik Fameica finally released their song "Midnight Drum." They teamed up with South Africa-based Congolese rapper Rouge and DJ Maphorisa for this contagious gqom-influenced record. The track also boasts a colorful and futuristic music video shot in the streets of Kampala.

On his debut solo album, Kenya's Blinky Bill reinvigorates his passion for experimental beat making. He weaves African rhythms together with electronic cuts, hip-hop and funk in order to attain a hard-hitting, inventive and sublime body of work. Read our full review of the album here.

A Tanzanian hip-hop veteran links up with biggest bongo flava star of the moment on a new conscious rap track.

Nyashinski announced his participation in the Tuborg Open project this month when he was featured in "Stay Open," a track by renowned electronic music producer Diplo and Danish singer MØ. This is a massive collaboration for the Kenyan artist, and the song has been buzzing since its release.

Alfa Mars is a gem in the Nairobi rap scene and he blessed us this month with a new EP titled Content. With his unstoppable flow and energetic delivery, Alfa Mars will have you nodding your head throughout this ambitious 3-track project.

Stepping away from his usual R&B style, Rwandan singer Meddy released "Adi Top," a groovy and catchy track about letting loose and having a good time.