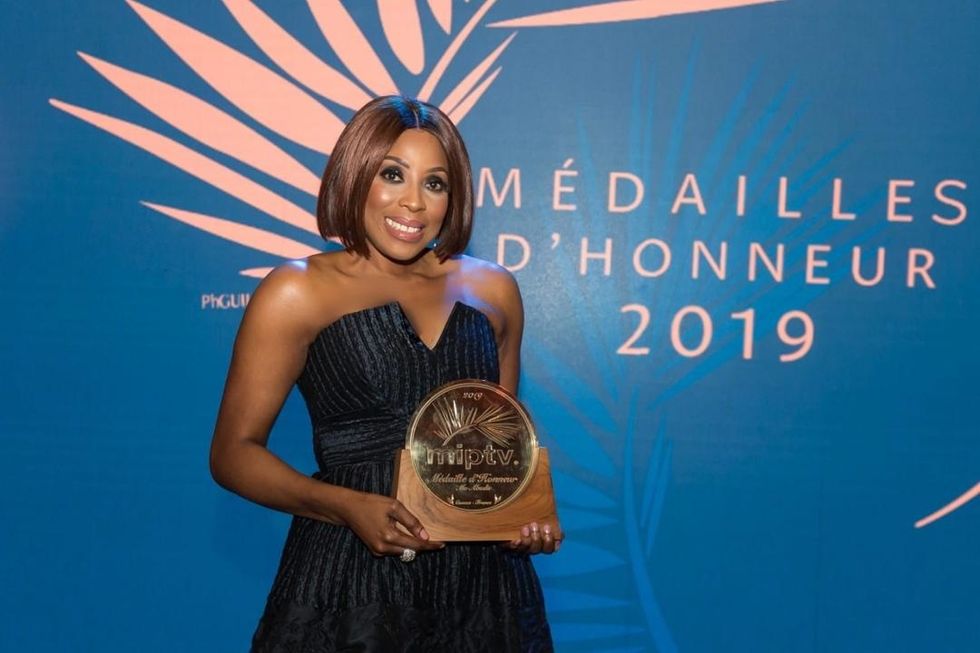 Nigeria's own Mo Abudu was awarded the 2019 Médailles d'Honneur at Cannes Monday—making her the first African (and Nigerian) to receive such accolades.

The Médailles d'Honneur—or the Medal of Honor—is presented to senior executives who have made a mark in the global television industry, as well as contribute to the development of the international television community.

Abudu, CEO of EbonyLife Media, is deserving of such an award as she's considered to be one of the most prolific producers on the continent. EbonyLife TV—Africa's first global black entertainment and lifestyle network—has been producing a wide array of original programs since she founded the platform in 2013 and has since expanded to four other divisions: EbonyLife Films, EbonyLife ON, EbonyLife Studios and EbonyLife Productions Limited.

"I would like to take this opportunity to thank MIPTV for this incredible award. My big dream was and still is, to change the narrative about my continent," Abudu says accepting the award.

"As a continent, Africa has remained creatively silent for centuries. Our stories seldom told outside of our families and villages and often from the perspective of 'someone' looking in. It is therefore with great pride that we, at EbonyLife Media, bring our stories to the world with our TV series and our films."

It was announced in March 2018 that Abudu locked in a three scripted television series deal with Sony. One of the anticipated shows is an action-drama based on the Dahomey Amazon Warriors—the strong women soldiers who served for over 200 years in present-day Benin. Revisit the developments of the deal here.