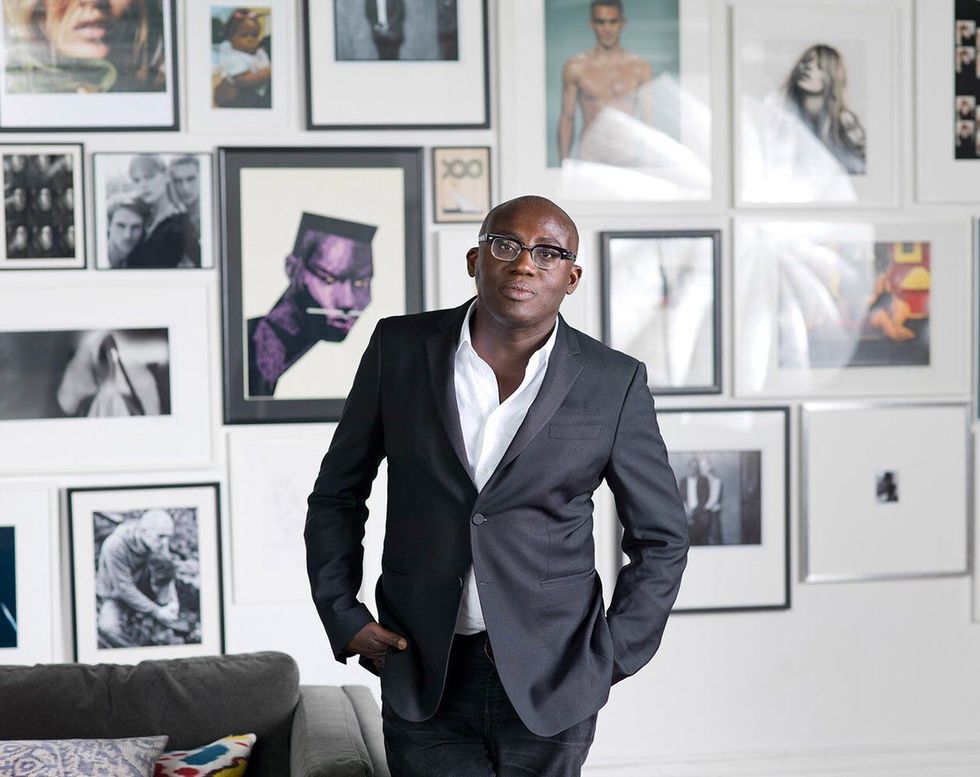 Edward Enninful, fashion and creative director, has made history as the first man of color to edit a mainstream women's fashion magazine.

Edward Enninful, fashion and creative director of W Magazine, has been named the new editor in chief of British Vogue, making him the first man and the first black editor of the publication. He will be replacing Alexandra Shulman in August of this year.

Condé Nast International chairman and chief executive Jonathan Newhouse called Enninful "an influential figure in the communities of fashion, Hollywood and music which shape the cultural zeitgeist," in the announcement, adding that "by virtue of his talent and experience, Edward is supremely prepared to assume the responsibility of British Vogue."

Hailing from Ghana, Enninful grew up in London where he was scouted as a model at 16-years-old. His career in the fashion industry accelerated shortly after, where he became the fashion director for i-D at 18—the youngest ever for an international publication. From there he's worked for Italian Vogue and American Vogue; and he's worked as a consultant for high-fashion campaigns.

In October of 2016, the British monarchy added to Enninful's accolades when they acknowledged his contribution to fashion by knighting him as Officer of the Most Excellent Order of the British Empire (OBE).

Enninful was the mind behind the "grunge" days of the 90s, and led Italian Vogue's "Black Issue" back in 1998, according to The New York Times. He boldly declared his intention to end the "white out that dominates the catwalks and magazines." The issue's success led Condé Nast to print an extra 40,000 copies.

As one of the few black power players in the fashion industry, Enninful continues to be an advocate for diversity and willingly calls racism out when he sees it. He made headlines in 2013 after sharing his grievances for being assigned to sit in the second row at a Paris couture show when his white colleagues were sat in the first.

It's said that Enninful was unexpected choice for this role—let's see how he shakes British Vogue up for the better, like his future colleague Elaine Welteroth has been doing during her time over at Teen Vogue.