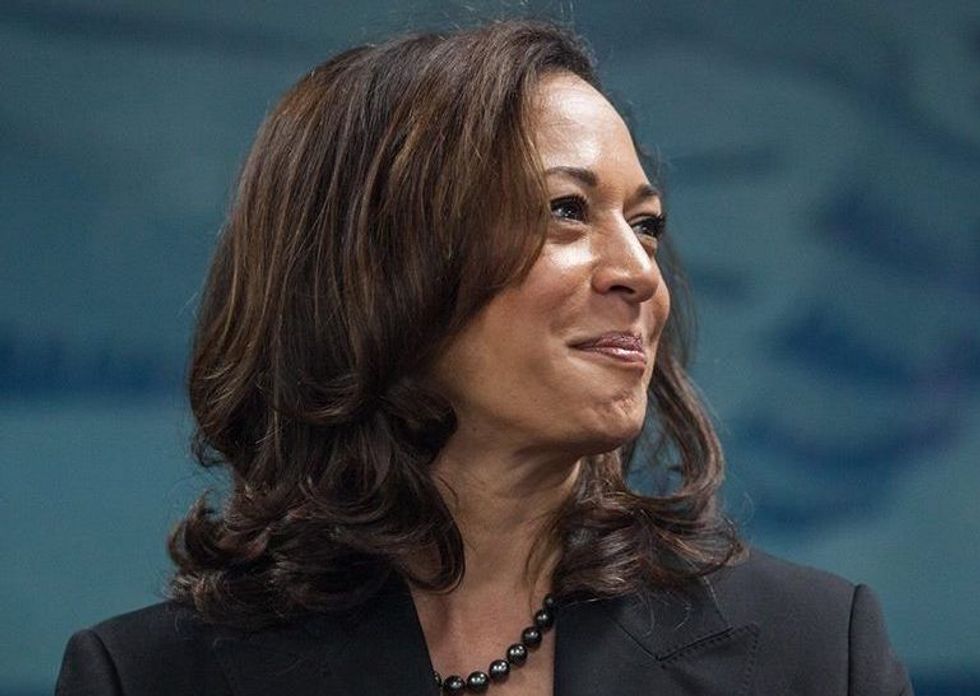 Finding a few bright spots from an otherwise horrendous day in American history, here are some moments from Tuesday’s election worth celebrating.

Tuesday was an absolute shit storm. A confusing, heartbreaking, tragedy of a shit storm. In the eye of that shit storm, there were a few glimmering moments that were easy to miss. Moments in which history was made, glass ceilings were indeed broken and progress and reason won out.

Below, we’ve rounded up seven historic events from Tuesday’s otherwise disastrous election results. We hope these bring you a little comfort and hope—even if just for a fleeting second—on this dark, dark day in American history.

With a commanding win in Minnesota’s State House race, Ilhan Omar made history when she became the first Somali-American legislator (and Muslim woman legislator) in U.S. history.

A policy analyst, community educator, advocate and mother of three, Omar, 34, currently serves as the Director of Policy Initiatives at Women Organizing Women, where she empowers East African women to take civic leadership roles in their community.

Born in Somalia in 1982, she and her family fled the country when she was eight, spending four years in a refugee camp in Kenya before coming to the U.S. and eventually settling in the Cedar-Riverside (West Bank) neighborhood of Minneapolis in 1997. As the next State Representative of Minnesota’s District 60B, she’s promised to dedicate herself to closing the opportunity gap and advancing an agenda focused on economic, social, racial, and environmental justice.

Kamala Harris became the first Indian-American and second Black woman in the Senate.

California’s Obama-endorsed Attorney General, Kamala Harris, was elected to the U.S. Senate last night, making her the second Black woman senator and the first Indian-American senator. (As NBC News points out, although there are currently 20 African-American women in the House of Representatives, there hasn’t been a black woman in the Senate since Carol Moseley Braun, who served one term for Illinois from 1993 to 1999.) The state’s first new senator in 24 years, she’ll take over from the retiring incumbent, Barbara Boxer.

Harris, 52, was born in Oakland to an Indian mother and a Jamaican father. In 2010, she became the first woman elected as California's Attorney General.

During her own victory speech last night, Harris encouraged her supporters to stay positive in the face of a Trump victory. “Do not despair. Do not be overwhelmed. Do not throw up our hands when it is time to roll up our sleeves and fight for who we are,” she said in Los Angeles.

Brown, who identifies as bisexual, actually stepped into the interim position in February 2015 when Oregon’s previous elected governor, John Kitzhaber, resigned amid a public corruption scandal involving him and his fiancee.

Pious Ali is no stranger to making history. A former photojournalist from Ghana who arrived in the U.S. in 2000, Ali, first made headlines when he was elected to the Portland Board of Education in 2013, thus making him the first African-born Muslim American to hold elective office in Maine.

On Tuesday, the well-known organizer and activist, 47, was elected to Portland’s City Council with 63 percent of the vote.

Democrat Catherine Cortez Masto won the Nevada Senate race to become the first Latina senator in U.S. history. It was a tight contest, which saw her defeat Rep. Joe Heck to fill the seat of retiring Senator and Democratic minority leader Harry Reid.

The granddaughter of a Mexican immigrant, Cortez Masto, 52, previously served as Nevada’s Attorney General. According to TheNew York Times, her Senate campaign focused on immigration overhaul and future Supreme Court picks before the Senate.

Lisa Blunt Rochester won Delaware’s U.S. House race (her first elected seat) to become the first African-American and first woman to represent the state of Delaware in Congress. She walked away with 55 percent of the vote to defeat Republican Hans Reigle. According to ABC 6, Rochester, a Democrat, has said her focus in Congress will be jobs, the economy and equal pay for equal work.

From the bottom of my heart, thank you Florida for the faith you have placed in me. I'm incredibly honored, and I will make you proud. #FL07pic.twitter.com/PQDnH34Oeb