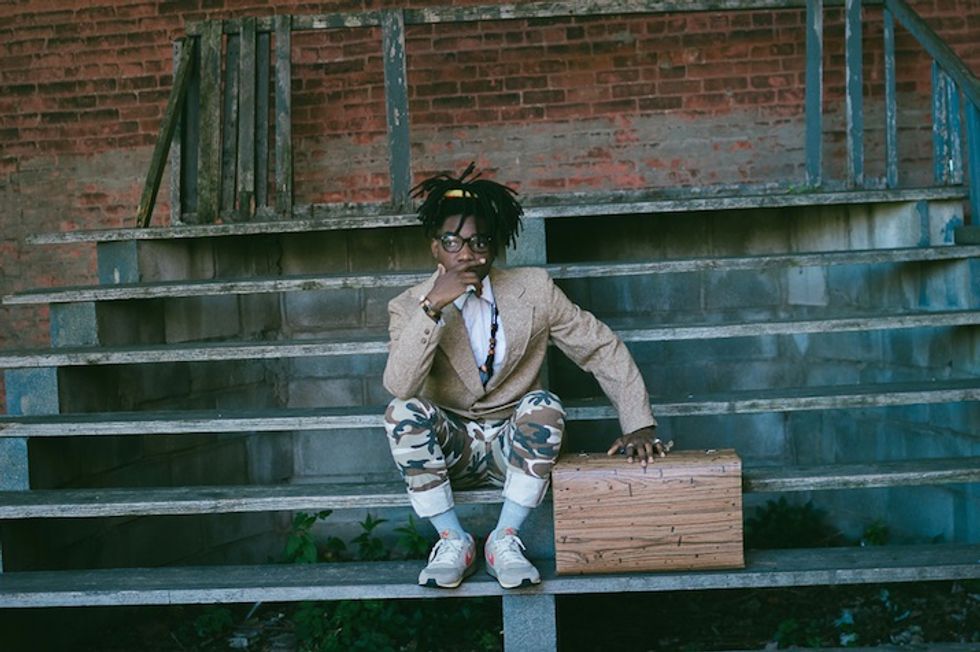 The clip for "Evolve (The Introduction)," produced by Fola, was released today. The video was shot and edited by his younger brother Emmanuel Afolabi and chronicles Fola as he plays his way through Central Park and the New York Public Library by Bryant Park. The video also splices in footage of Fola’s subway performances from this past summer.

When asked about the experience DJing in NYC subway stations Fola tells Okayafrica, “I’ve never seen someone do that, so I decided that I can be the first person to try it, and it really went great, the people loved it.”

Fola has an upcoming EP, tentatively and appropriately titled The Platform, in the works. The project’s sound direction, inspired by his subway performances, fuses experimental jazz with house and techno, an eclectic but rewarding marriage of genres that Fola calls 'Tech Afrique,' the same name of his newly launched label. The Platform EP will be fully produced by Fola and is scheduled to drop on March 18.

He plans to continue his subway residency this February. He will showcase his material throughout the month at the 8th Ave 14th Street A/C/E/L stop on Fridays at 3p.m. Be sure to catch him there.

Peep the dope jazzy electronic sounds in the beautifully-shot clip for "Evolve (The Introduction)" below.