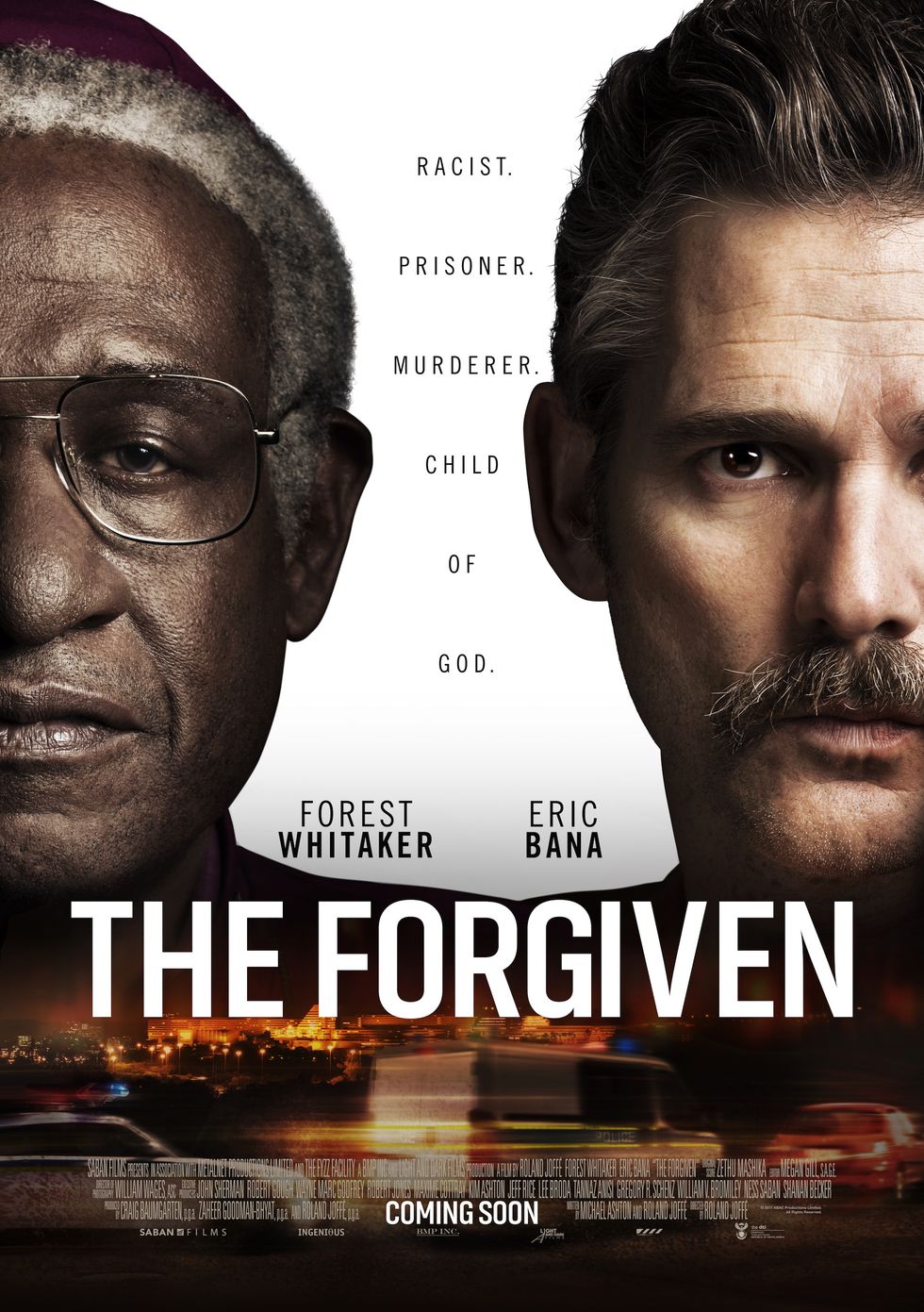 In an exclusive with OkayAfrica, watch a chilling scene from the thriller chronicling an investigation during South Africa's Truth and Reconciliation Commission.

Directed by Roland Joffé (The Killing Fields, The Mission) and alongside Eric Bana, The Forgiven is an intense thriller based on the real events from South Africa's Truth and Reconciliation Commission—a restorative justice body that was assembled in 1996, after the abolition of apartheid just two years prior.

In 'The Forgiven,' when Archbishop Desmond Tutu (Forest Whitaker) is appointed to head a nationwide investigation, he's summoned to a maximum-security prison by a notorious murderer seeking clemency (Eric Bana). Inside the brutal prison walls, Tutu is drawn into a dangerous, life-changing battle with the cunning criminal.

Archbishop Tutu says in a statement that this film comes just at the right time.

"This timely, compelling and intelligent film, movingly, and above all humanely, captures what it felt like to be working with those selfless members of the TRC who strove, often against the odds, to help bring both truth and reconciliation to the ordinary people of South Africa," Tutu says. "The film is a tribute to the remarkable and healing power of forgiveness and the outstanding compassion and courage of those who offered love and forgiveness as an antidote to hate and inhumanity. This is not only a film about a certain time and place, it is a pean of hope to humanity at large."