Exclusive: You Need to See This Afrofuturistic Kung-Fu Fight Scene 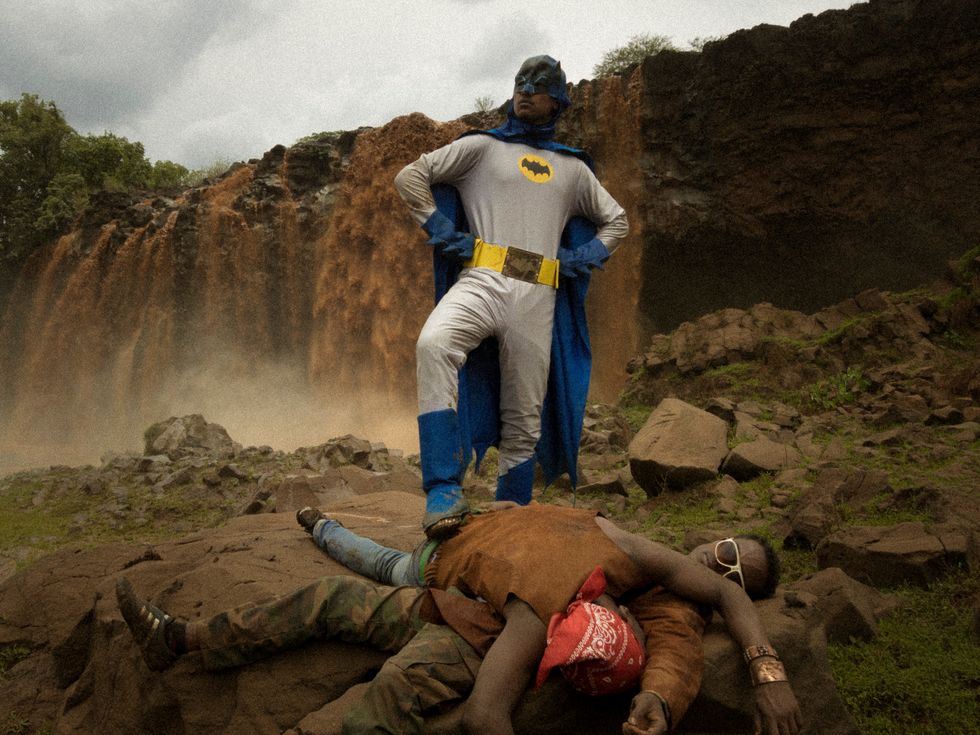 The team that brought us the bizarre, Ethiopian post-apocalyptic sci-fi film, Crumbs, has a new sci-fi adventure in the works.

Jesus Shows You the Way to the Highway, directed by Miguel Llansó and starring Daniel Tadesse Gagano, is an otherworldly film of weird interdimensional travel, spy plots and fung-fu adventures.

It's 2035 and Tallinn, now a megalopolis, is managed by an ubiquitous computer program called Psychobook. Undercover agents Gagano and his boss Palmer Eldritch are tasked with protecting psychobook from any and all threats.

When a dangerous virus called "Soviet Union" is detected within psychobook, the agents are assigned the mission to destroy it. During the mission, when accidentally inhaling a strange gas-emitting substance, Gagano becomes trapped in Betta Ethiopia, a parallel reality where he is considered the true heir to the throne. As he tackles the challenge of becoming the new Emperor, a battle breaks out in Betta Ethiopia between the Prime Minister, a firm supporter of the state apparatus and Psychobook, and Reverend Roy, a sect leader who promotes the free use of the substance for truth seeking and liberation purposes. When Gagano befriends Roy Mascarone, a Jesus Christ-like figure, he will learn how to use the substance to travel within realities, knowledge that will finally lead Gagano to the ultimate truth.

The team behind this film is currently raising funds to continue shooting and producing this project. Check out their Kickstarter to learn more.