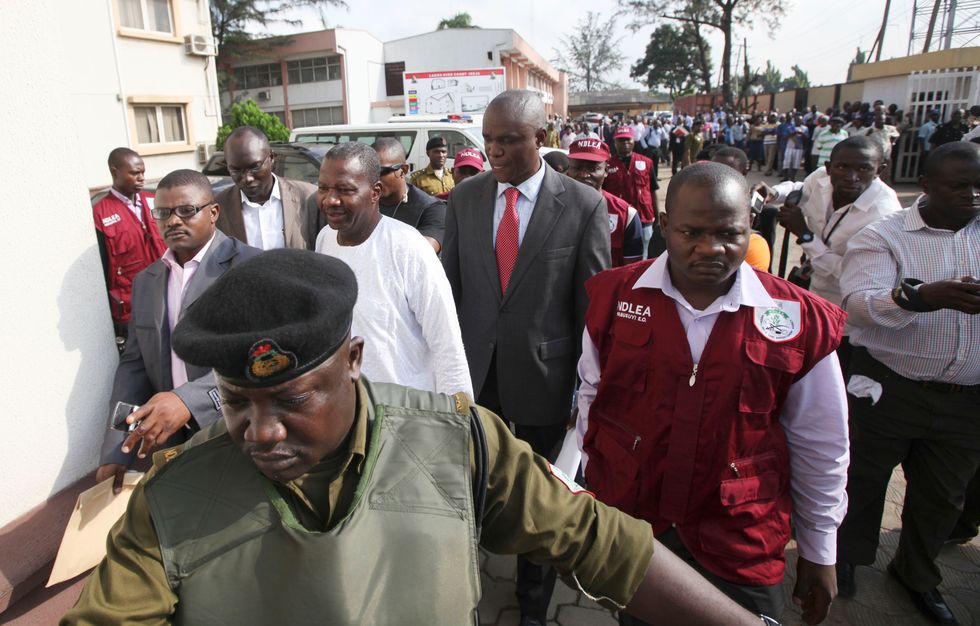 Nollywood star Baba Suwe (above, in white) was arrested mid-October at Lagos airport by anti-narcotics agents claiming x-ray scans showed images "consistent with large amount of drug ingestion". The accusation lead to a three-week spectacle in which Nigerian officials, and the entire country, kept tabs on the detained Suwe's bowel movements — looking out for discharged bags of cocaine. The bags never came.

The ordeal recalls the infamous incident in which Fela Kuti swallowed a joint planted on him by Nigerian police, who then awaited for the afrobeat pioneer to produce the excrement. Popular opinion has it that Fela somehow used another inmate's feces to beat the charge. Other, more superstitious. specators believe both him and Baba Suwe invoked the same powerful juju. The event inspired Fela's legendary 1975 Expensive Shit LP.