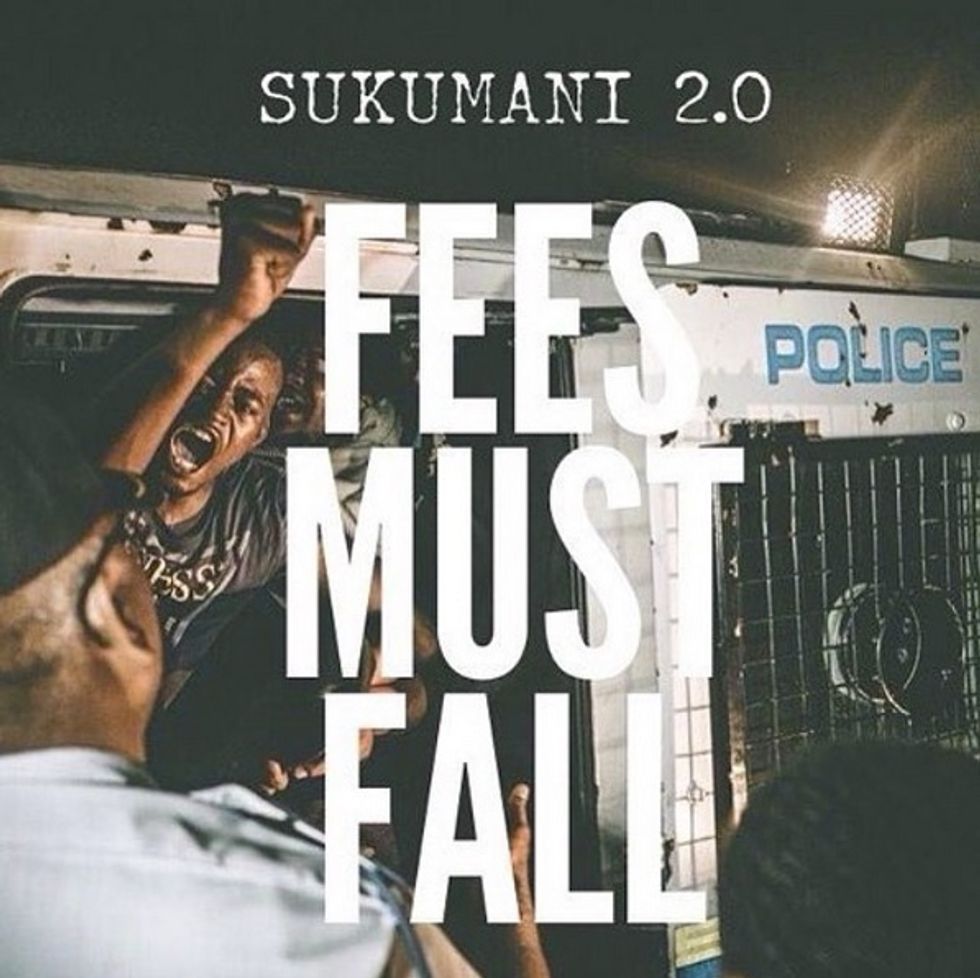 Aewon Wolf & Mashayabhuqe KaMamba team up on a powerful protest anthem for the #FeesMustFall movement in South Africa.

"They don’t want to hear us at all, and all we want to say is that the fees must fall.”

The original song, released in February, is about “every African standing up for what's right,” Mashayabhuqe tells Okayafrica over email. According to the Johannesburg-based musician, his friend Aewon Wolf was in the studio Wednesday night working on a song about this week’s nationwide #FeesMustFall protests when he had the idea of using the “Sukumani” chorus on the track. “I agreed because I personally felt it was relevant and simple to comprehend,” he says. “And yeah, the rest is history.”

Mashayabhuqe tells us the protests mean “unity, goal-driven youth and having a voice.” “We're the youth and have showed the world how powerful we are when we come together as one. This is not a racial thing, it's every South African kid's issue, and I support them.”

For both artists, the threat of increased tuition is an issue that hits especially close to home. Mashayabhuqe dropped out of the University of South Africa during his second year of pursuing a BA in communication science, due to money issues. He also has a nephew to consider. “I'm looking at him thinking one day I'll be spending millions on him for his education. Nah, that's not right. I understand education is our NEED but it shouldn't be this expensive.”

“This the shit I went through before,” an impassioned Aewon Wolf raps on the track about his own experience with tuition fees as a law school student. “I was fucking stressed out of my mind working four jobs, just to pay these fees we gonna need more money please. And I really want a degree [to help me] get a J.O.B., but now I need the J.O.B. just to get the degree, and that sounds like the wrong way.”

“I'm just saying, somebody must help, this can't be right,” says Mashayabhuqe. “We're a small country. Education should be accessible.”