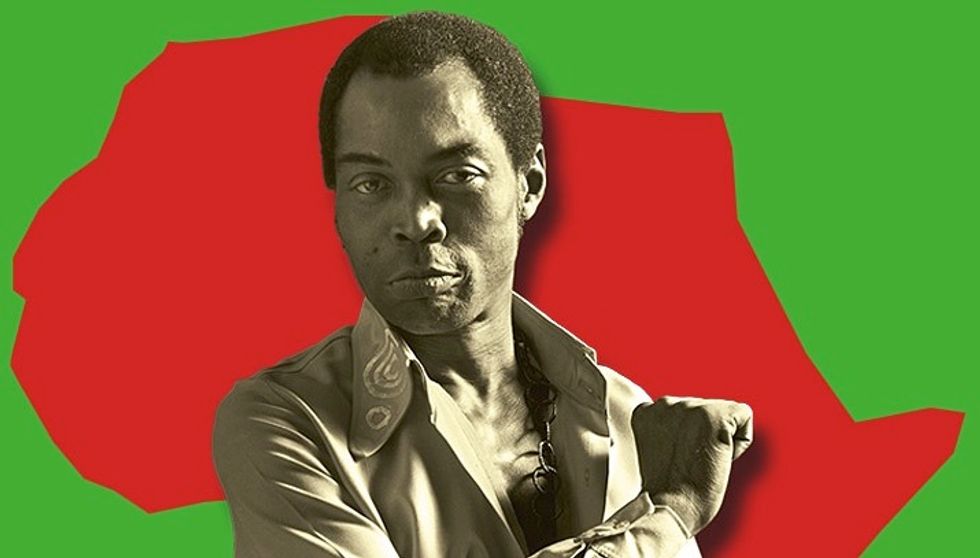 Join us as we celebrate Felabration and the release of Red Hot + FELA at Brooklyn Bowl!

To coincide with FELABRATIONS across the globe, Okayafrica is presenting its own Felabration during CMJ at Brooklyn Bowl (Thurs, Oct 17). Join us as we rejoice and honor what would have been the afrobeat godfather Fela Anikulapo Kuti's 75th birthday with an all out celebration of the great man's life and legacy through music and activism.

We'll be holding it down and celebrating the release of the Red Hot + FELA album alongside the FELA! band starring Sahr Ngaujah (the star of FELA! on Broadway) and Bajah + The Dry Eye Crew! Afterwards the party will shift to a Fela-themed Bowl Train, DJ'ed by the only ?uestlove, which will continue until the wee hours. ?uesto will be spinning Fela Kuti and afrobeat hits throughout his usual set. We'll also be showcasing some classic Fela performances and interview clips. See you all there!