Femi on FELA!: "The play is fantastic." 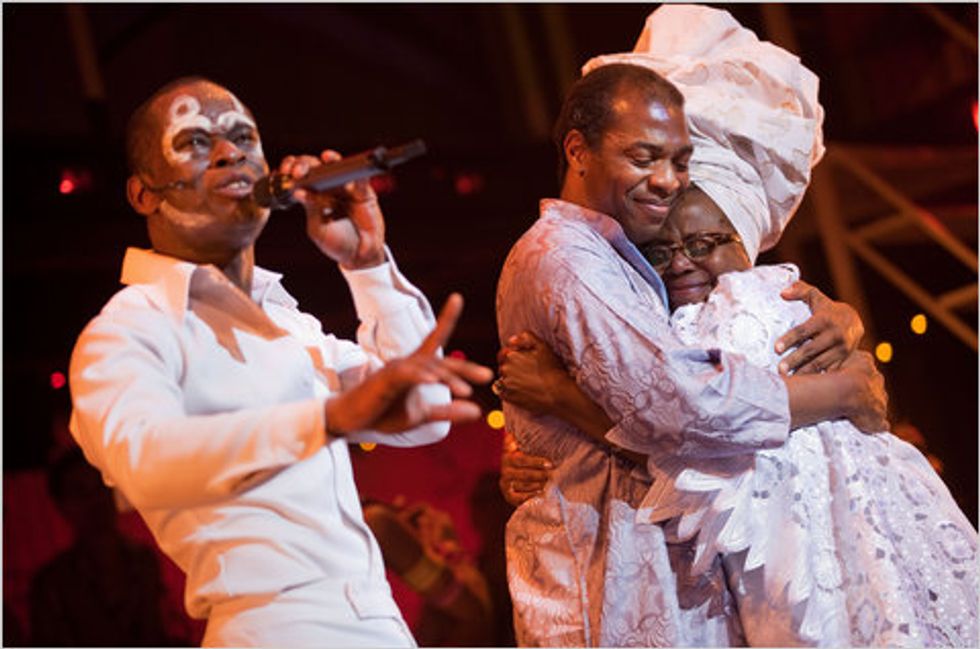 Despite rumors that Femi Kuti, Fela's eldest son, refused to see the Broadway production of his late father's musical, FELA!, during a recent visit to New York (had vowed to see it only if the show was brought to Lagos production back to Fela's legendary venue in Lagos, The Shrine), Femi attended a performance this week. It was a particularly emotional performance on Tuesday,  as Femi joined the cast on stage for the curtain call, tearfully sang a few bars of Gentleman with FELA! star Sahr Ngaujah, and called for African unity.

Femi, currently touring in the US, has a new album coming out later this year entitled Africa for Africa.

Check out more pictures and coverage from the the New York Times. But we'll post the best quote here from the article series, from ?uestlove, talking about their collabo on the Red, Hot, and Riot Fela tribute album back in the day:

“When Femi came to the studio to meet us, it was like a scene straight out of ‘Coming to America,’ ” the 1988 movie in which Eddie Murphy plays the prince of an imaginary African country, Mr. Thompson said. “He walked in like the king of Zamunda, with his entourage and all these royal-looking women, and me and Common and D’Angelo just looked at each other. But what was beautiful was that although he has his father’s charisma and authoritative stance, he is also very humble.”