Film: Incredible Street Band in DRC Asks Us to 'Look Beyond Appearances' 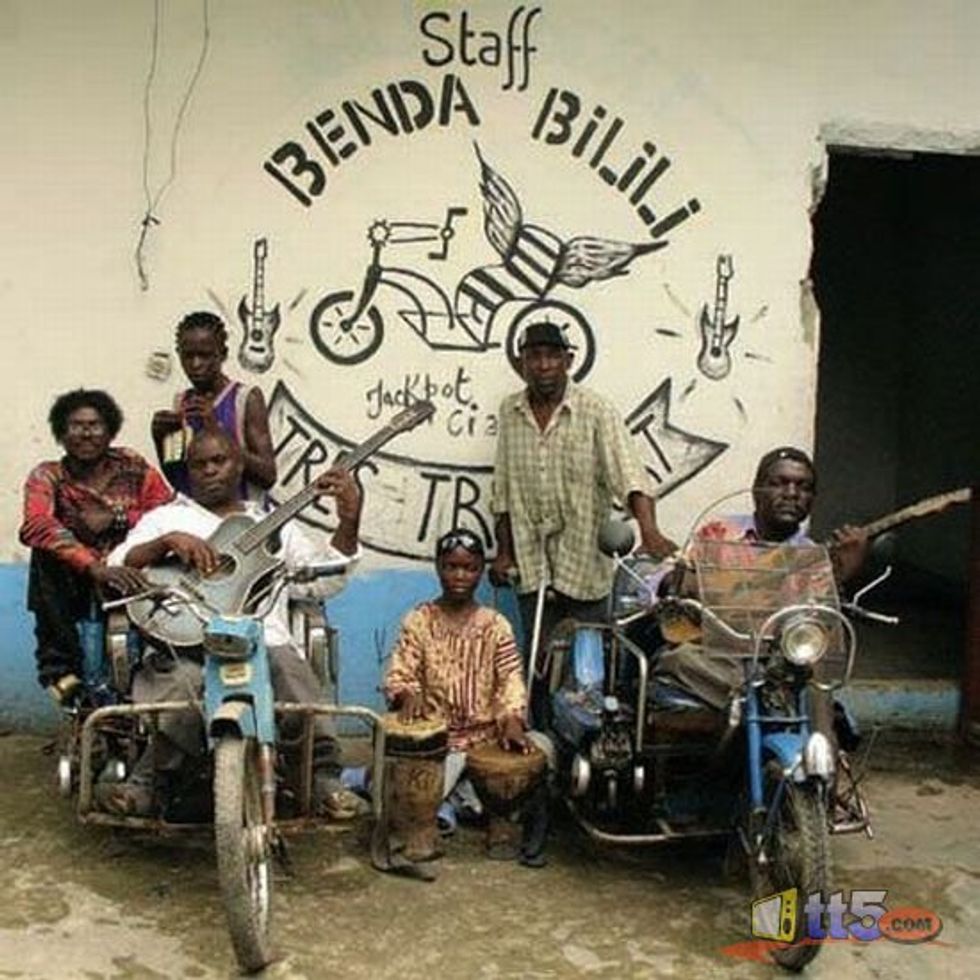 In 2005 two French filmmakers stumbled upon a group of disabled street musicians in Kinshasa, Democratic Republic of Congo who called themselves Staff Benda Bilili (translation: "Look Beyond Appearances"). The filmmakers were immediately drawn to the band's yearning to transcend societal standards and their capacity to endure the harsh realities of a war-ravaged country on the heels of a new beginning. They immediately began documenting what would become a five year odyssey following the band’s struggles and accomplishments, culminating into what has become a well-received documentary that opened at the Cannes Film Festival last year.

With their tricked-out tricycles, handmade instruments constructed out of trash and the Kinshasa city zoo as their backdrop, Benda Bilili’s story alone is enough to garner international intrigue. But its their music — which has roots in traditional Congolese folk and rumba-Soukous dance — that has captivated people all around the world. Harboring strong messages of hope, tolerance, and community action, the group have played a pivotal role in ushering in a new era of peace within the DRC. Yet, their statements resonate far beyond Congolese borders, as Bena Bilili's ability to overcome their social status and physical ailments serves as an inspiration to anyone who has encountered the modern day struggles of today’s world, large and small.

Benda Bilili! is now playing at select theaters worldwide. For a preview of their magic, take a look at the music video for "Polio" below.