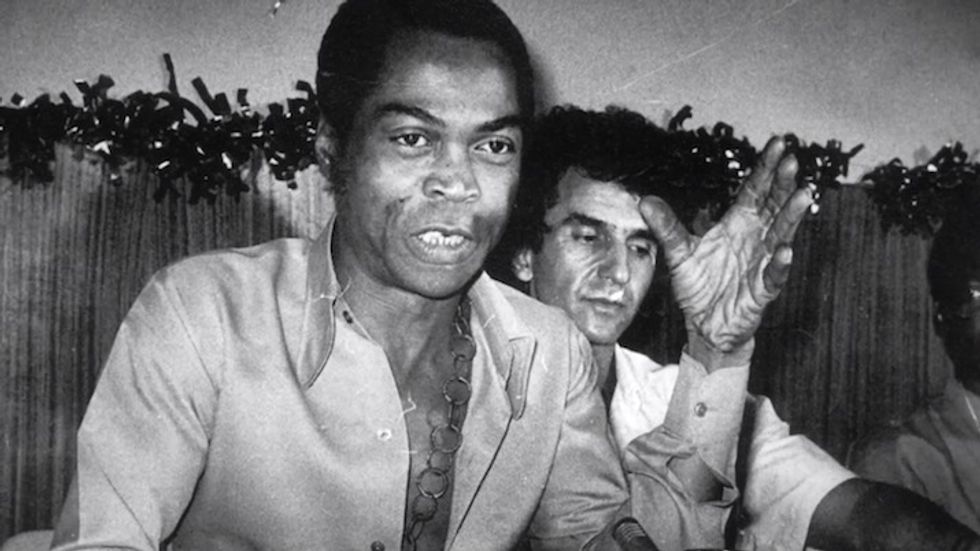 Finding Fela, the documentary from Academy Award-winning filmmaker Alex Gibney which Okayafrica/Okayplayer co-produced alongside Jigsaw Productions and Knitting Factory Entertainment, will begin its North American theatrical run in August. The news coincided with an announcement that art house distributor Kino Lorber has acquired all North American rights to the film. Today we're excited to report that the film's first official trailer has been released. Watch it below and scroll on for a list of North American theatrical dates. The Finding Fela soundtrack, which includes 17 of Fela's classic tracks plus a never-before released live version of “Colonial Mentality” recorded at the New Afrika Shine featuring Femi Kuti joining the Fela musical cast and band in a historic encore to the performance of Fela for Kalakuta, is now available for pre-order from Knitting Factory Records. Listen to a sample stream via KFR below.