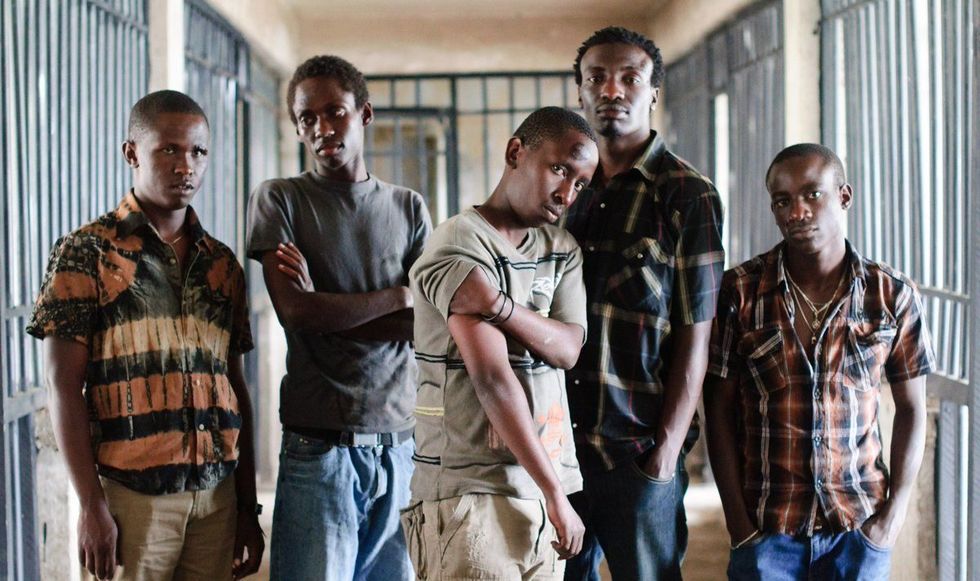 The festival in it's first year is showcasing the likes of award winning films, ‘Kati Kati,' 'Pumzi' and more.

The NBO Film Festival aims to showcase the best in Kenyan cinema, with critically acclaimed movies from various genres including sci-fi and documentary. In it's first year, the festival will run through Feb. 5 at Prestige Plaza Cinemas and at The Elephant, in Lavington.

“We’re overwhelmed by the love and positive support the film festival has received. We’re starting small but with this kind of support and regular programming we are excited to see what the future holds,” Mbithi Masya, who is the festival's art director and KATI KATI’s award winning director, says.

There will be an option to see three short screenings around the city, where viewers will cycle to the venues as part of Goethe Institut’s Shorts on Wheels initiative. Other highlights include an evening with the Stories of Our Lives filmmakers—whose LGBT offering Kenyan censors banned in 2014.

Here are some of the titles to be screened:

This futuristic film follows an amnesiac, Kaleche (Nyokabi Gethaiga), whose arrival at the Kati Kati lodge leads her to discover a shocking truth about why she is in the middle of nowhere. This suspenseful 2016 Toronto International Film Festival pick is also the main feature at NFF.

Mumbi (Margaret Nyacheo) walks out of an abusive marriage and heads back to her father’s house in the countryside, amidst palpable scorn by the local women. It is the imminent destruction of the sacred Mugumo tree—believed to hold mythical powers—that threatens to divide the community.

This One Fine Day Films production shows Nairobi’s underbelly of crime, where a charismatic young man (Joseph Wairimu) soon finds the city of lights is not as glamorous or welcoming to aspiring actors with debts to pay.

This sports documentary looks at the decline of boxing in Kenya from the 1980s up until the present day. We see how Kenya went from nurturing world class fighters, to defunding boxing clubs and ignoring contemporary champions—some of whom are struggling to survive.

Set in Limuru town, Charles (David Waronja) struggles to convince his crush, Jenifer (Lydia Manani), that he is in love and wants to court her seriously. After a lousy first shot, he enlists the help of his buddy to win her over.

The film was originally a play that featured talent from Nairobi’s Kibera and Mathare slums, with the aim of addressing issues that are prevalent in slum areas including discrimination and stigma against those with HIV/AIDS. The film is shot in the Sheng and Swahili languages and follows two brothers leave the countryside for a better life in Nairobi, when hilarity ensues as they juggle family life, loyalty, love and learn to forgive.

Ten years after the 1998 U.S. Embassy bombing in Nairobi, an intelligence officer Abu (Ken Ambani) and Tami (Corrine Onyango), an artist, connect over losing loved ones in the terror attack.

This drama tackles political intrigue, revenge and love when a prominent politician Amos (Lowry Odhiambo) is put to task by an opponent, Wadu (Abubakar Mire) looking to succeed him as Maua Member of Parliament. Amos’s lonely wife Esther (Lizz Njagah) seeks comfort with an ex-con Kenzo (Emo Rugene), whose vendetta against Amos exposes the politician’s macabre character. It is a nosy filmmaker’s discovery that threatens to rock the community.