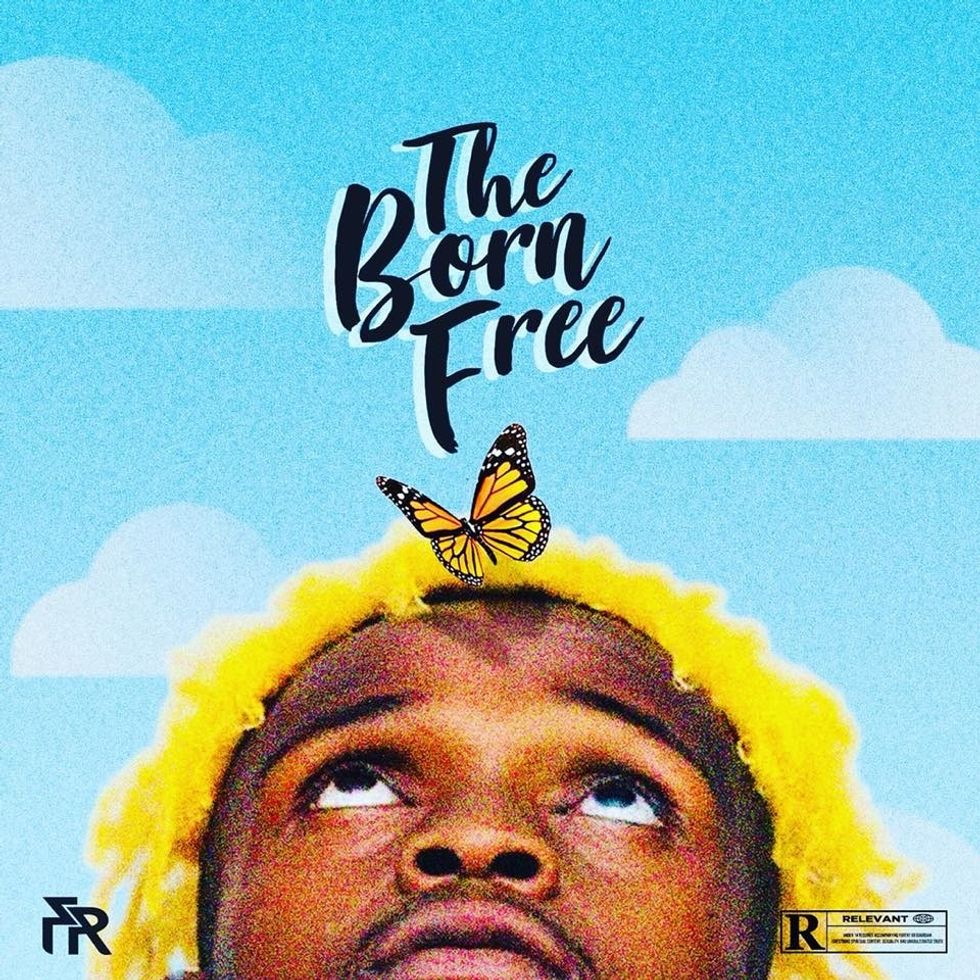 The South African rapper's debut album is a gem.

About a year later, his debut album, The Born Free, arrives. On the album, Flex tells his personal story with the skills of a virtuoso rapper, and by so doing gives you a glimpse of what it's like to be young, black and gifted in South Africa.

The concept of South African kids who are born after 1994, being called "born free" is one of the biggest ironies of our young democracy.

Flex, on his album, grapples with this concept, but is subtle in his approach. On the album's opening song, "Y.A.G.U"—an acronym for "young ass grown up," he is as conflicted as the oxymoronic title. Life has shown him flames ("All the financial struggles nearly broke my fam/ the only bond we had left was that home loan"), and it has forced him to grow up ("Mom told me that she sent me money out at Checkers/ This is not the time for me to live young and reckless").

Over mellow keys, he raps on the song, "While my peers are at the club, and they turning up/ I'm busy thinking of plans to get my earnings up."

Read: 25 Up-And-Coming South African Rappers Under 25 You Need To Stop Sleeping On

He croons on the hook:

"Every time I see my mom, she getting older/ I feel the pressure resting on my shoulders/ can't even mess around, I gotta focus/ I'm a young ass grown up."

Like many South Africans of his age, Flex got the opportunity to go to multi-racial schools, which the generation before him couldn't. Going to multiracial schools is, however, an extreme sport that comes with its own traumas, and the rapper touches a bit on that on the opening song:

"Still not owning land, oh no/ 20 years after the freedom that we all saw/ became wise, mama told me I'm a born free/ but the freedom ain't real, it's all show/ Appreciated the honesty/ She broke her back so I can study at model C schools with the white kids/ who came here Vikings, and took all the land/ and I hate them all obviously/ But that was my mind then/ this is my mind now, we gotta build as a people, ain't gotta shy now".

"Y.A.G.U" sets the tone for the album, both sonically and in terms of subject matter. Flex acknowledges all difficulties life throws his way, but he is always determined to overcome those obstacles.

The song "Back Up In My Zone," offers a relief from the heavy subject matter with its light-heartedness. It's a trap banger that club DJs should snatch.

The Born Free paints the picture of who Flex is as a person—a young dreamer who knows his life and career could either explode or implode, and his fate rests on his hands. He is confident and likes to have fun, too; it doesn't just stop at self-introspection, which he does on songs like the aforementioned "Y.A.G.U," "Carefully Woven" and "Pour Grace." Songs like "Back Up In My Zone," "Nkwari Over Here" and "Don Bass" show the lighter side of the rapper.

Relationships take the center stage on "Issa Lot," "I Know Better," "Wadlala Ngami" and "Don Bass." The latter plays out like a continuation of "Wadlala Ngami." On "Wadlala Ngami," Flex is mourning a relationship that didn't work out. On "Don Bass," he is back on the market again. It's the scenario in which you are newly single and ready to mingle again. And he brings a friend with him, the rapper Bhunga Bhengu, to check out some mamis.

Sonically, The Born Free combines beats that have both trap and boom bap sensibilities, to suit each song's mood. It showcases the rapper's ability to rap over different drum patterns and his traits as an MC—he has the wordplay, knows how to tell a story, and is not scared to look in the mirror and share his fears and aspirations with his listener.

But even in moments of vulnerability, he manages to not sound whiny. Peep "Outchea Visiting" for instance, where he admits to have only a few fans, but reveals he's devoted to please them. And he believes in the power of fans; that they can catapult his career to Cassper Nyovest and Emtee levels. He raps:

"For the first time in my life, I feel a lot of resistance/ from the people closest to me, when I need their assistance/ they just victims of the system/ and the irony of it all is my partially blind sister is the only one who sees the vision."

The Born Free works as a full body of work, and has a lot of songs that can work as stand-alone singles without deviating from the album's overall mood. It has plenty of quotable lines that also don't deviate from the story.