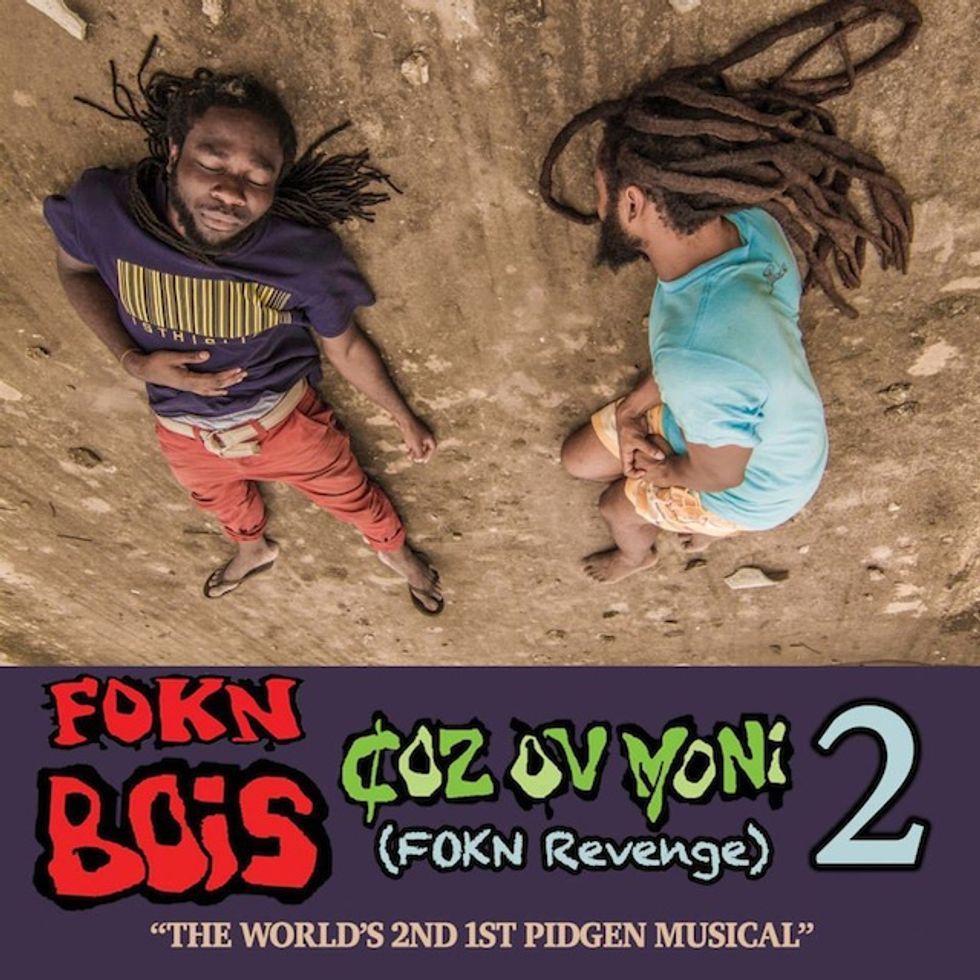 Ghana's FOKN Bois duo of Wanlov the Kubolor and M3NSA recently returned with the "world’s second first pidgen musical" Coz of Moni II: FOKN Revenge. While the first installment was a day-in-the-life foray full of missteps and foibles, this time around revenge is the main dish served. The film follows the tongue-in-cheek duo as they go on a mission tracking down members of the machete-wielding gang that had ambushed, wounded, robbed and left them for dead.

While the rest of the world geared up for the yuletide festivities, FOKN Bois launched their latest take on societal issues at a premiere event in Accra. We expect the sophomore Coz Ov Moni film to make the rounds in the coming months. Look out for a screening in a city near you — until then, you can grab a copy of Coz Ov Moni 2: FOKN Revengeon DVD. Watch the event trailer, featuring some pretty dope footage from the film, and part one ("the world's first pidgen musical") in full below:

Update NYC Premiere: Coz Ov Moni 2: FOKN Revenge will be getting it's NYC screening premiere February 21 in Williamsburg, presented by Afropop Worldwide. See the general info below and head here for schedule details, Afropop is also screening the original Coz Ov Moni prior to the premiere for those interested — we recommend catching both!