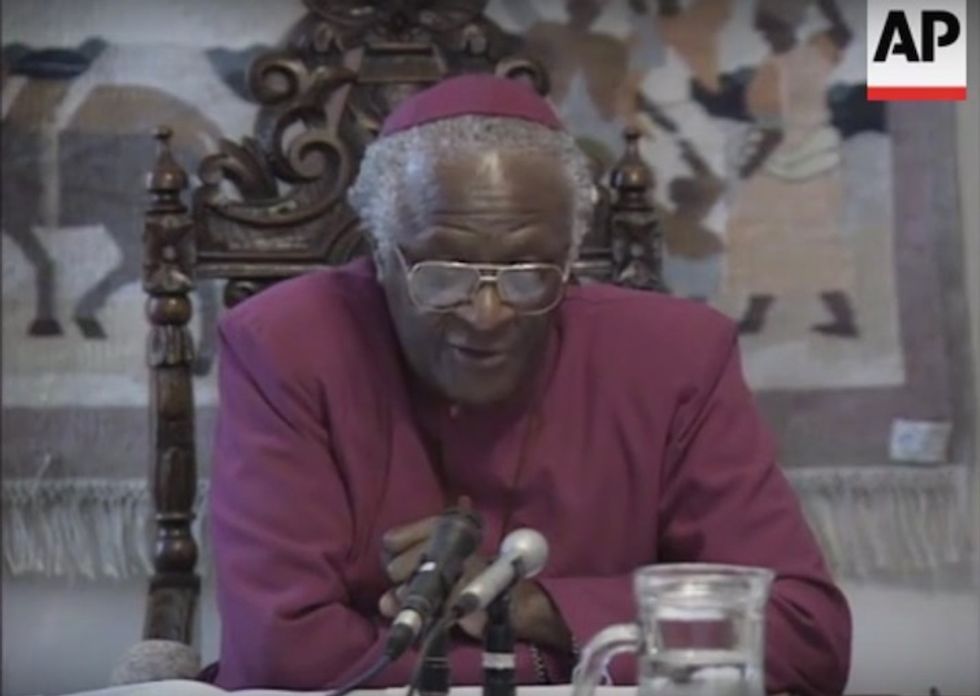 The 54-year-old actor has been cast alongside Vince Vaughn as the lead in Roland Joffé’s film adaptation of Michael Ashton’s 1996 South Africa-set play, The Archbishop and the Antichrist.

The script, which The Killing Fields director Joffé co-wrote with Ashton, tells the story of a fictionalized meeting between Tutu and an imprisoned white South African murderer named Piet Blomfield. The exchange takes place during the newly democratic South Africa’s Truth and Reconciliation Commission, which Tutu was chairman of.

Ashton wrote the play while serving time for fraud in a UK prison. In a BBC Radio 4 interview from May 2012, the former human rights lawyer explained his interest in writing the TRC-centered play: “I was doing a masters degree in research methodology, and I just happened to be looking at the Truth and Reconciliation Commission, and I thought to myself, you know, everyone talks about Nelson Mandela and Walter Sisulu and Thabo Mbeki, but the real hero, the person who was [...] all those years, was Desmond Tutu. And he’s so unassuming, that perhaps it’s time he had a little recognition as well.”

The playwright also discussed the premise of the drama with The Telegraph: “Desmond Tutu is finding it difficult to reconcile forgiveness with amnesty and is having a crisis of conscious and faith, when he receives a letter from a convicted serial killer… The serial killer is one week from being executed, and during the course of that week, Tutu and the killer manage together to find their way back to faith, reconciliation and forgiveness.”

As Shadow & Act notes, the film project and Whitaker’s attachment to it actually date back to 2012. Today it was announced that the actor–who in 2011 became a UNESCO Goodwill Ambassador for Peace and Reconciliation–has officially signed on to play Tutu. “Forest Whitaker brings a great sense of depth and power to all his performances and he is the perfect match for Tutu’s complex character,” says 13 Films president Tannaz Anisi.

The Archbishop and the Antichrist is set to begin shooting early in 2016. 13 Films will handle international rights for the project, while WME Global is handling North American rights.