Forget 007: Here Are 7 African Roles Idris Elba Could Play Instead 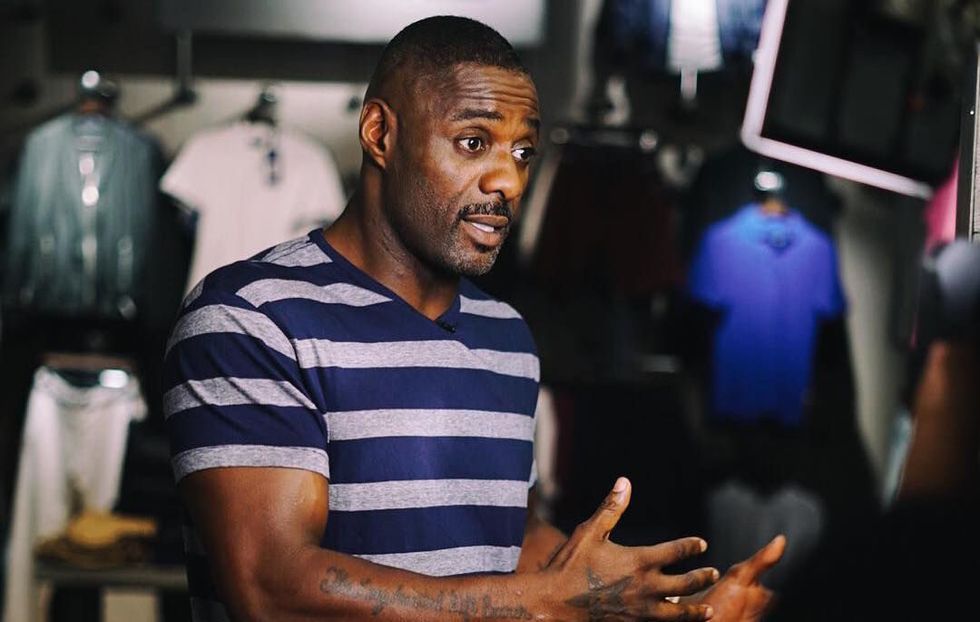 Since it's likely Idris Elba won't play James Bond in the next edition of 007, here are 7 African characters he can play instead.

London-based Eon Productions and MGM have confirmed that the next installment of the James Bond franchise will be released on November 8, 2019, reports The New York Times. Though details about the release’s “distribution partner, international release dates, and the film’s cast and director,” were not provided, the Times article quoted two anonymous sources who confirmed that British actor, Daniel Craig will continue in the role of James Bond.

If those sources are correct, the announcement will surely disappoint Idris Elba fans who had fancied the thespian as the next face of British intelligence. When these fans—millennials of a certain persuasion—think of Britain today, they see faces like Elba, Dizzy Rascal, Ozwald Boateng, and Yinka Shonibare MBE; it is the sounds of grime, trip-hop, reggae that they hear.

As fine as he [Elba] was, they tweeted that he was worthy to play a role that was the very embodiment of British masculinity. They protested when Anthony Horowitz insinuated in an interview that Elba wasn’t “suave” enough to play Bond. Even South African-born Hollywood A-lister Charlize Theron lent her voice to the Elba-for-Bond movement.

While I understand the disappointment Elba fans must feel, I am not dismayed that he wouldn’t be the face of a dead empire I have little or no affections for. Besides, there are countless characters in the African literary and pop-cultural universe an enterprising and ambitious producer, from say Nollywood, can develop, which could make use of his skills and global following. Take a look at some below.

Keita is the protagonist in Inongo vi Makomè’sNatives, which is set in Barcelona where the lives of its illegal African immigrants and the city’s natives rarely intersect. Elba could play the hero who in the novel is randomly selected by two successful middle age women to satisfy them sexual cravings. A visionary director that could translate Makomè’s hilariously crafted sex scenes—some of the most memorable I have read lately—could provide Elba an opportunity to showcase both sex appeal and comedic chops.

2. The Unnamed Narrator of “The Palm-Wine Drinkard”

Picture Elba running through the congested backyard of Dead’s Town in search of his recently deceased tapster in a fantastic setting where spirits of the dead and the living co-mingle. While the actor’s not-so-recent role as a warlord of an unnamed West African country was widely praised on this side of the Atlantic as charismatic, I think Elba would alight the screen as the unnamed narrator fighting ghosts and spirits in Amos Tutuola’s masterpiece.

There has hardly been a character that boasted a following that stretched from South African townships to the coastal cities of English speaking West Africa by way of the Eastern Coast like Drum Magazine’s crime fighting superhero The Spear. If The Spear is to be reborn on screen, I for one cannot imagine anyone better than Elba to channel his coolness. Imagine Elba as Lance combatting Coltan Smugglers, Big Game hunters, mercenaries and criminal gangs.

Who better than Elba to play the military commander and Marxist politician whose role in Mozambique’s independence has earned him a prominent place in the pantheon of Southern African liberation era heroes. Independent Mozambique under Machel not only diminished Portugal’s role as an imperial power of consequence, it played a pivotal role in the wars of liberation that saw Rhodesia transformed into Zimbabwe, and gave the apartheid regime in South Africa on edge.

Visualize Elba in fatigues, a red beret, and his eyes squinted against sunrays as he speaks into a microphone to an audience of boubou wearing women. Given his range, Elba seems like the ideal vessel to convey the gravitas of the dashing Burkinabe revolutionary whose brief passage on the African political stage at the dawn of the cold war. Imagine close shots of Elba as Sankara waving to a swooning crowd of youth; on his bicycle riding to work; in his jerseys kicking a football, and then that speech where he tells young Africans to “dare to invent the future.”

Whether or not Elba can handle the ball like the performance artist of a player who parlayed his talent from his native West Africa to the highest echelons of arguably the most popular sport in the world is irrelevant. It wouldn’t matter if the actor can dribble with the deftness, or run like a gazelle—qualities that made Weah the legendary forward that he is today—but what might matter would be how this story is told. Perhaps, Elba could play a Weah’s transition from retired football great to ambitious political figure. The possibilities are endless.

7. Thomas N’Kono aka The Black Spider

With the agility of a gymnast, N’Kono wrote his name in soccer lore at a time when the presence of African players in European leagues hadn’t yet lost its novelty. At his peak during the nineteen eighties, there were encounters in which Tommy [as he is called in his native Cameroon] didn’t just compete against the opposing offensive lines, but entire stadia of ambivalent soccer fans wowed and frightened by his feats. Not only does Elba have The Black Spider’s stature, he evokes the confidence that marked the goalie’s tenure as goalie for Cameroon during its golden years spanning the 80s and 90s.

Kangsen Feka Wakai was born in Cameroon. He is a hip-hop and jazz head who worships in the shrine of Fela Anikulapo Kuti. He is an imaginary god child of Nina Simone and Sun Ra. He is currently working on a memoir exploring father-son dynamics, family, identity, and displacement. He lives in Washington, D.C. Follow him on Twitter @KfWakai.