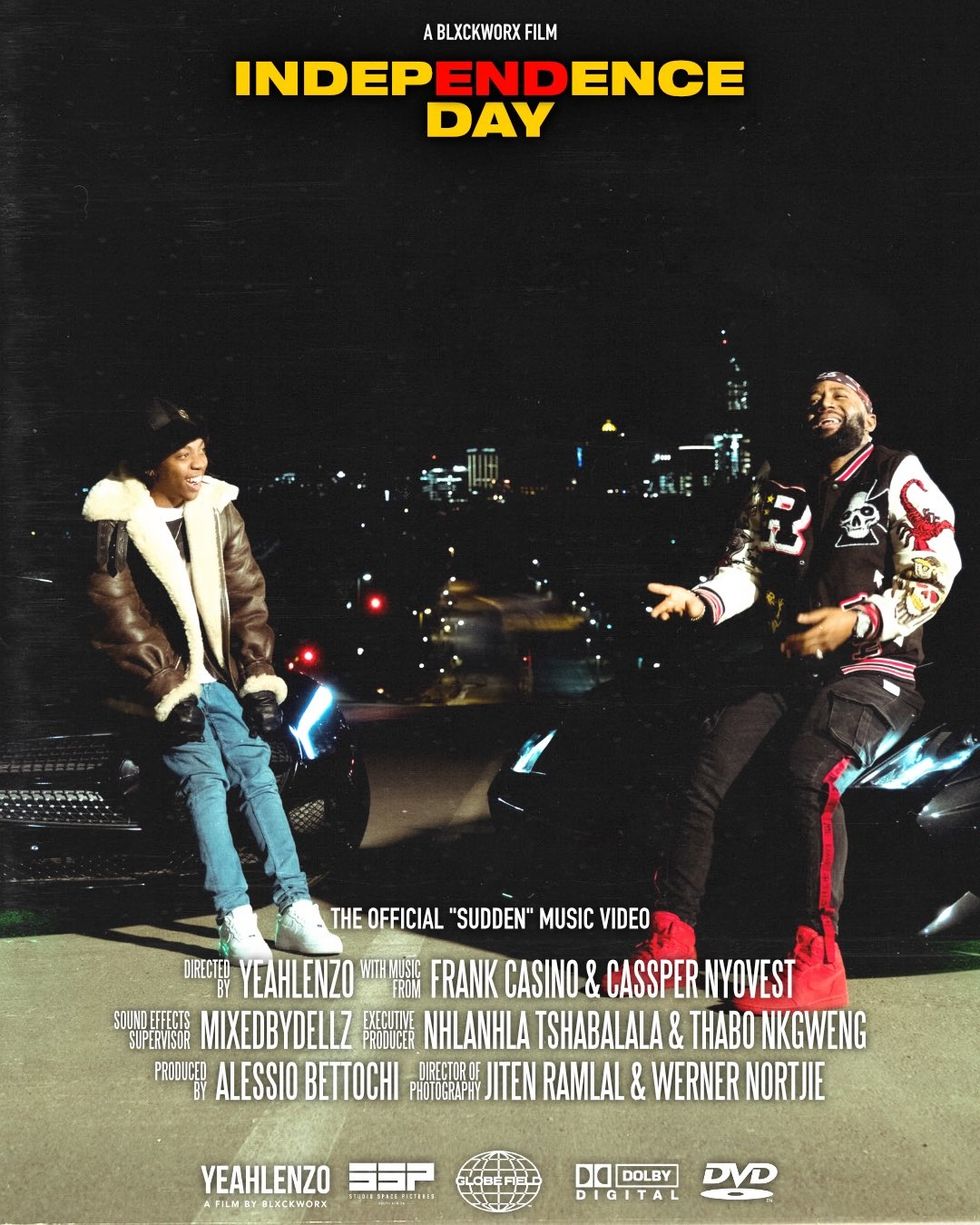 Frank Casino shares the visuals for his 2018 collaboration with Cassper Nyovest.

Last year, Cassper Nyovest dropped one of the most talked about verses of the year in SA hip-hop. The song on which he appeared, Frank Casino's "Sudden," just got the visual treatment.

The video kicks off with a scene that looks like it's off of a mafia movie. Frank reminds his goons how far they've come, and that they succeeded independently. The rest of the video, which is directed by YeahLenzo, shows Frank and Cassper rapping in front of luxury cars.

"Sudden" uses the same hook as Lil Baby's "All of a Sudden"—clearly rappers, regardless of location, don't like rapping for free.

"Sudden" is taken from Frank Casino's 2018 EP Heroes of Tomorrow, and it looks like it will appear on the East Rand emcee's upcoming album INDEPENDENCE DAY.

Watch the music video for "Sudden" below, and stream the song underneath.