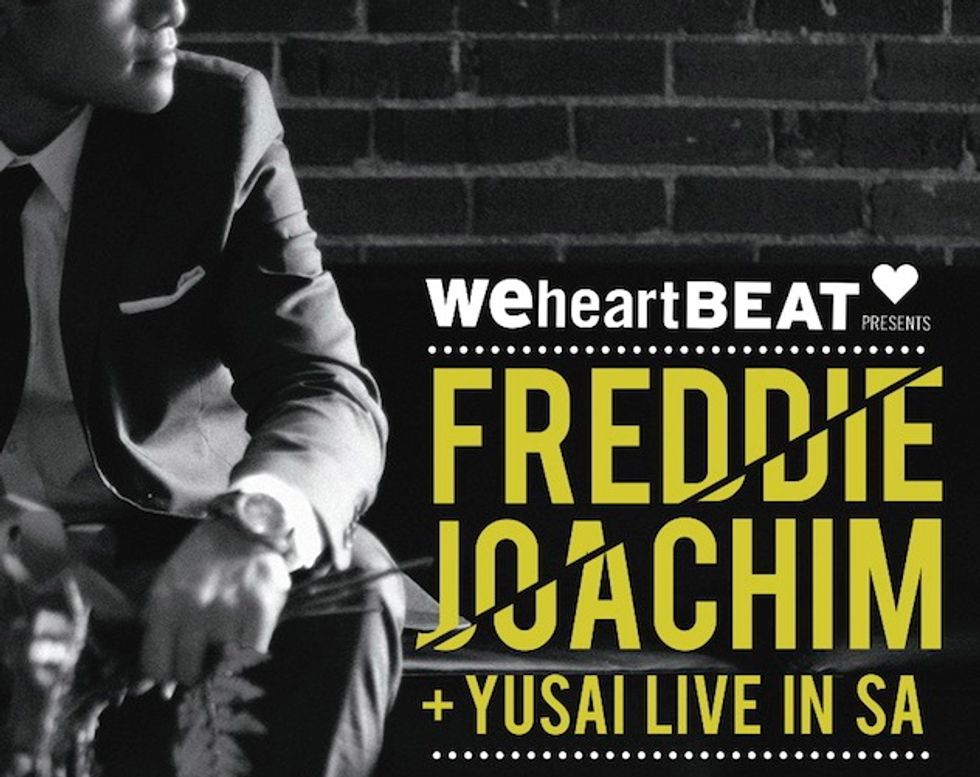 Freddie Joachim and Yusai spoke to Okayafrica in the lead-up to their upcoming November South Africa tour.

After sending over some South African flavour the likes of Seth Williams, BIG FKN GUN, Christian Tiger School and Jumping Back Slash, we spoke to purveyors of hip-hop beat bliss, Mellow Orange's Freddie Joachim and Yusai, as they prepare for their upcoming November South African tour courtesy of WeHeartBeat, the same platform that broughtEric Lau and Chief & Deheb to SA. All 'round lovers of beats and life, Mellow Orange and WeHeartBeat are set to join forces to bring SA a monumental moment in hip-hop events. Read on for the dirt on all of them below!

Shiba for OKA: Ah formalities! Let’s get to know you guys a little better. Who you are, where you’re from and what you do?

Yusai: My name Yusai and I’m the co-founder/A&R/DJ for Mellow Orange. I’m originally from Japan but I have been living in the Bay Area, California, for as long as I can remember. My main day-to-day duties for Mellow Orange consist of communicating with artists, scouting new talents, brainstorming ideas and outlining future direction for Mellow Orange.

Freddie Joachim: I'm Freddie Joachim, born in the Philippines, and grew up in San Diego, CA. I've been a DJ since the mid 90s, and got into producing music in 2000. I've been fortunate to have worked with some very talented artists and companies through the years. As well as helping run the day to day operations of Mellow Orange along with Yusai.

OKA: And WeHeartBeat? Who’s on the team and what are you bringing to the table musically, conceptually, etc that we haven’t had before?

Dom: Hi, I’m Dominique Soma. WeHeartBeat is made up of Unlearn Agency and Dj Symatics, as well as our new designer R!OT, who are all well-established leaders in the forefront of our industries. We’re home to a niche collective of music makers and followers over the past year, establishing a base where the art of producing is celebrated above all else!

OKA: I'm sure people pronounce your names wrong really often. What are some of the weirdest pronunciations you've had?

Y: Well I’m sure Freddie often gets his name butchered more than I do… but I have heard people often pronounce my name from anything like “you-sir,” “you-san,” to “you-sire.” I often like to refer myself with common American names like “Steve” or “Michael” to avoid the hassle of people pronouncing my name incorrectly.

FJ: I've heard every variation possible of the pronounciation of my last name. It happens so often I don't bother to correct it, unless they ask. Some of my favorites are, "Joe-Kim," "Joe-Chim," and "Walkim." But it's pronounced JO-AH-KIM.