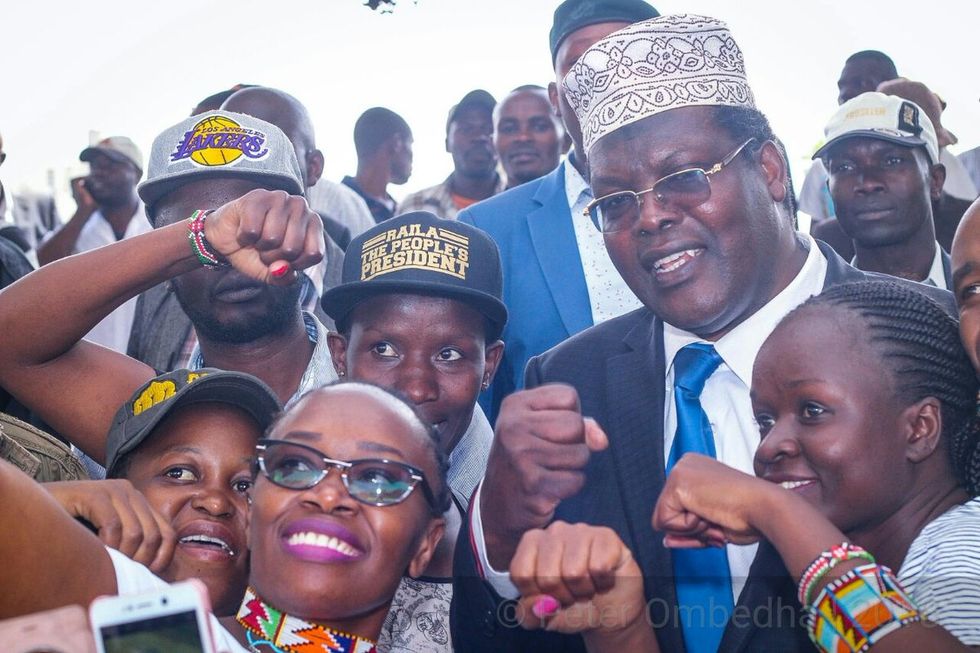 Miguna Miguna was arrested last week in connection to his role in Raila Odinga's swearing in ceremony.

Kenyan political activist and controversial lawyer, Miguna Miguna was arrested last week in connection to his role in presiding over the makeshift "swearing-In" of Raila Odinga as the "people's president."

After spending the weekend in jail depite an initial court order, it appears Miguna is still being held in contempt. Judge Luka Kimaru of the High Court asked authorities to allow Miguna to appear in court on Friday, but police officers did not comply and failed to produce Miguna for his court appearance.

According to Miguna's lawyer Edwin Sifuna, he suffered an asthma attack while in police custody and was refused medical attention. "We are fearing for the life of Miguna. Is he alive? Is he dead? Is he in a hospital," asked his lawyer during the court appearance.

@JosephBoinet @FredMatiangi Not only is it inhumane for your officers to deny Miguna access to his asthma inhaler o… https://t.co/1xrivXgxUW
— Esther M Passaris (@Esther M Passaris) 1517756820.0

Now, many Kenyans are divided about whether or not Miguna should be releases. While some believe that he is being held unlawfully and should be released immediately, others are pointing out some of Miguna's past offenses as reason for him to remain in police custody.

Many on the social media are sharing their thoughts with the hashtag #FreeMigunaMigunaNow.

The DCI and IG have failed for a second time to obey the High Court and produce Miguna. Eerily similar to the exper… https://t.co/H1yjCFcZDY
— Edwin Sifuna (@Edwin Sifuna) 1517837040.0

A regime that does not respect our Constitution. and the judiciary is a failed regime. why be in power if you do no… https://t.co/hpZJKljJfY
— Sen ledama Olekina (@Sen ledama Olekina) 1517744847.0

We cannot afford to have a country where the law enforcers are inhumane and openly disobey the Supreme Law. #FreeMigunaMigunaNow
— Alex Odhiambo (@Alex Odhiambo) 1517857123.0

Inspector General of Police Joseph Boinnet has once again been ordered to produce Miguna for a hearing at 9 AM on Tuesday. We'll have to wait and see if he delivers this time around, and what the Kenyan people will have to say about it.