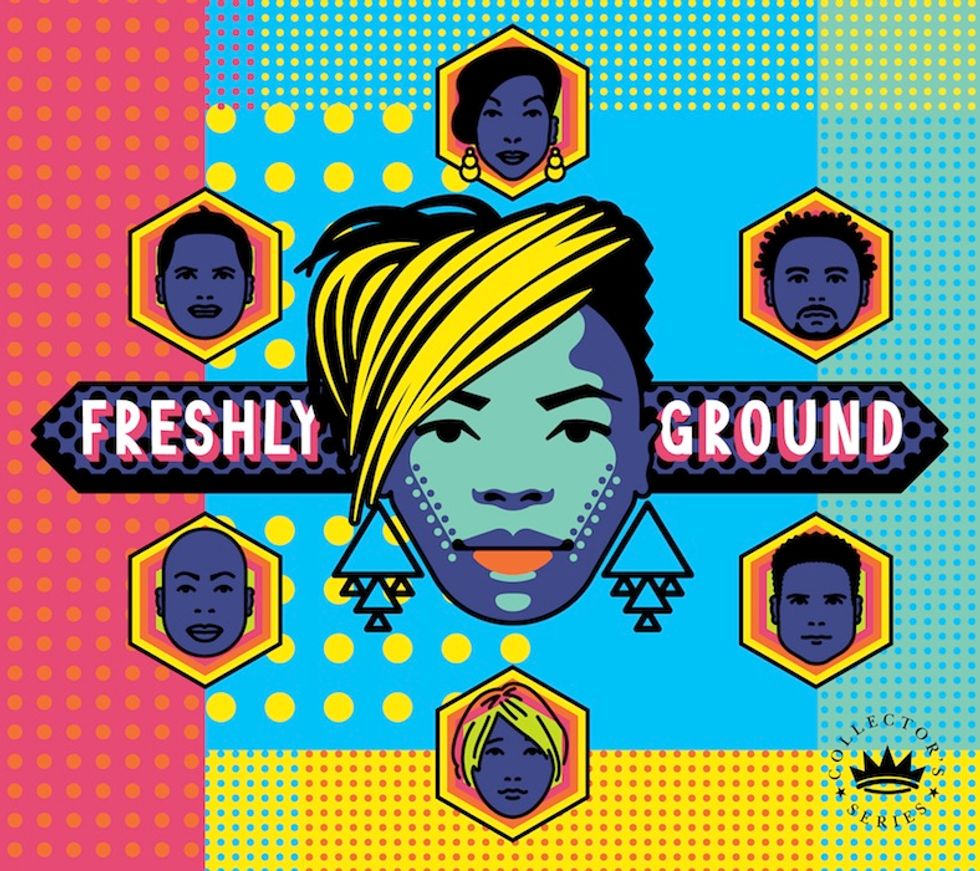 Afropop darlings Freshlyground are back to their unify-a-nation roots on their latest self-titled compilation. After catering to a surprisinglydark urge on their fifth studio album Take Me To The Dance, the South African-based collective have returned to spread the love via vibes they know best.

It was bound to happen that a band beloved for their 'post-'94 rainbow nation' epitomizing shows would make those performances available on an anytime/anywhere basis. Live renditions of iconic material ("Doo Bee Doo" and the World Cup famed "Waka Waka") are inarguably a pleasant trip for the diehards (and there's a lot of them). But it's unreleased gems that stand out on Freshlyground. "Refugee" in particular is the dance-centric collective at a highpoint of samba. Boxsta's rework of "Take Me To The Dance" is an additional treat that transforms the electric-leaning standout into a, dare-we-say, club banger. Offering listeners an archaeological look at the past both memorialized and newly uncovered, Freshlyground has the makings to win over a population of already loyal hearts. The compilation is out now via African Cream Music.