The Indie Artist You Need to Listen to This Month: Fusilier 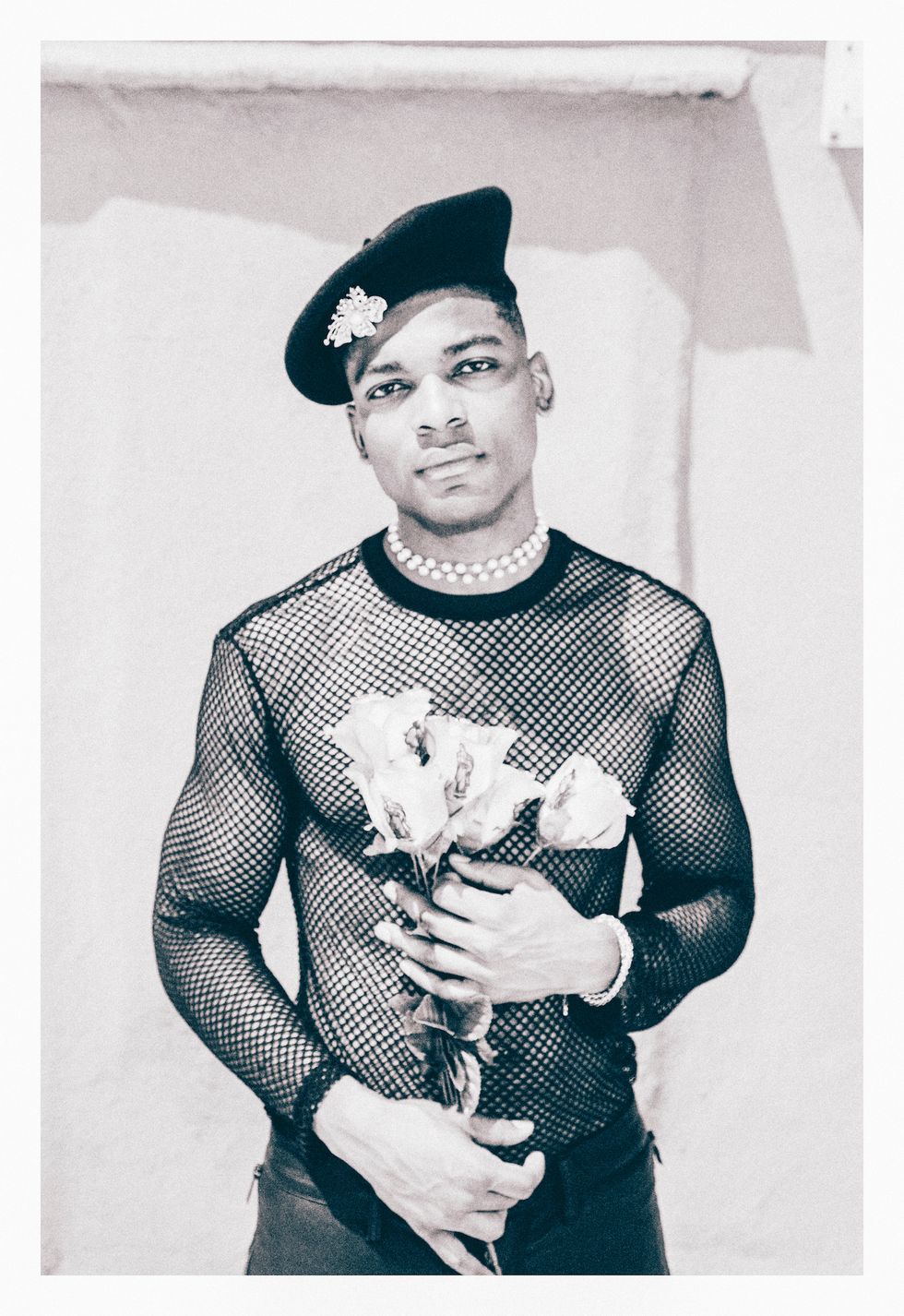 You need to listen to Fusilier.

This series features most exciting independent and alternative artists from Africa and its diaspora. Black artists are complex and multidisciplinary. Every month, we'll introduce the hottest, boldest musicians out there that you need to listen to.

"Queer art is so good because we don't have to be or do whatever's expected. It's about breaking down walls. My first exposure to queer culture was sneaking into gay bars in Midtown Atlanta talking to queer people realizing that we were all stitching together our own identities and we can be whoever we want." reveals Blake Fusilier aka Fusilier, a New York-based indie black punk R&B artist. His new song, "Upstream," has just been released.

He describes his sound like "the sound of a scythe dragging across a hardwood floor. There's anything interesting within the walls of 20th century racial constructs that we call genre. I just chase emotions and colors so that every song gives the listener a particular feeling."

And feelings we go through, indeed, while watching his art. His song "Make You" is a hypnotic one, his beautiful voice almost a whisper in a song infected with '80s pop rock and heavy drums. In the music video that he wrote and produced himself, Fusilier, takes on many masks and appearances like a chameleon.

The inspiration came from Chicago's Cell Block Tango. "Maybe the video is about the expectations and limits, both real and self-imposed, put on race. The characters have different personalities, but ultimately they're all pressures that I feel to be or not be one way. I'm interested in what other people think the video's about because I put so much in it—violence and blood deprograming of white supremacy and anti-blackness."

In a music industry where it seems that black people can only be black, and queer people only be white, an outspoken artist like Fusilier stands out. But being at the intersection of two complex identities mean that it's harder to fight for representation and, for Fusilier, it means making the kind of music that show that queers artists are versatile and can make anything. "For most people, queer is it's own genre that's only about night life.There aren't an army of queer Black execs and agents. They take time to understand what you're doing, or if they don't get it at all they want you to prove that people with better taste get it. The worst of it is that people are lazy."

The ability to move around space as a black queer singer has allowed Fusilier to connect more with people. Once someone that everyone was seeing, he is now is spaces where he belongs and he is the norm. "I think you're going to see more and more collaborations and a community that continues to grow."

Fusilier is an Atlanta transplant in New York, which gives him the ability to be around outsiders like him. "Instead of some vague idea of writing for the outcast, I've been able to say 'I feel like that too. I've been working on a song about it.' It's a lot more inspiring to go through life establishing lasting connections like that." He explains, regarding his writing process.

However, being in a city where everyone is hustling towards their dreams of making it in the industry has given him the confidence to resist having his sound be changed.

His hometown is still on his mind, especially how culturally relevant the black mecca has been for the past decade : "I still sound like Atlanta. Everyone asks why I don't do rap and trap, but I kind of do. I grew up listening to Andre 3000, Project Pat. There's so much more sing song-y melody in the Dungeon Family and Three 6 Mafia than people give them credit for. You can hear it when Future and Migos sing. When Missy came out and started blurring those lines I saw a little of me as well., with songs like 'Beep Me 911' and 'She's a Bitch.' Is she rapping or singing? I think my affinity for '80s and '90s alternative is the reason I memorized all of MEMPHIS when it came out. There's a sound of fear and desperation and being backing into a corner and heat, intense heat. That's usually where I write from."

His inspiration is diverse: from the Rod Stewart and Queen songs his mom made him listen as a kid, to the soul train reruns on TV he would faithfully watch. "I guess I never internalized that they were different. It's the artist's job to create something new from the world around them. It's hard to grow up in this country and see one thing on the TV and another when you open your door and go outside and not have both in your heart."

Fusilier is lucky enough not to feel any pressure to fulfill his family wishes of having a so called "proper job" instead of fulfilling his dreams. His family is a huge source of support, encouraging him to chase his own happiness: "They all made a video dancing to 'The Moment' when it came out. It's really all unexpected and beautiful. I think it helps that I chose our family name as my artist name. I'm representing them."

As for what's next for him, career-wise, Fusilier has an EP coming out soon and a full length album at some point. As an indie artist, the pressure is there to release something quick that audiences are really going to buy into. However, he's not worried: he is here to stay.