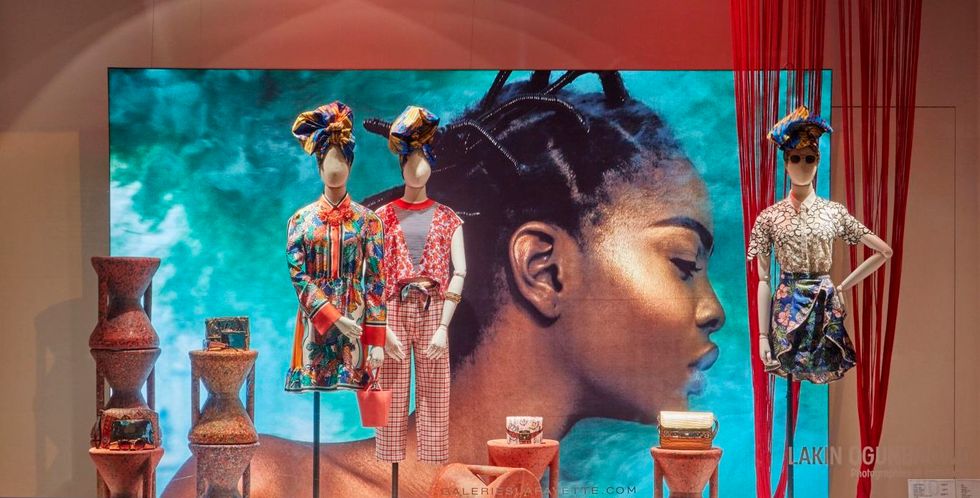 PARIS—The Nigerian photographer, Lakin Ogunbanwo, is among a group of artists commissioned by French retailer Galeries Lafayette to create work for its flagship store, Boulevard Haussmann.

The exhibition is called "Africa Now" and, as if to challenge the neat summation of the title, Ogunbanwo intends for his work to show a “multifaceted africa” with his photographic installations which are recognisable for their rich textures and colours and sensible depiction of dark skins.

We asked Ogunbanwo for his thoughts or ideas when he knew he was going to begin the commission to which he says, “I was just freaking out at the idea of doing 11 windows, my mind was literally buzzing. There wasn’t one thing i thought or didn’t think about. I eventually settled on shooting what i know which is home”.

Africa Now ends on June 10th. See the images in the gallery below.