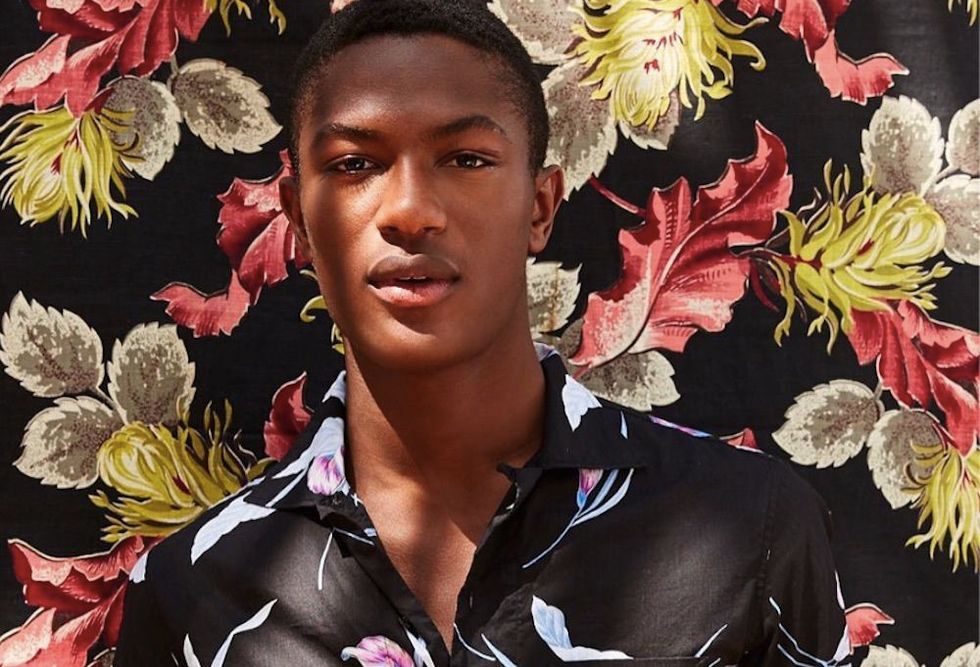 Here are 12 African male models that need to be on your radar.

Fashion is inextricably linked to its models, and models of color consistently serve as muses for top designers.

In an industry often criticized for its lack of diversity, these faces shine a bit brighter than the rest—it's practically impossible not to notice their glow.

Below, we’ve hand-picked twelve male models who are breaking boundaries and runways. Trust us, you want to get familiar with these names and faces.

Ferreira has been featured in Joe’s Jeans and Pyer Moss Campaigns. He’s been seen in Paper and King Kong Magazine editorials and he’s hit runways for The Blonds, Carlos Campos and Rideau. We’ll let the pictures speak for themselves.

This heartthrob is both a footballer and model. He is one of the most sought after men in the industry. After becoming the face of Burberry in 2011, his career took off. He’s modeled for American Eagle, Gap, Espirit, Forever 21, H&M, Moschino, Dolce and Gabbana, Calvin Klein, and Tommy Hilfiger to name a few. He’s been in GQ and Elle editorials and walked for Armani, Tods, Dsquared2 and Vivienne Westwood.

Years ago, “It boy” Bosso was signed on the spot the same day he escorted his girlfriend to an agency. He is a fixture with one of the most notable brands in the industry: Dolce & Gabbana. What’s most refreshing about this model is his recognition of the need for diversity in his industry. You can spot him in the Rihanna Takes Flight Harper’s Bazaar editorial. He’s also walked for streetwear brand Hood By Air and for Jeremy Scott. More recently, you can catch him in Theory, Levis, John Elliott, Express and Ikiré Jones campaigns. The creative even has a budding music career!

To describe this model as tall, dark and handsome would be an understatement. His bone structure and skin are the stuff dreams are made of. You can spot him in Vogue Italia and GQ editorials, as well as in campaigns for Nike, New Era , Clarks and Calvin Klein.

I implore you to get familiar with this model because he is literally everywhere! He has walked in shows for Michael Kors, Commes des Garcons, MSGM, Zegna, Kenzo, Margiela, Fendi, Missoni, Ferragamo, Marni and Hermes. He’s also been in campaigns for Gucci, Balmain, Barneys and Benetton. His resume is a laundry list of some of the most notable fashion brands in the industry.

This model oozes “Black Boy Joy” and is a newcomer to the industry. His resume already includes walking for Gucci and a Pacsun feature. He and his brother even have their own clothing line!

This Calvin Klein muse, artist, photographer and model has always had an interest in sports and art. It comes as no surprise that his career has gone as far as it has. He’s worn designs by Louis Vuitton, Hugo Boss, Vivienne Westwood, D&G, and Hermes and appeared in advertising for Barney’s, Banana Republic and Express.

Cabral is a man with a 16 year career under his belt. He’s been the face of Benetton and an Alexander Wang/Puma collection and walked for Ozwald Boateng and Dries Van Noten. Mario Testino has shot with him on a number of occasions. Few are the brands he hasn’t worked with. His newest venture is a shoe line.

Ty is another model who was placed on the map by a Benetton campaign. He is distinguished by his cat-like green eyes and messy afro. He has walked for Dior, Versace, Belstaff, DKNY and Etro and can be found in lookbooks for Abercrombie & Fitch, Hermes and The Kooples with his new bride.

Despite being a newcomer on the scene, this model has already walked for Fenty, Louis Vuitton, Coach, Theory, Y-3, Lanvin, Fendi, JW Anderson and Comme des Garçons. He’s been in an Adidas lookbook, as well. His personal style looks like it came out of streetwear editorial and he exudes the confidence of someone who has been in the industry for a long time.

This South Korean model is regarded as the first black model to walk on runways in his country. This didn’t come easy and neither has being biracial in a nation like the one he was born in. He walked for Heich Es Heich in 2016 and has been breaking down doors since.