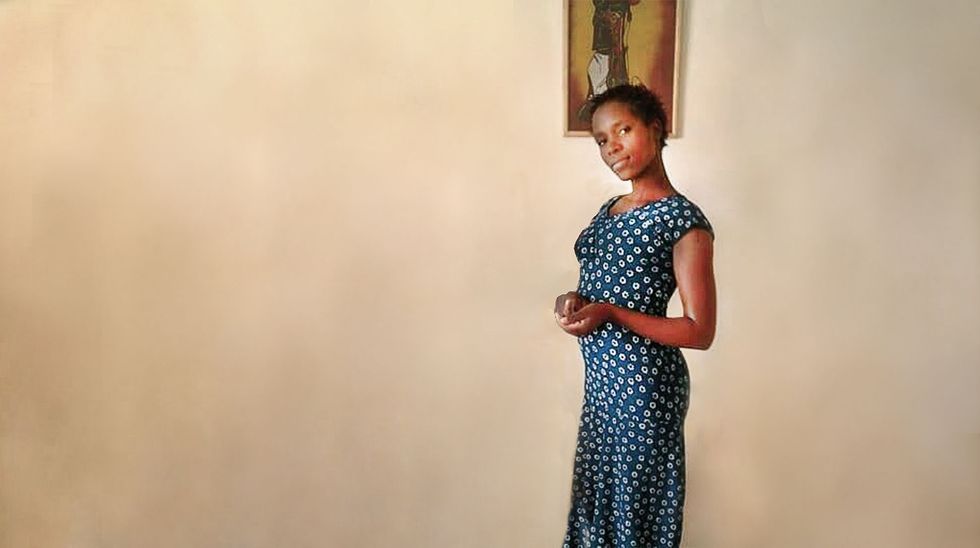 Two years after surviving the massacre at Garissa, this Kenyan student tells us about recovering from trauma and her plans to spread peace.

It’s been 2 years since Cynthia Cherotich witnessed 147 of her classmates killed by Al-Shabaab militants at Garissa University in northern Kenya. She survived the massacre by hiding in a cupboard under a pile of clothes—only emerging two days after the attack. Today, Cherotich is completing her studies at the Università per Stranieri di Perugia in Italy and considering a career in Kenyan politics.

The 21 year old student was one of 25 Kenyan students given the opportunity to study in Italy after the Garissa attack—part of a partnership between the Kenyan Government and Italian Embassy in Kenya.

The attack was the deadliest since Al-Qaeda’s bombing of the United States embassy in Kenya 1998, which killed 213 people. It also came a year and half after Al-Shabaab terrorists targeted a Nairobi mall killing 67.

OkayAfrica spoke with multiple survivors who were not ready to go on the record about their ordeal. Cherotich, though still fearful, felt that it was her duty to tell the world her story as a way to advocate for nonviolence. We reached her in Florence.

Placide Magambo for Okayafrica: Tell me about your memories of the day your school was attacked?

It is like yesterday. It was the worst day of my life that I’m always trying to forget. Unfortunately it always comes back in my mind or through nightmares even if I avoid thinking about it. Whenever I talk to my colleagues who were there that day we try to avoid talking about it but it is something that cannot change. We have no choice but to face the consequences of what we went through.

How do you feel since moving to Italy?

When I was still in Kenya it was not easy—I was always afraid that it could happen anytime again. Since I moved to Italy I felt like I am away from the danger. I am trying to recover from those bad memories. I try to smile with my friends, but of course I miss home and my family and my colleagues at Garissa.

Did you feel like you wanted to go back to Garissa University when it reopened?

No, fortunately I was already here in Italy and I didn’t feel the courage to go back to Garissa. Neither did my colleagues who survived Garissa. We were all traumatized by what happened to us but they had no choice—they had to go back. I feel sorry for them. I know how all of us were afraid to get back there.

How did you commemorate the second anniversary of the terror attacks at your school?

I got together with my colleagues to remember, and we kept in touch with our colleagues at Garissa during the memorial ceremonies. I am glad that our principal Ahmed Warfa mentioned that the security measures have been strengthen to protect the students and the staff. It is not easy to forget and the wounds on our hearts and bad memories are still fresh but I hope that with time we will recover. I wish that my colleagues that survived the attack would get the same opportunities like I did so that they focus on their studies without fear of another Al-Shabaab terror attack. Let’s hope that it will not happen again.

Do you face a lot of challenges starting new life in Italy?

Yes I do, especially at school learning in another language that I never knew before but I am adapting quickly to the change and I am glad that I am improving well, as I am studying literature and languages here. I love that challenge of learning as many languages as I can. Beside the school it was really difficult to get used to the food here, but mostly I cook for myself —Kenyan food—even if it is not easy to get the ingredients.

What is your dream of the future after you finish your studies?

I could go back to Kenya, but I haven’t yet decided what I will do. I am interested in politics—I feel like there is a lot that I can contribute so that our countries can stop conflict. There are unnecessary conflicts based on politics and religions that kill lots of people. I would be happy to see our families living together as one regardless of our differences. I remember when I was a little girl how we were threatened by the post-election conflict in our country when so many people lost their lives. The same story is still happening in neighboring countries whenever elections happen. The youth should refuse to get involved in these kind of conflicts. I experienced that horrific situation when Al-Shabaab attacked my school and it is because of the propaganda based on wrong politics and beliefs that the youth get manipulated and involved in terrorist groups with bad intentions. Again, the victims of that terror attack were the youth. It is time to change our mind and work hard for peace and stop the violence.