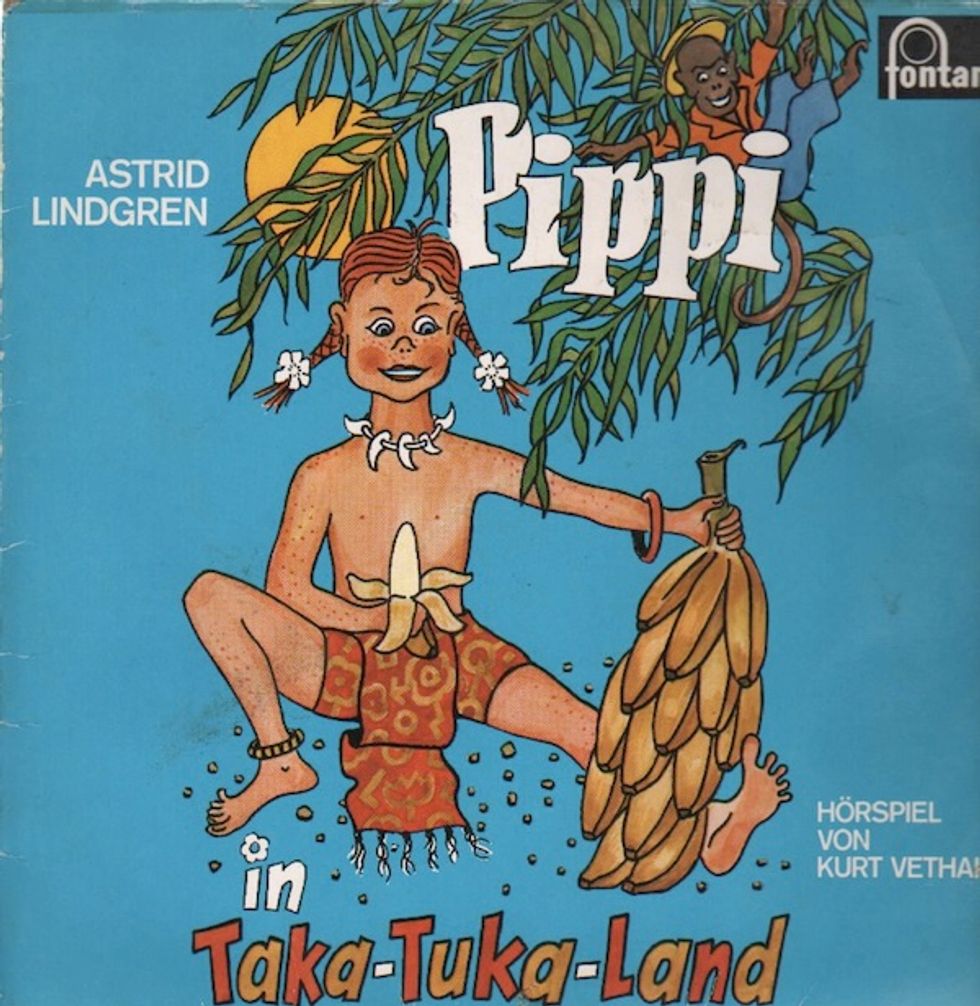 Nine Year old Afro-German Ishema Kane wants racist words like 'Neger' to be removed from children's books and tells highbrow newspaper Die Zeit: "I find it totally shit that this word should remain in children’s books if it were up to you"

Ishema Kane is one fierce nine (and a half) year old. Last week she penned a furious letter (interspersed with hand-drawn lightning bolts) schooling the editors of respected weekly German newspaper Die ZEIT on their defence of the derogatory word 'Neger' in children's books. Ishema, whose dad is from Senegal, was responding to an article which argued that the slur, which translates roughly as Negro or the N-Word, should not be removed from children's books like German classic Die Kleine Hexe. Apparently this is an opinion shared by 48% of Germans.

The row over removing racist language from books aimed at children is not new, and Europeans are particularly antsy about the idea. In 2007 Congolese campaigner Bienvenu Mbutu Mondondo launched an ultimately unsuccessful bid to have the Tintin in the Congo books banned, and the debate spread from Belgium across Europe (see #tintingate). Change, where it happens, is often hard-won: people are still smarting after publishers turned Pippi Longstocking character 'Negro King' into the 'South Sea King', and Roald Dahl was irate about the NAACP ruckus that forced him to change Willy Wonka's Oompa-Loompa's from enslaved African 'pygmies' to green-haired imps.

Ishema suggests that instead of pontificating on artistic integrity or comparing redaction of racist words to book burning, white Germans should think about the effect such language has in today's context "You cannot imagine how I feel when I have to read or hear that word. It is simply very, very terrible. My father is not a ‘Neger’ [lightning bolt sign] nor am I. This is also true for all other Africans." Thanks to Afropean blog Stop! Talking for the translation and scan of the German original. Ishema deserves a Woman of the Year nomination for this one:

You’re in luck that I’m at least writing this letter to you in my best handwriting because I am very angry at you. Why should it not be prohibited to write ‘Neger’ in children’s books? One has to be able to put oneself in somebody else’s shoes. Because my father is Senegalese, and he is a very dark shade of brown; I am café-au-lait brown. Just imagine if you were Afro-German and lived in Germany. You’re a newspaper reader and unsuspectingly buy the ZEIT of January 17th 2013. Suddenly, you note the article ‘The Little Witch Hunt.’ This is when you read that the word ‘Neger’ is supposed to be deleted from children’s books, and that this would allegedly spoil the children’s books. I find it totally shit that this word would remain in children’s books if it were up to you. You cannot imagine how I feel when I have to read or hear that word. It is simply very, very terrible. My father is not a ‘Neger’ [lightning bolt sign] nor am I. This is also true for all other Africans. Right. That was my opinion. This word should be deleted from children’s books.

P.S.: You’re welcome to send me a response.