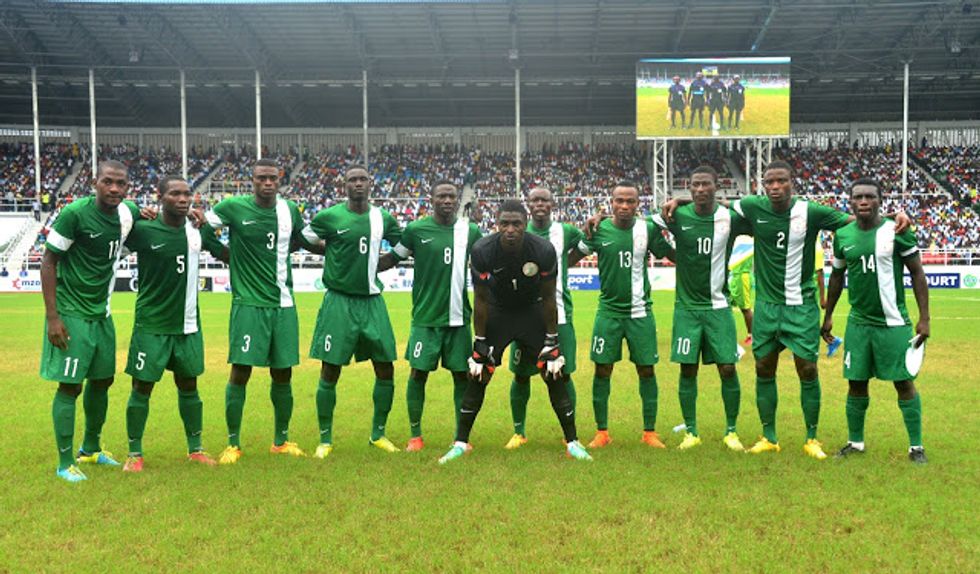 Nigeria’s U-23 squad is still in contention for the bronze medal and possibly a $10,000 payday for each player.

Nigeria’s football team had its Olympic hopes trampled by Germany, losing 2 to 0 in the semifinals match at Arena Corinthians in Sao Paulo.

Their loss means they still have a shot at bronze, which could translate into a $10,000 payday for each player from the squad’s Japanese patron and plastic surgeon Katsuya Takasu. Reportedly he’s enroute to Rio to personally deliver the reward plus an additional $200,000 (£153,500) “special donation.”

However even if it rains nairas, the U-23 team’s crushing loss will weigh heavy on coach Samson Siasia, who brought home silver at the Beijing games and had his sights on striking gold in Rio.

Some fans have voiced their disappointment, others have been stunned into silence:

Good game Nigeria!!! for a soccer team the government didn't care much for, bronze is good enough. #ProudlyNigerian

Chai and popcy warned me not to be emotionally invested in this Nigeria soccer team.. #NGRGER ❌??

Nigeria’s soccer team, the Cowboys, Mississippi State, Why do I keep going for teams that continue to hurt me?

And so the two decade-long drought continues since the last time the Nigerians became the first African team to win gold medal at the 1999 Olympics in Athens, Georgia.