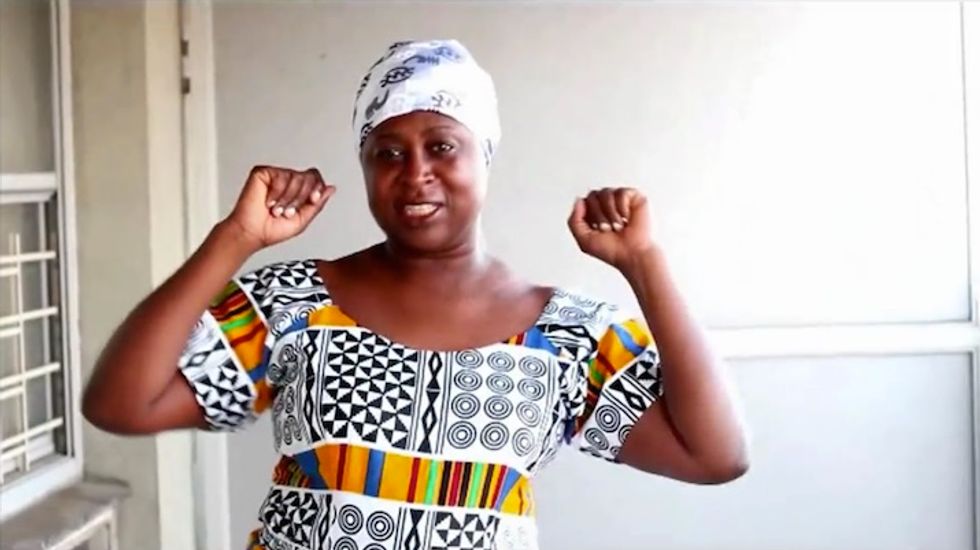 A forthcoming documentary from Rebekah A. Frimpong will aim to reveal the story of the Ghanaian dance known as 'Adowa.'

Screenshot via a teaser clip for Rebekah A. Frimpong's 'ADOWA'

A forthcoming documentary by filmmaker and poet Rebekah A. Frimpong looks to honor the sacred Ashanti dance known as Adowa. Currently in pre-production, the project will aim to demonstrate that film can be used as a medium for oral storytelling.

The popular Ghanaian dance is said to have been inspired by the movements of an antelope that was selected by the gods as a sacrifice for a sick Ashanti Queen Mother. According to Ghana's University of Education, Winneba, those called to slaughter the antelope imitated the animal's steps while celebrating the restoration of the Queen Mother's health. The dance stuck, and is now performed at traditional Ghanaian funerals and marriages.

ADOWA will mark the third documentary from the recent African Youth Excellence Award-winner, who explains on Indiegogo that she hopes to use the film to explore and share elements of her own Ghanaian heritage. According to Frimpong:

“ADOWA is set to have a huge impact on the work of preserving African culture and traditions in particular, with moving further the understanding of how oral literature lends itself to the everyday lives of African people connecting them to their past and present."

A website details how the film will reveal the cultural context of each dance:

“Going back in time with each melody that directs a movement, Adowa will start with a dance, then using music and song to further breakdown the story behind this dance. The Ashanti Akan dialect of Twi will be used to aid in further unmasking the origins of this dance."

According to a press release, ADOWA will be shot on location in Ghana in October, with an expected release of 2016. Keep up with the project via Facebook, Indiegogo and the film's official website. Watch a short teaser and an introduction from Frimpong below.